Takom posted an image of their upcoming releases on their Facebook page. Check them out! 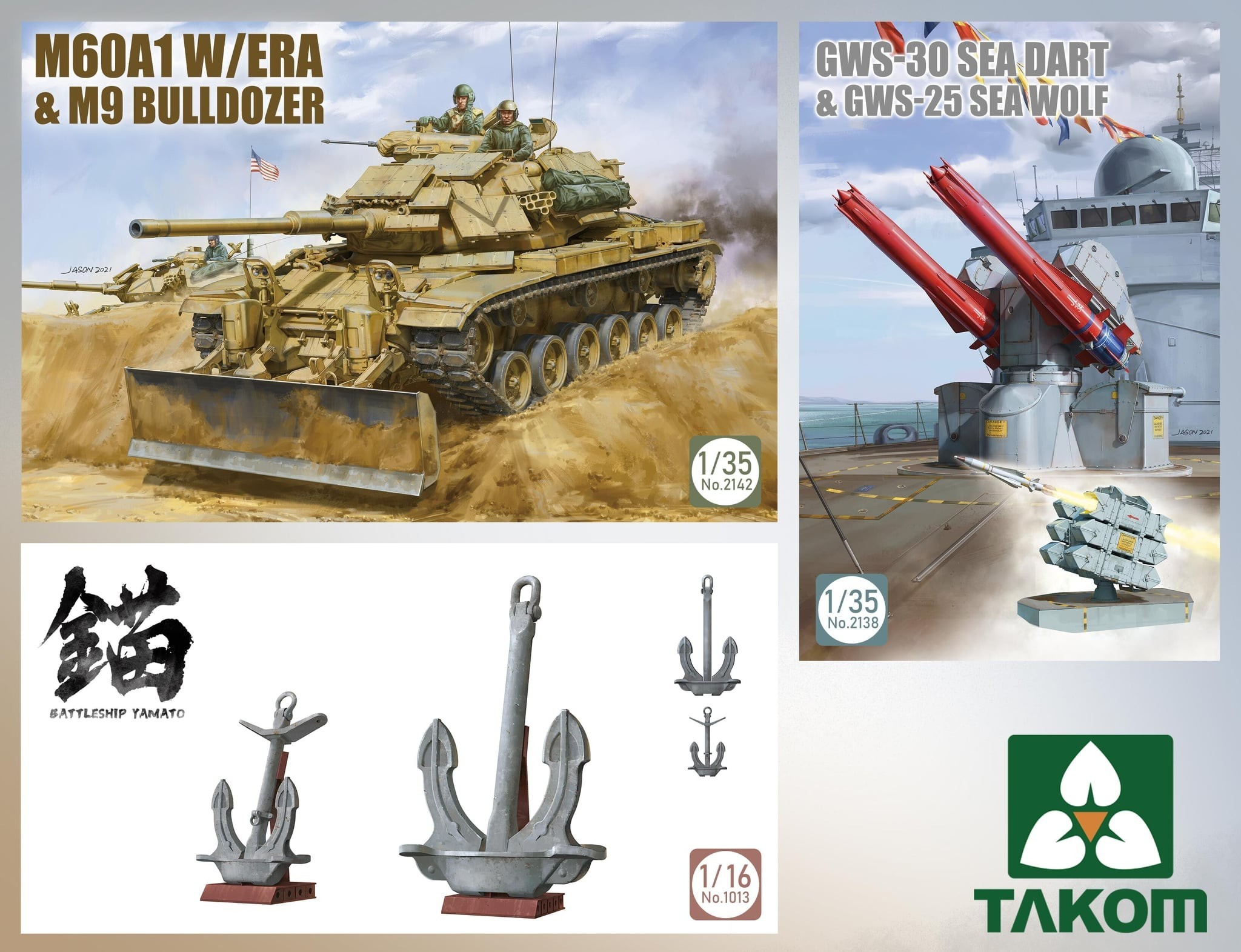 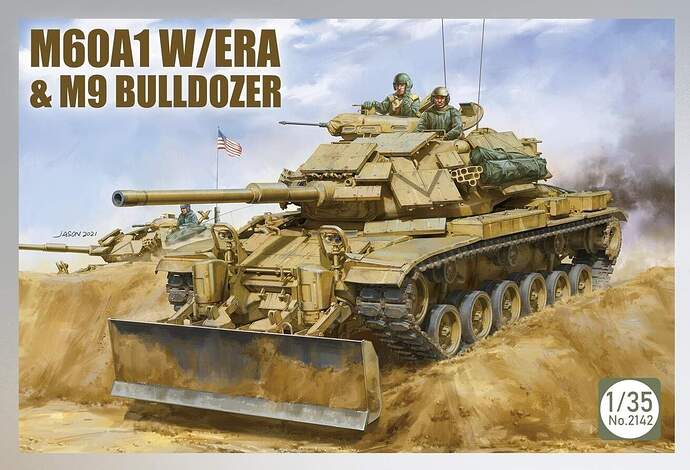 And I planned to build the exact one they used for their boxart. 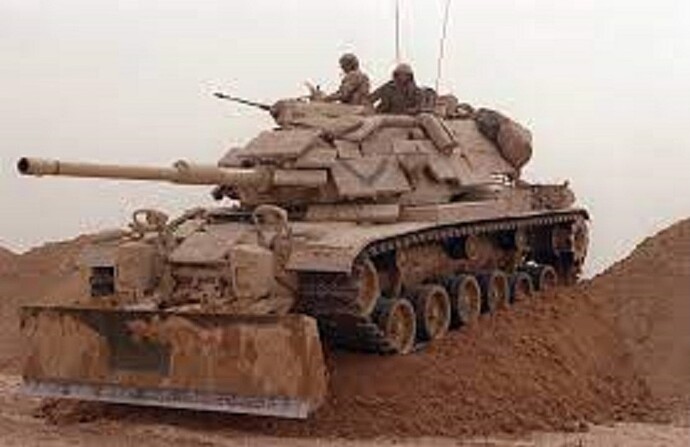 Thanks for “taking one for the team”

That’s how it usually works lol

Since the early kit is sold out I will get a few bladed kits to build as unbladed hogs. I mean “build” as in collect.

Exactly my plan. Though substitute ‘a few’ for ‘1’ in my case. I have enough M60’s in the stash as it is

Hey Gino make a M60 MICLIC then maybe one of the companies will make one lol.

I’m sorry for question… but what does it mean w Era?

ERA = Explosive Reactive Armour
Those funny blocks they stick all over the outer surface of older tanks to allow them to be used a few more years. ‘Explosive’ means that it contains explosives, ‘Reactive’ means that it only reacts to external input such as the explosives in a shaped charge warhead carried by and antit-tank missile or RPG round. ‘Armour’ is armour …

w is an abbreviation for the word ‘with’, commonly used by model companies

Reactive armour is a type of vehicle armour that reacts in some way to the impact of a weapon to reduce the damage done to the vehicle being protected. It is most effective in protecting against shaped charges and specially hardened long rod...

Reactive Armour shall NOT be confused with Active Armour or APS. Active armour contains sensors, a control system and a weapons system. Some of them are hard kill and some are soft kill. Hard kill shoots down or physically destroys the incoming threat while soft kill tries to disrupt or decoy the guidance system of the incoming threat. A “dumb” threat like an RPG round can only be handled by hard kill. The hard kill active armour can be compared with an anti-aircraft system.

Marketing video about the IDF Trophy system (one example of an APS, Active Protection System)

The tank has a lot of appeal, but I have to confess that the ship armament kits are pulling my eyes to them. Something big and different maybe!