I photographed last year a M88A1 from Arkansas National Guard. The track has several parts attached that I couldn´t identify. Does anyone here know what might be the function of these? 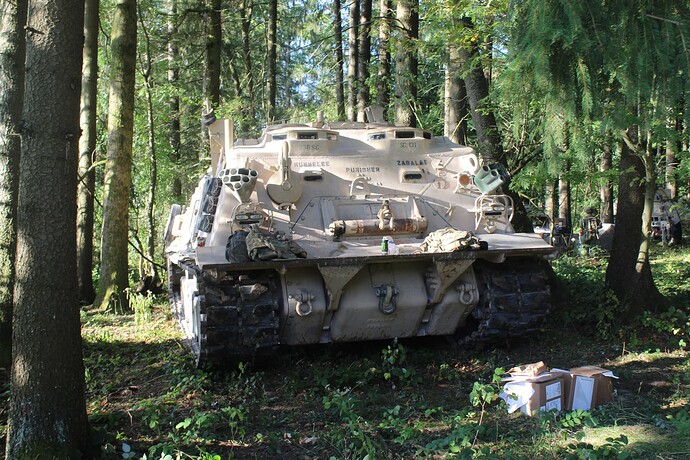 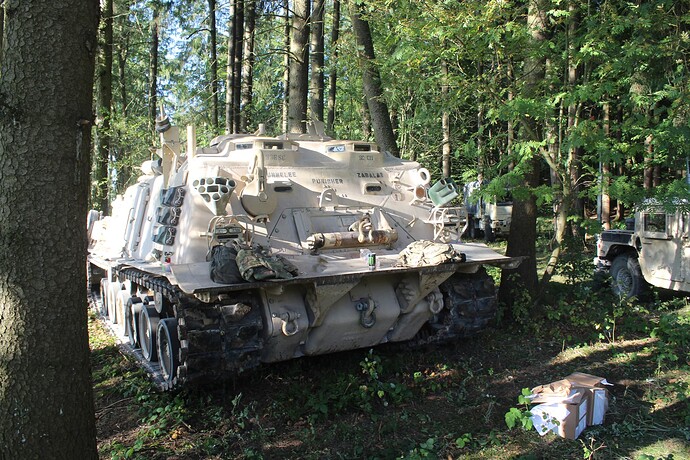 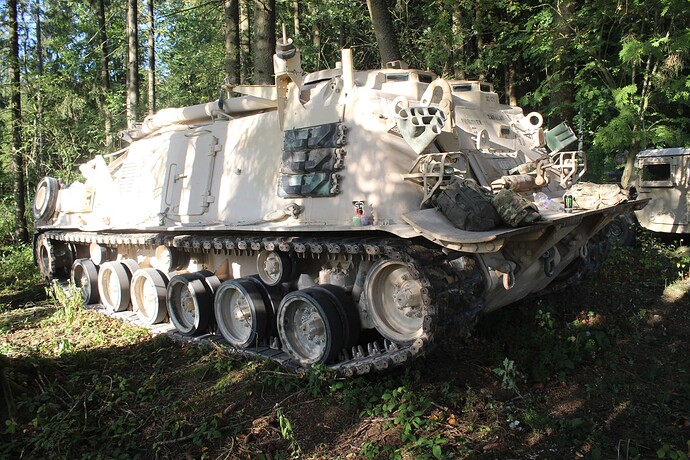 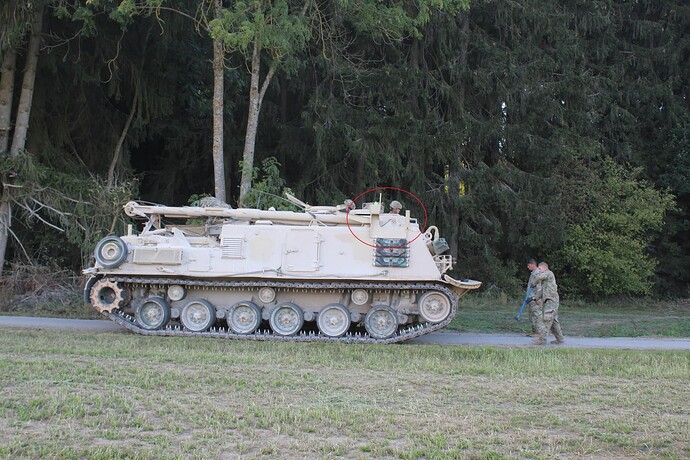 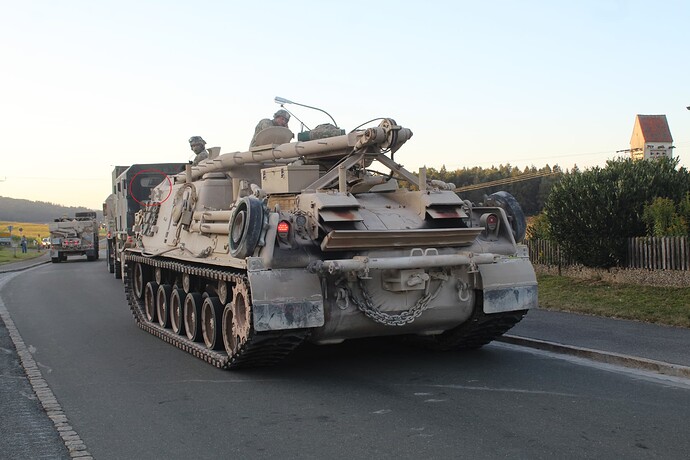 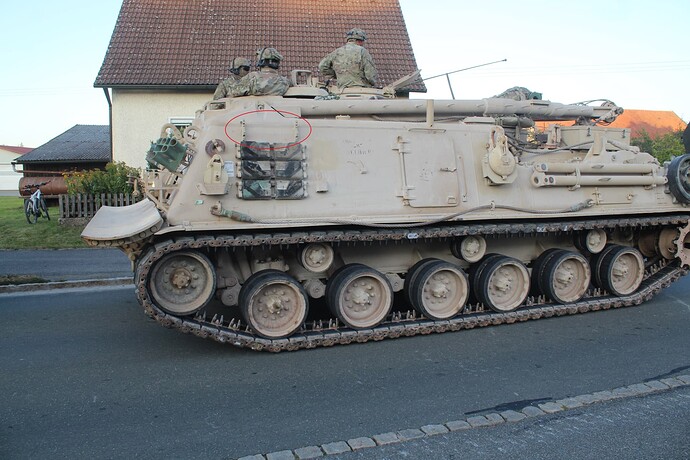 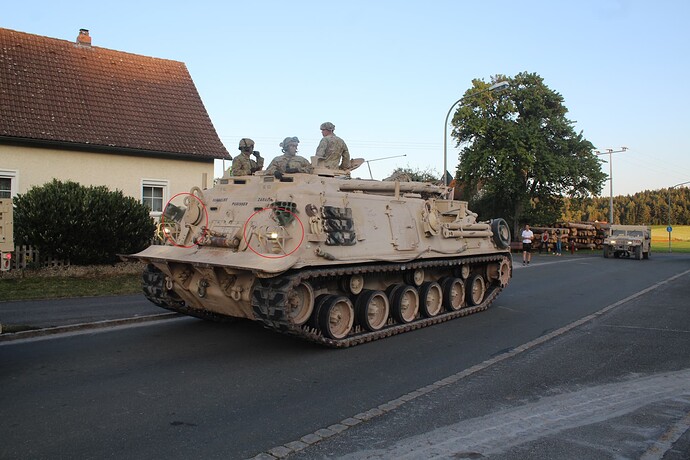 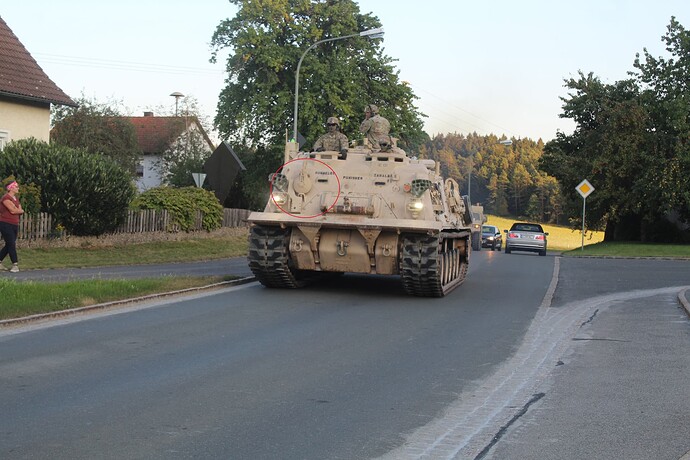 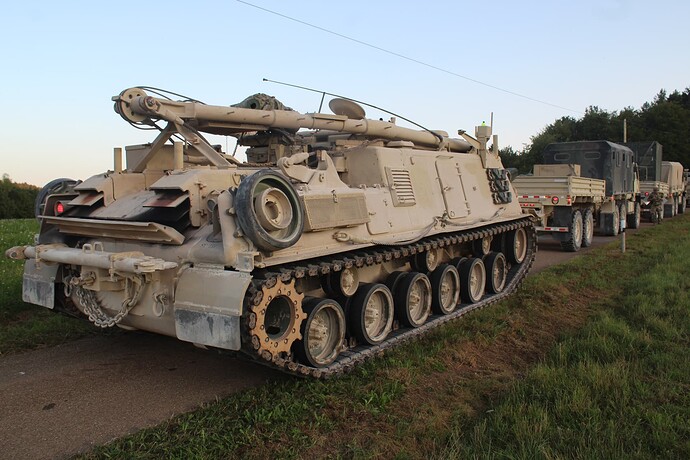 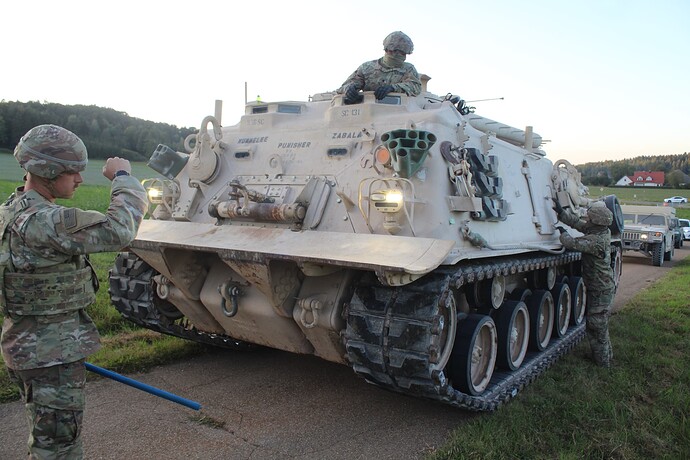 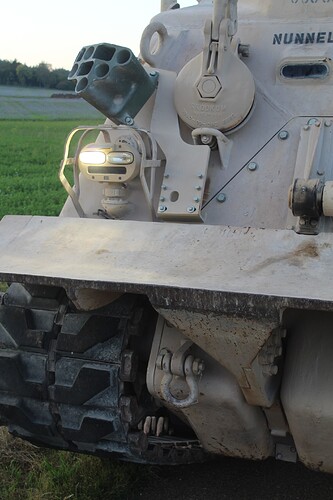 Not all of them and I’m prepared to be corrected but working from top to bottom you’ve circled:

The pictures where you haven’t highlighted things are too complicated to start labeling parts. 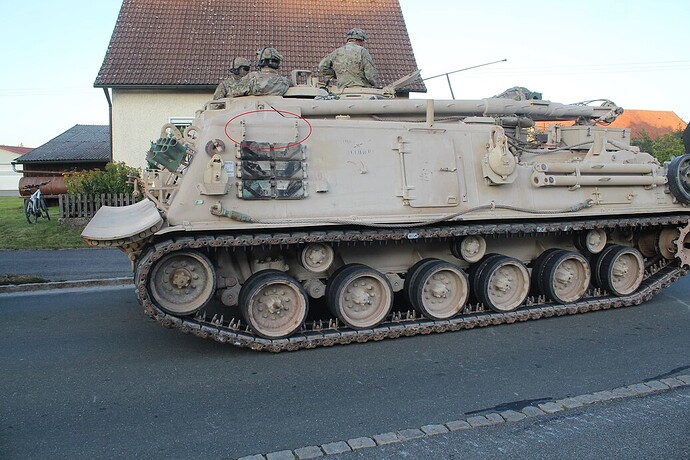 In the above pic, there is usually a box for storing spare smoke grenades, as below. It looks like the mounting points for the boxes.