does anyone know what color the underside of the wing slats and the filler panel they retract into should be on a me 262? camo color or rlm 02? i seen a color photo of a crashed recon 262 that nosed over so the slats hung extended and the panel underneath looks like the camo color but i see a lot of 109’s with the panel painted rlm 02. right now i am leaning towards rlm 76 for the slat underside and continuing the wing top camo to the filler panel under the slats. i should mention i am making the slats in the deployed position

By that stage of hostilities the standard appears to have been 02 for ferrous parts (like the gun bay and spars) but unpainted aluminium for internal surfaces other than the 66 cockpit. Fabric and wooden parts were still painted for protection.

RLockie, so where does that leave my slats and wing panels? should they be rlm 02? the underside of the slats themselves i have already painted rlm 76. what i need to know is the paint color for the leading edge of the wing that the slats retract onto. the model is molded with the slats retracted as in flight. on the groung they naturally slide forward exposing the area of the wing they would retract onto. what color would that area be? i am at the point where i am ready to paint the top camo but this is holding me up.
any help would be great
thanks- Joe

I think it varied a fair bit that late in the war. More than likely in late 1944 and 1945 they would have been unpainted.

For first 1/2 of 1944 they were more likely RLM 76 or 77, that is the same colour as the under surfaces of the aircraft. There are some colour pictures of WWII Me 262s that show the top surface colour flowing into the area under the slat. So I’m thinking the area on the wing aunder the slat was pained the same as the bottom colour then the top surface colour added with too much masking thru the slat area. Refer Aeroplane July 2015 for pictures of 262A-1a/U3 Wkn 170111.

This walk around maybe of some help.
Aeroscale Walkaround Me 262.

thanks for the help carl. doesn’t show what the top wing area that would be under the slat but this is obviously a restored craft. i don’t know how accurate it is painted either since they got the wrong color for the inside of the gear covers, painted rlm66 instead of rlm02 like the landing gear. i plan to paint the underside of the slats rlm76 just not sure about the wing panels.
did a search for the plane you mention. this is what i found 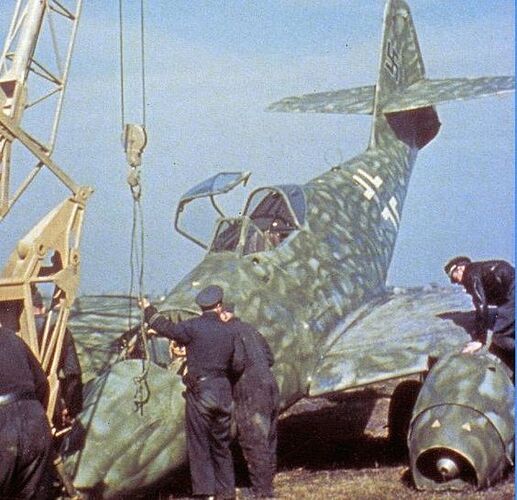 262 crash564×545 60 KB
if you notice the slats are in the extended position exposing the underlying panel. it looks to be painted the same as the camouflage on the wing. don’t know if this is the norm or the exception. then again i may be splitting hairs. is it that big a deal? i just am obsessed with accuracy at times.
joe
1 Like
Bomber14 July 25, 2021, 5:09am #7

found this too which supports what you said above about the camo flowing over the rlm76. 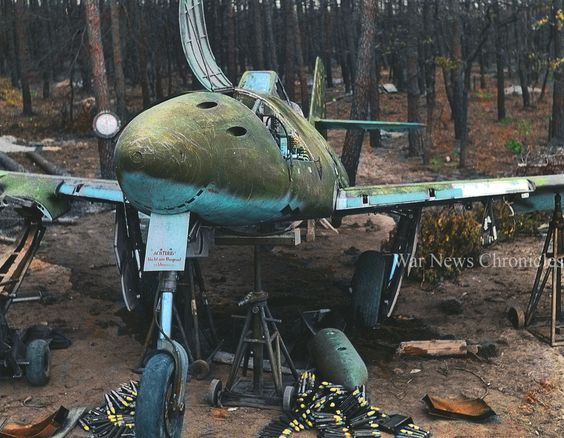