@TopSmith i would gander and say it is, i think it could be a problem of it sitting to far into the hull and needs to be pushed out a bit. Unfortunately when i bought this kit the road wheels were all put together as well as the arms being attached to the hull. I wonder if you could modify the real wheel enough to bring it out. I don’t think it would be to hard to do it was just take some time to play with it and get the right position.

Here’s a few in progress pics of the diorama base it’s coming together quite well. Should be done with it tonight and have it mounted by the end of the week. Only thing left to do is paint the trail and the commander figure. 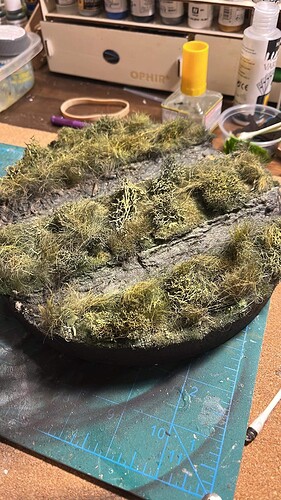 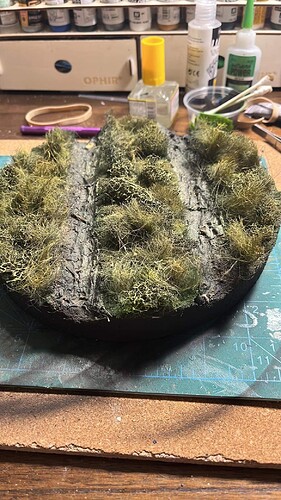 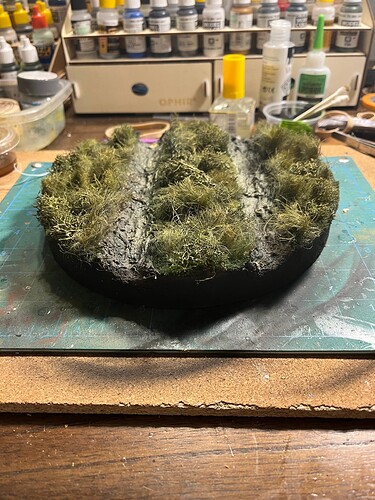 Here is a final picture of the crew member. It is alpine miniatures ss panzer commander #2. The figure was a simple build and straight forward with few pieces. He was primed with Ak black primer and highlighted with ammo Matt white. His base coat was slate grey and a drop of Matt black, this is from ammo migs panzer crew uniforms. Then i mixed slate grey with flesh light skin tone and created my highlights on the jacket and trousers. After that i went back and did shadows with a brush and Matt black. 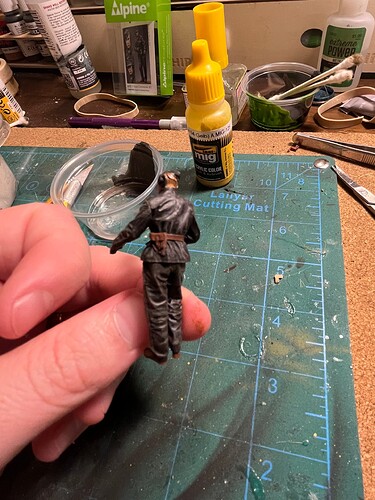 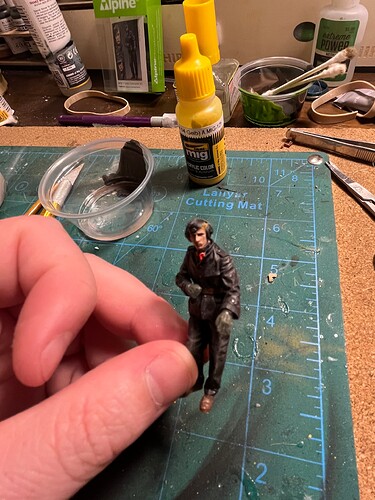 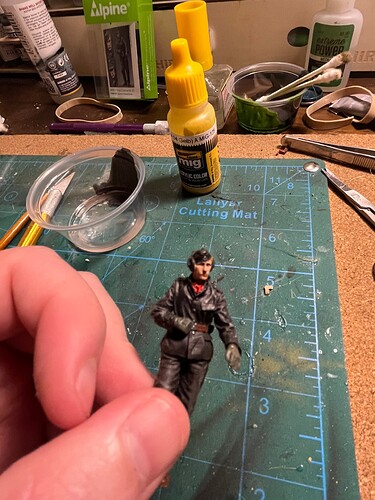 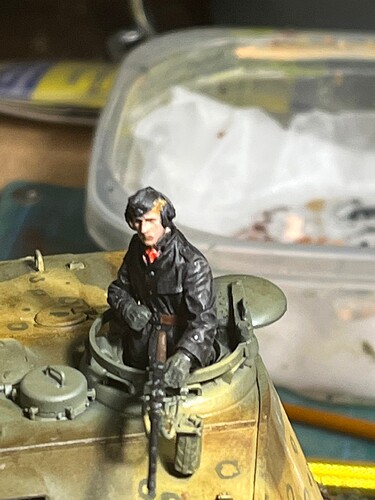 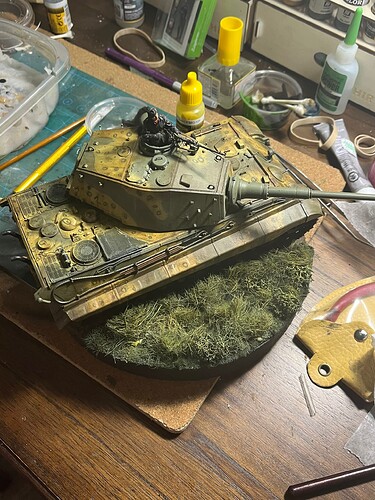 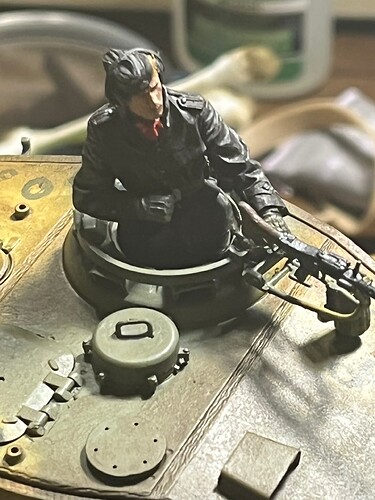 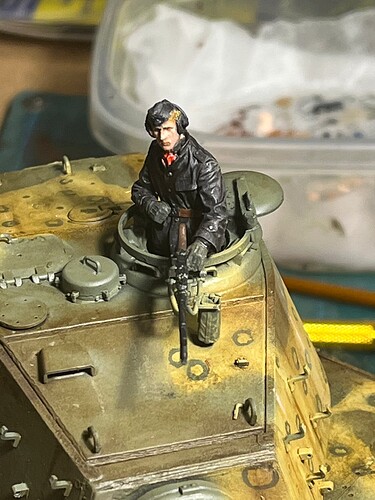 I’m thinking of titling this diorama as “Spotted” in reference to the octopus camo as well as the hunting nature of a tiger.