Here are some pics of a kit I did many years ago. I think it was an RPM kit but for the life of me I can’t remember. The vast majority of the parts were for the wheels. The kit went together pretty well as I remember. The color scheme is wrong I think; I don’t think the Germans made many and there wasn’t much info on them . I had a blast with it though. Painted with Tamiya paints and weathering with oil washes and dry brushed too. Figures are from Dragon with Warriors or Verlinden heads I think. Comments welcome! 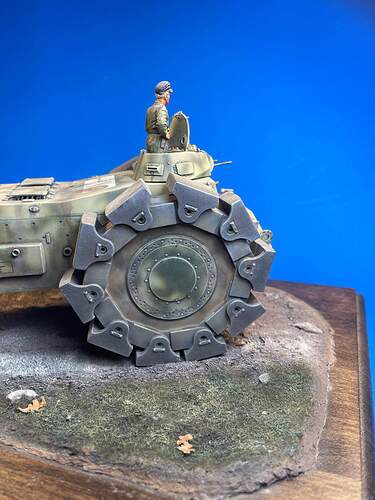 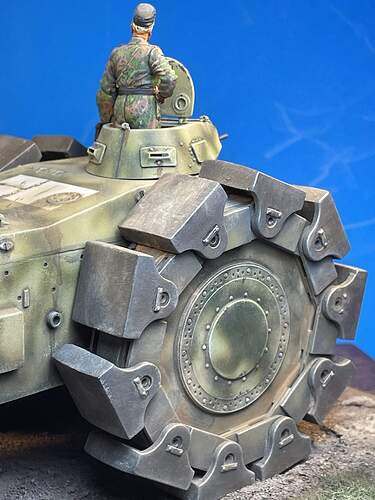 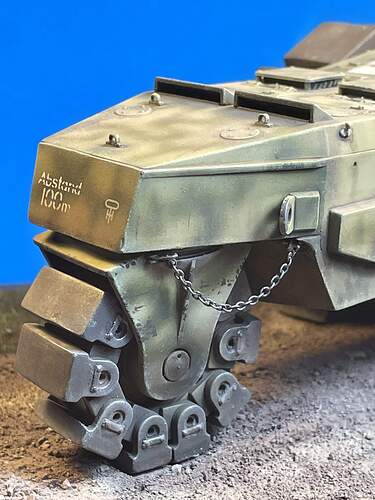 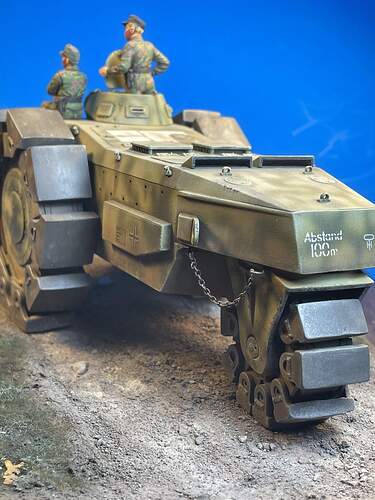 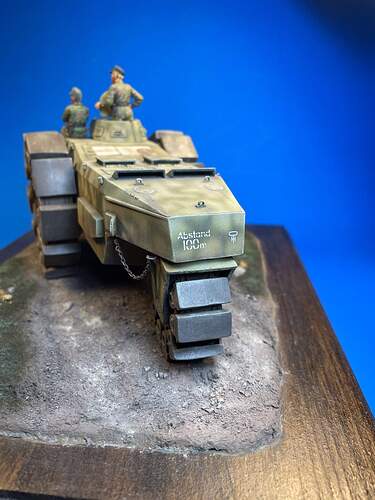 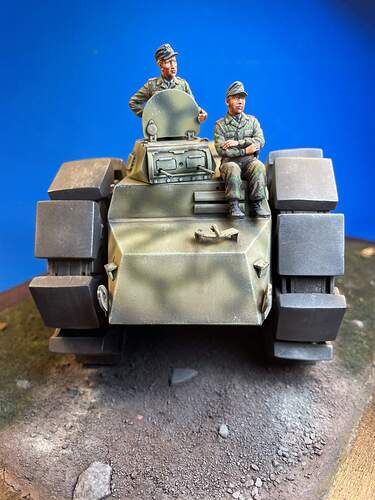 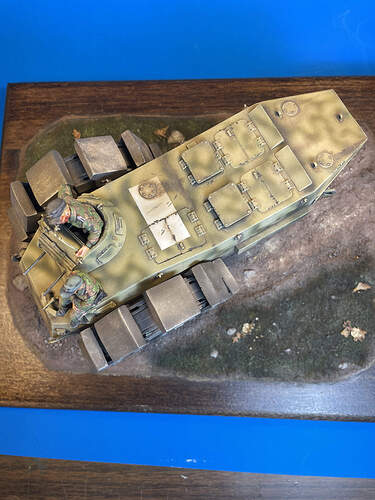 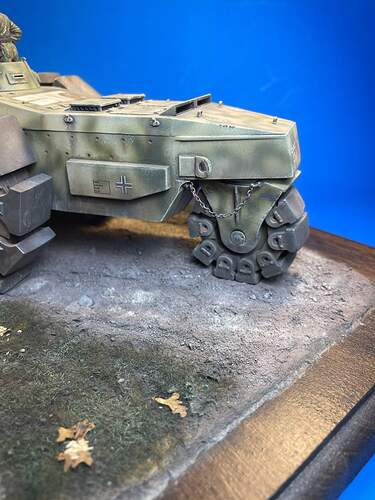 Nice. What a crazy idea.

Really like the paint job and camo especially the subtle nuances.
Cheers,

Thanks Joe!
As I said earlier I don’t think it ever got to that paint scheme, I don’t know how many were made if at all. Thought there was one in the Kubinka museum in Russia but forget. It was a very fun project. Think it was the last time I used oils for flesh tones for the figs. The uniforms were Hunbrol.

Yeah right? The Germans experimented with everything it seems back then. I guess you could say it was their equivalent of the British “funnies” except the Brits vehicles actually worked.

Nice build,
I think the maker was Meng or Takom. I had a mind to buy one and kitbash it into some sci-fi build. It just has a look that could work well.

Thanks Keith.
This kit was built many years ago before meng and Takom came out with theirs. I think it was RPM; it had a sci-fi look to it for sure. Definitely would be a great subject for a what-if build. Maybe in an urban camo job lol ? I did have trouble with the “feet” on the wheels , I couldn’t get them to line up correctly if you look at some of the pics. Lots of sanding !