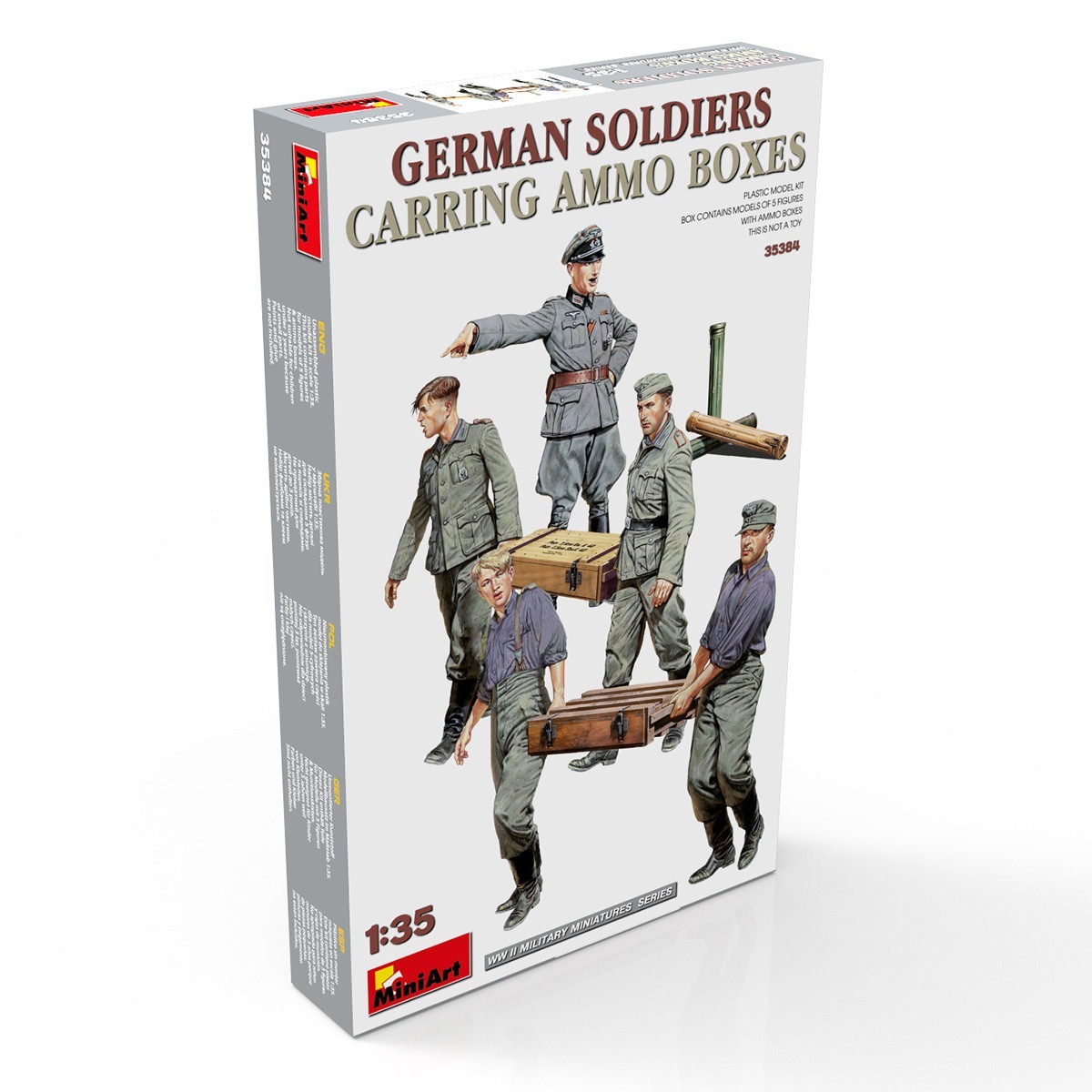 This is partial text from the full article (usually with photos) at https://armorama.com/news/miniart-35384-german-soldiers-carrying-ammo-boxes
Scouteyes September 23, 2022, 9:51am #2

Looks like a useful set. Yet another pointing German.

I’m pretty sure that this is a re-issue, not that that reduces their utility of course.

According to their responses on their Facebook page, while it is a reissue it has different decals in the ammo boxes.

MiniArt, can you follow up with some US soldiers carrying ammo boxes (sure, include one that’s pointing, [again]) or better yet some Cold War US soldiers?

True, but he needs to have a pair of binoculars in his other hand if they’re going to follow the trope properly…

In fairness to the figure designers and manufacturers, (and at the risk of being a smartarse) an awful lot of pointing does go on in the military - otherwise we don’t know where we’re going or where stuff is; in the British Army this is perhaps best exemplified by the “Brecon Chop” - a decisive pointing and thrusting motion using the whole hand as a blade. Often used to make a point persuasively, not just for direction(!), be it in the field, in barracks or even in offices.

I always held a theory that the promotion of an officer was in direct proportion to his skill with the Brecon Chop. What better gesture with which to impress the chain of command, or say, a visiting senior officer?

I would have to agree Brian. I’ve seen a fair amount of pointing in my time in the military lol.

You are correct Sir! a lot of pointing in the Canadian forces also, I myself have done it far too many times! lol

In the 1/35 scale range, there are no more pointier forces than the Wehrmacht.

Well they did have to point East and West, and North and South. As opposed to, say, the Russians who only pointed West

It looks like a reissue but of a very good kit already. Those figures can be improved on with a very little bit of extra work to make them sharp and crisp around hanging cloth, and they adapt to other purposes well