Has anyone heard from our friends at MiniArt? The news is getting scary!
All the Best,
John

I’m betting being in Kiev, it’s going to get difficult if not downright deadly. Other than that, I haven’t heard (read) anything…but then again, maybe it’s not quite the right moment. I’m sure however, that production will eventually be affected.

Sucks - they have been through a lot .
Makes you appreciate what we have .

Listening to radio broadcast, as well as watching TV for news, I get from what has been said so far (6am, Eastern Standard Time) is that the city of Kiev has come to a grinding halt. Evacs and refugee status is already the norm…most heading westerly. Shops/businesses/factories are closing by the hundreds (if they even opened). There is a run on banks/food stores/gas stations (some reports have crude oil spot prices already over $100 a barrel). I have to assume that MiniArt (and other model companies) has cease/suspended production.

Saw this on Ebay today,i have been waiting for this and it is a good price,but something tells me I probably wont see it for awhile if I ordered it. 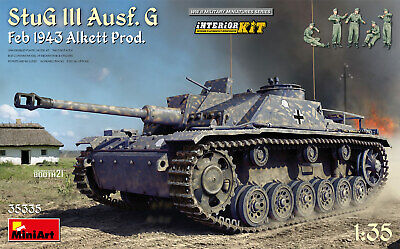 Yeah, if it’s not already on hand now in a shop outside of Ukraine, I doubt that it will be available. I think most everyone outside of the rebel zones has personal survival ahead of any business on the top of their “things to do” list.

Well I just ordered 2 MiniArt kits from my local supplier. Not that it will help MiniArt now but it’s a token gesture.

Don’t be surprised if next year we see ICM, Master Box, Mini Art, and other Ukrainian based brand kits released in Zvezda boxings…