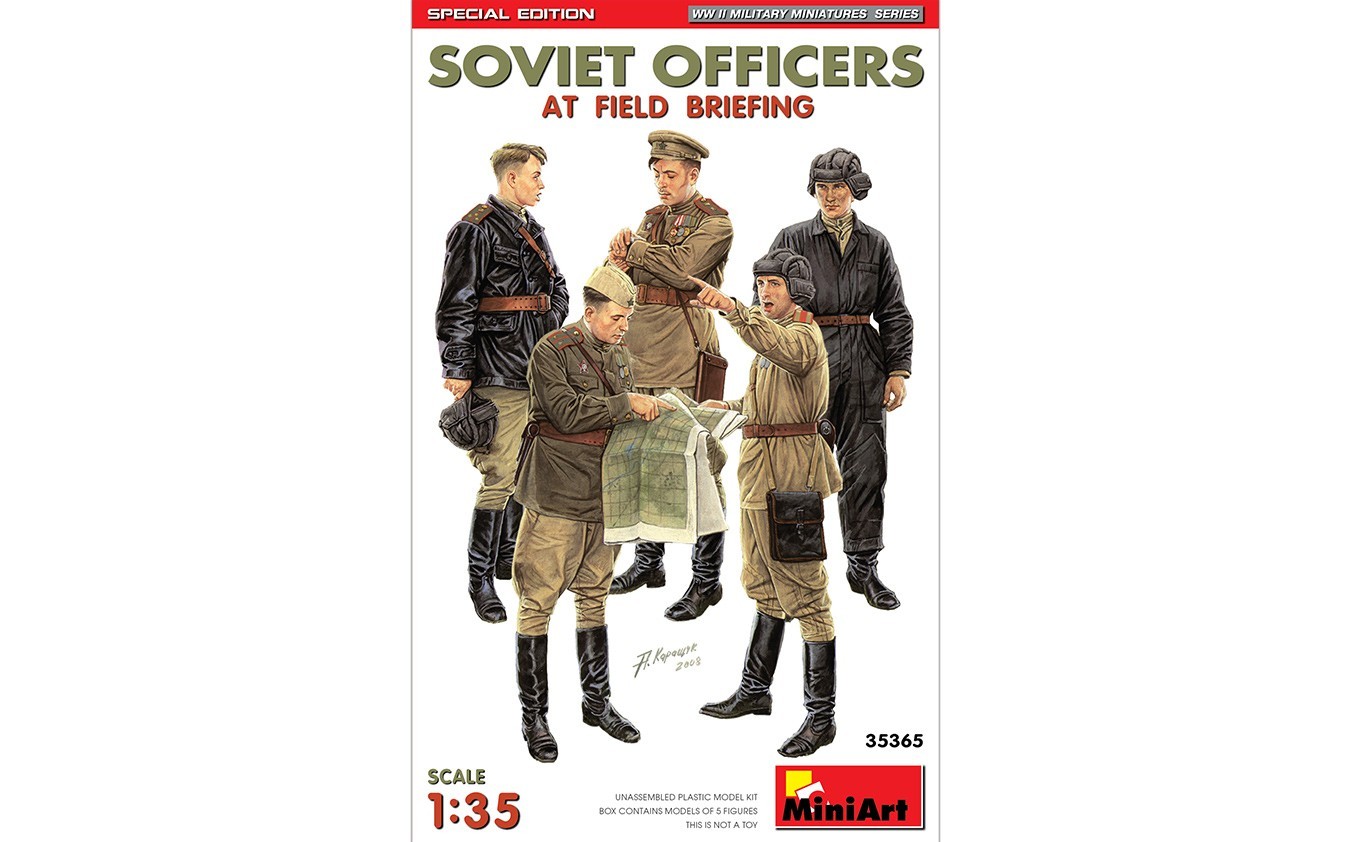 This is partial text from the full article (usually with photos) at https://armorama.com/news/miniart-soviet-officers-at-field-briefing--special-edition
Uncle-Heavy September 30, 2021, 10:02am #2

Woo-Hoo & Yee-Haw!
Finally!
Now it will be possible to build a diorama with a German and a Soviet pointing fingers at each other.
Possibly both pointing at a figure of Adolf H, in that case the diorama would be named:
“It’s all HIS fault!”

Another option is pointing Ivan pointing at the street clock, in the other set from Miniart see
MiniArt Street Accessories with Lamps & Clocks | Armorama™ ,
and comrade Sascha checking his watch

Strange – thirteen years later they throw in a sheet of maps and call it a Special Edition? That ship sailed a long time ago – so long ago I don’t remember making my own but must have done, no doubt others did too. I hope this isn’t a sign MiniArt’s running out of great ideas or cash-flow, but just moving old stock…? 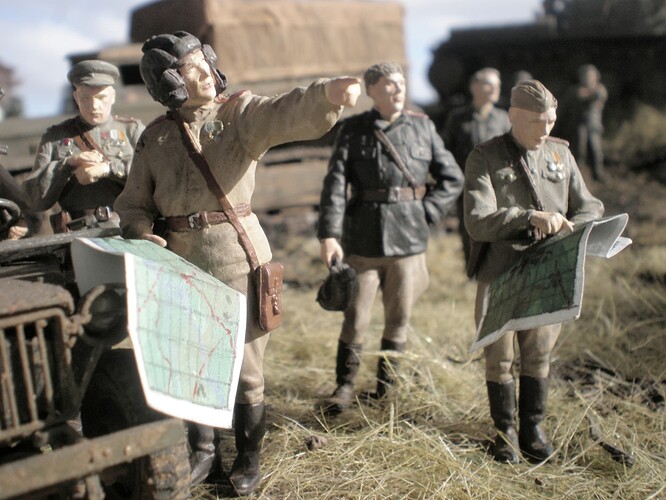 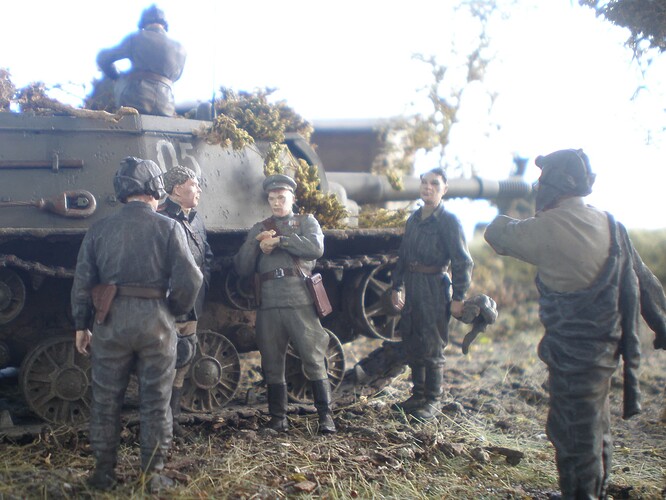