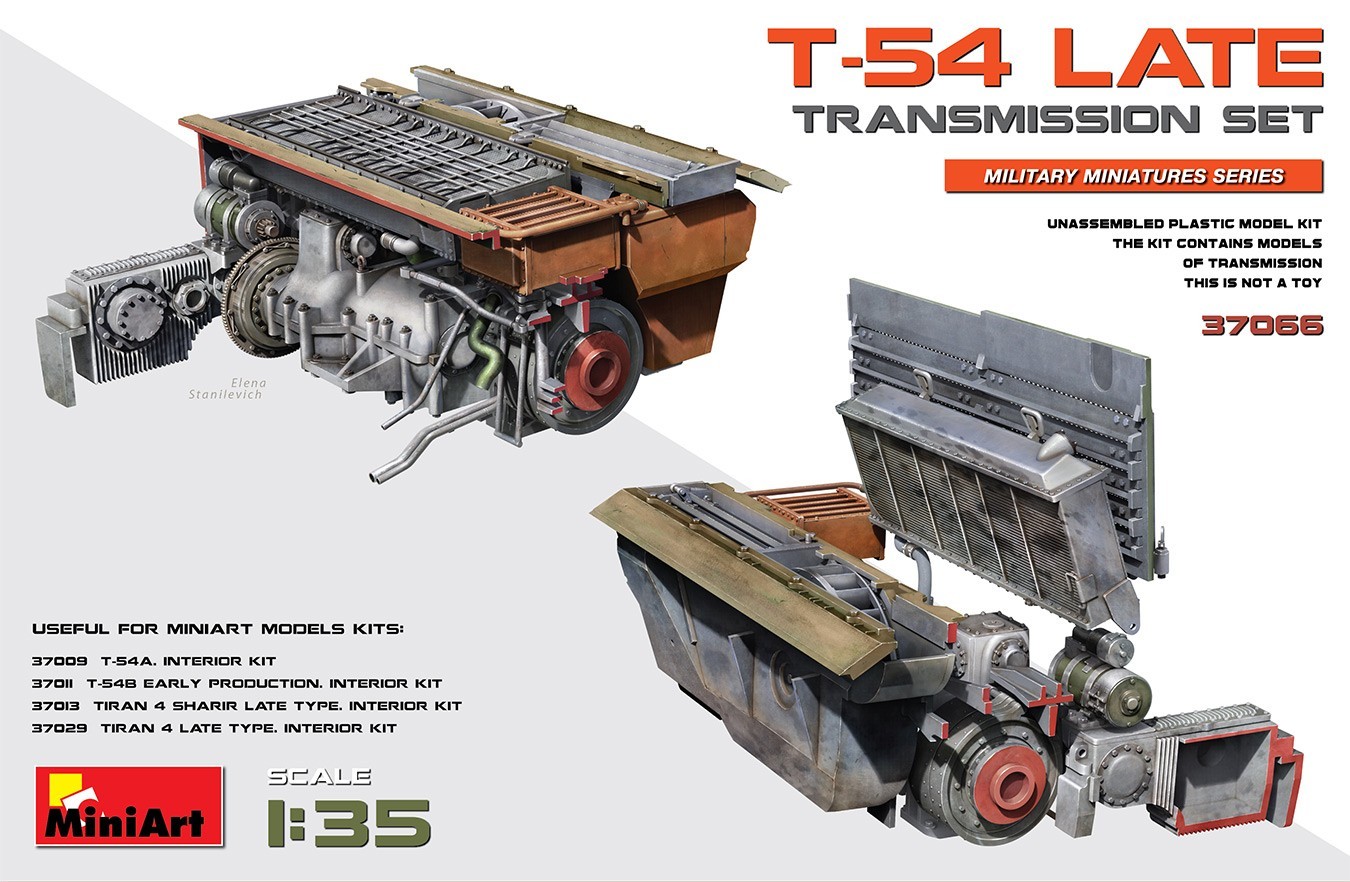 Sweet! For those who want to build the whole interior

Interesting. What is different between this one and their T-54 Early Transmission? They look the same to me. 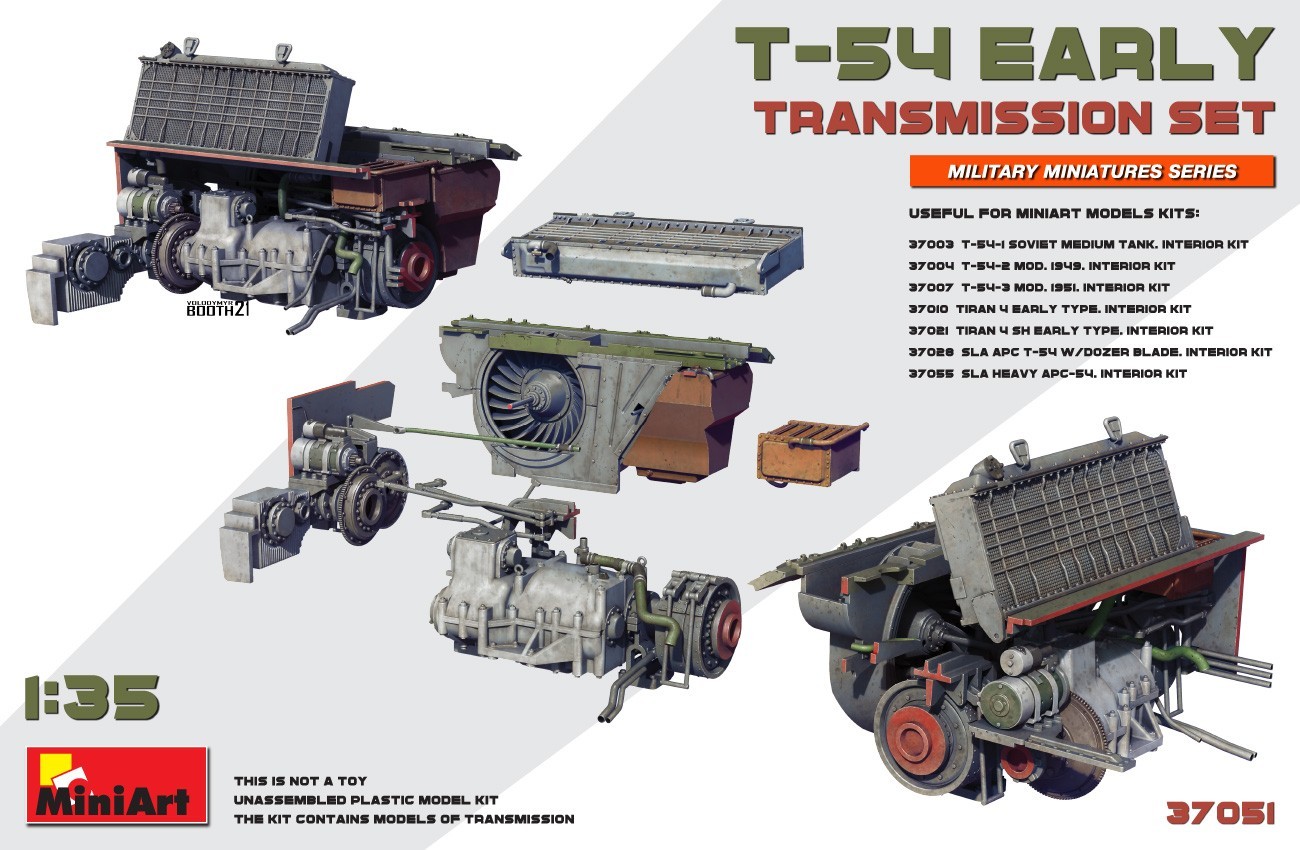 It would be more fortunate if it was included in the models, but you are right- finally it is time to build the last T-55A with interior I am planning to build

I tried my best, but I find no info on the different between the Early and Late version.

The difference is not too visible here, but the engine power increased from 520 hp to 580 hp from T-54-numbers to T-54A/B, leading to an increase in numbers of friction discs in the main clutch.There were some other changes too, like f.e. how the generator was driven.

This sprue is in the late set but not in the early, the other sprues are the same