Where are SSR models from ?

I came to the same conclusion. I asked whether he also made NLAWs, and got the reply that he could if he would get a correct model or good pictures.

hopefully Dennis makes his first as i plan to buy his but this other company looks interesting. I’m not on Facebook, do they have a real website?

No sand but the zippers work

There is a member over in another forum, Jimmy Lee who is talking about doing a crowded funding thing for Javelins hes going to 3D Print…
I dont know Jimmy, just an FYI…

I generally don’t build military models, it seems a little odd to me that this figure would be released in 1/24 when 99.99% of military scale models are 1/35. I see that is is being offered in 1/35 as well, so I’m not sure the 1/24 would sell well. It does appear to be a really nice figure, though. Jim

As a nob in this field it seems to me that modern tanks have way thinner protection. When I see a Russian tank that has hit hard times the metal seems more like a jam tin than a tiger or panther that has been destroyed.
Am I right that the steel is thinner and they are relying more on ‘other’ protection?

He’s definitely not getting back his security deposit on that lease.

I am proposing a Campaign medal for those that have followed this thread this far. I also propose that Frenchy’s gets the Campaigns Medal Of Honor for continuous contributions of excellent photos and derailment medicine.

I think it is more of a function of the offensive weapons used against them. Whether it is a 125mm tank round or a Javelin or NLAW, nothing of that power was used against WWII tanks.

Am I right that the steel is thinner and they are relying more on ‘other’ protection?

Quite the opposite. The armor on the current MBTs is heavier than anything in WWII. But weapons have also greatly increased in lethality. Kinetic energy rounds, armor piercing solid shot travel many times faster and farther than their WWII ancestors, not to mention the metals used have better penetration properties. Hollow charge “chemical energy” HEAT warheads, used in tank main gun rounds, ATGMs, and shoulder fired anti tank weapons, have also been improved from the WWII era bazooka and panzerfaust, with tandem warheads to defeat explosive reactive armor and much deeper penetration powers over their WWII cousins.
The tanks look like they do when knocked out, depending upon the type, due to what’s inside and where it’s placed if a penetration of the armor occurs. In a Russian designed MBT with a main gun autoloader, the storage of the rounds beneath the turret leads to a catastrophic kill if a penetration ignites the unprotected propellant charges. Most western current MBT designs keep that ammo in the rear of the turret behind blast doors with turret roof venting blow off panels if their ammunition compartment is penetrated and detonated. The crew has a far higher chance of survival.

I am proposing a Campaign medal for those that have followed this thread this far. I also propose that Frenchy’s gets the Campaigns Medal Of Honor for continuous contributions of excellent photos and derailment medicine.

I agree, does anyone know a moderator who’s brain hasn’t been totally fried by political arguements in another thread that can make this happen! 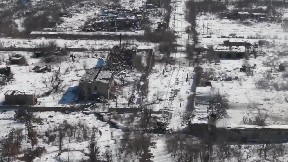 Drone footage of a explosion tank as it possibly drove over an anti-tank mine...

Ukraine,exact date and location not clear

An original 1980 vintage M1 would have made Swiss cheese of a Tiger tank and been immune to the dreaded 88 in the frontal arc at standard combat ranges. Of course Chobham armor and the M68 105mm main gun had not yet been invented in 1944. 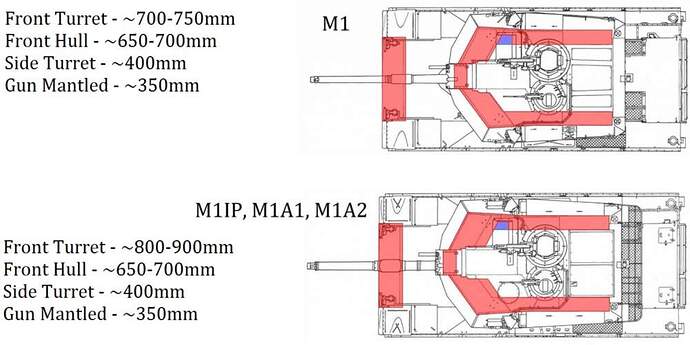 that’s easy mud! Think about an M48 stuck down to the hull in a rice paddy. Then add to it that it’s around four in the afternoon. Can’t leave it, and you can’t stay with it and survive. You pray the Track Sargent isn’t visiting the local ice house / laundry,/ house of ill repute! He’s the only guy with an M88. Of course he’s gonna bust your head when it’s all said and done with! Instead of a bamboo No Bic Stick, they’ll use an engineer’s stake on your noggin
gary

that’s easy mud! Think about an M48 stuck down to the hull in a rice paddy.

That’s about to change shortly. Look at the history of the war on the Eastern Front in 1941-1944. All of the battle line movement was done in the winter and late spring thru early fall. The autumn rains and spring thaw turn the countryside and non paved roads into deep mud and “General Mud” keeps all movement to a minimum. Winter ends in a week and the thaw should begin anytime.

Thanks. I considered the armour but not the things that go bang when they hit the armour.