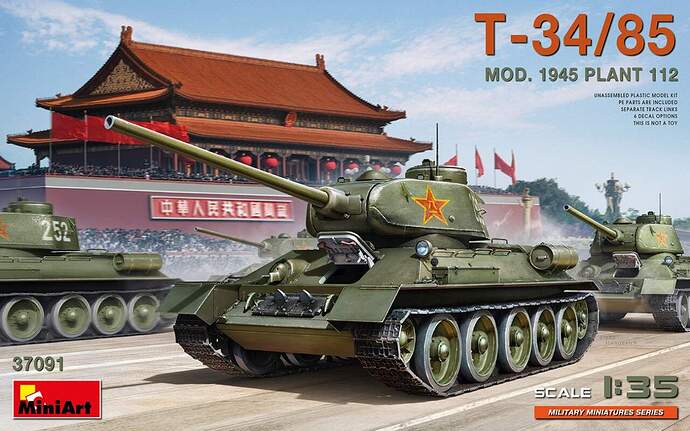 Make room for another T-34/85 in your collection as MiniArt is set release its kit with various marking options – Austrian, Czech, Romanian, and Chinese aside from that of a Soviet vehicle.

I’m really surprised that they didn’t include markings for any of the DRPK tanks employed during the Korean war.

How early were vehicles of this type in service? Did they see action in WW2?

The earliest photo I’ve seen of one is dated late summer, 1945, so it’s possible but not likely they saw combat. However, Miniart is also offering the earlier Factory 112 version with a similar turret but with the original, conjoined, ventilators on the turret roof. I plan to get this version, and depict it in Korea–it looks to be light years ahead of the Academy version.