On 17th March 2021, the model train performed a compilation of 20 classical pieces over a 211-metre track - making the full melody 2,840 notes long. A total of 2,840 glasses were placed strategically along the model railway and filled with water to create a ringing tone when hit. The team at Miniatur Wunderland used iconic classical melodies ranging from Mozart to Vivaldi. 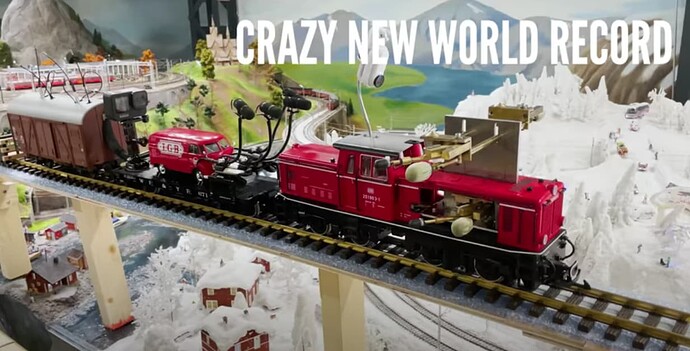 Miniatur Wunderland is a model railway and miniature airport attraction in Hamburg, Germany, the largest of its kind in the world. The railway is located in the historic Speicherstadt neighbourhood of the city.

My first reaction was someone spiked my drink. The second, evaporation would soon send the glasses out of tune - imagine re-tuning if there’d been a delay. Third, the camera work… Fourth, the person-hours…Fifth, the overall layout & electronics…Sixth…