Planning an Ethiopian F-5A from the Ogaden War. (1977-78) From what I read the As were used for ground attack. I’m figuring rocket pods on the out board pylons. Inboard pylons , 500 pounders. Would they have had Mk82s or the older M117 , 750 pounders? (I know the US had switched to the Mk80 series, but had they started handing them out to allies?)

Yes, I believe the Ethiopians did have the Mk.82 at this time.

What color scheme are you planning to go with for this?

Cool! I have enough Mk 82s to start my own bob dump. Would have to get M117s. As far as I know they were silver with national markings. LF Models makes the decal set I’ve ordered.

Yes they had some in a silver livery which I think was the factory paint but as far as I’m aware they had two similar three color schemes- one was dark green, light sand, tan and the other was light sand, dark brown and dark green. 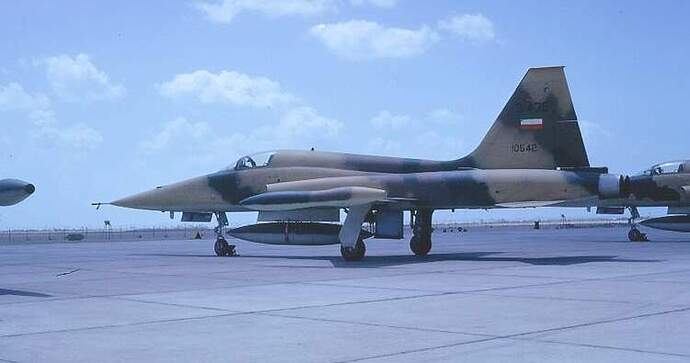 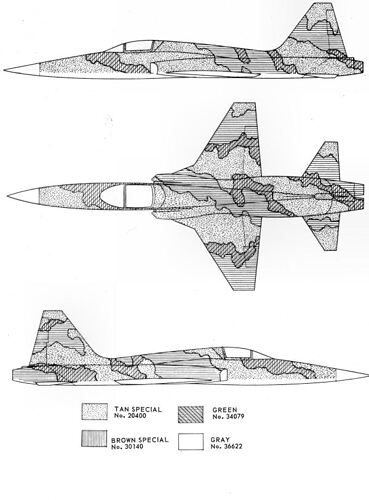 @Stikpusher - I think some of the planes sold to Ethiopia were ex-Iranian Air Force machines. Not sure of the ‘how’s or why’s’ of that deal though. It was an order never fully completed due to the Ethiopian Revolution in late 1974.

Here’s some good information on the Ethiopian F-5s

The photo of 425 is an E, not an A. They received ex Iranian As in 1974. (not stated , but I suspect probably Iran was getting Es at the time and the As were “surplus to requirements”.) There were between 4 and 8 aircraft involved. Ethiopia got Es , diverted from an Egyptian order in late 1975. It’s possible the Iranian As were camo. EthiopianAF (the-northrop-f-5-enthusiast-page.info)

Thank you and @Stikpusher for that website. It’s always good to get more info about Ethiopian military equipment. 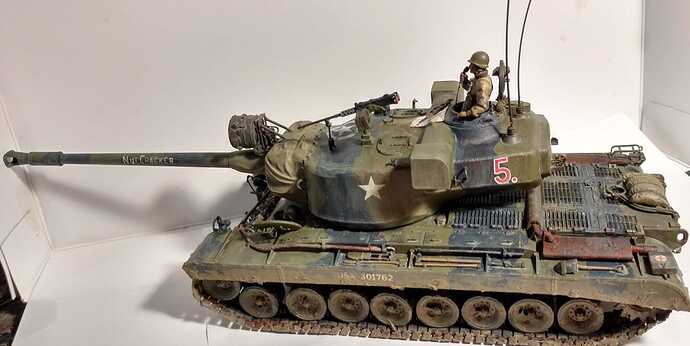 F-5A had no radar, so whatever scheme it wore, went down to the pitot tube. Also had small narrow leading edge extensions (LEXs) at the intake.
Most F-5Es had a black radome for the radar, or a “platypus” chisel nose for the RF-5E. The F-5E also had larger LEXs and a wider aft fuselage, as well as shutters on the side. And like said above, the wingtip missile rails were standard fit, as opposed to the tip tanks of the A.

I wanted to share a couple more bits of info you might be interested in from a great book on the Ogaden war called ‘Wings Over Ogaden: The Ethiopian-Somali War 1978-79’- this is from Helion & Company’s ‘Africa @ War Series’ (this is number 18). It is well worth it if you are interested in this area and contains a good bit of info on the F-5’s and how and when they were used.

The bits I wanted to share were just a few further pieces of info about the aircraft- there were ‘at least’ 7 A’s and B’s transferred from Iran by 1974. So I would assume those might be the ones with the Iranian pattern camouflage. Also- the first As and Bs delivered in the mid-60s had no wiring for the AIM-9B which was removed due to a State Department embargo. The book also mentions the Ethiopians converted one Freedom Fighter to RF-5A standard.

Oh, I also meant to ask @sluff - are you going to do a build log on this? Or if not I would love to see some pics once you get it done, if you feel like posting them that is.

Thanks for the info. No build log. Other than decals and weaps it’ll be OOB. Will post some pics, along with the rest of the “family” …

Good stuff, I look forward to seeing them.