The Bodi released a new figure in 1/35 scale depicting a famous German Obersturmbannführer.

This is partial text from the full article (usually with photos) at https://armorama.com/news/otto-skorzeny
staff_Jim February 2, 2021, 7:07pm #2

Why so many ‘nopes’ I wonder? Did they get the scar wrong?

It could be the awkward position of the boots that people noticed?

I find all of The Bodi’s figures have something that just looks off about them. Not a fan.

Maybe because he was an unrepentant nazi.

I doubt it. If that were the case, no one would build any German WWII armor and figures.

Without I hope disparaging for the sake of it, I agree; their LRDG set are way off in webbing and other details (I know I must sound like a broken record) but there’s enough examples of the real thing available for designers/manufacturers to get it right, yet they don’t.

These two deranged individuals are the best example to me of how "F"ed up their figures are. WTF? 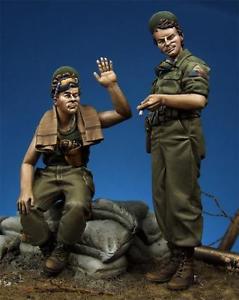 A tad grotesque I must admit; clearly a case for Hornet Heads if ever there were one.

Geez…Definitely a case of “Dogleg”

In most photos of him in a crowd he towers above most everyone else!