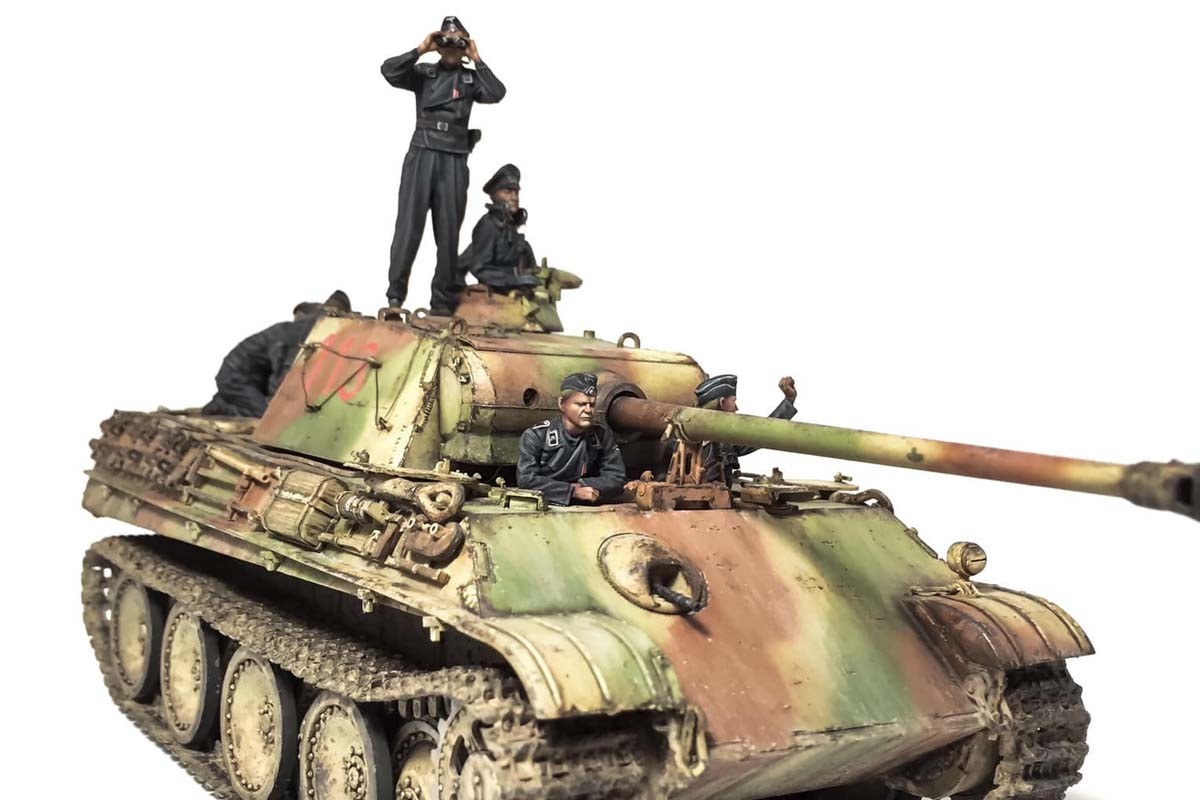 This is partial text from the full article (usually with photos) at https://armorama.com/news/panther-ausf-g-late-model-inspirations-by-wahyu
2 Likes
Bravo36 May 30, 2022, 3:15am #2

Beautiful work. Thanks for posting the photos.
I am uncertain why the driver has binoculars hanging from his neck; or who he’s signaling.

Like Bravo36, I think the tank is beautiful work, paint and weathering superb. The figures are well painted too, but why do so many modellers spend hours researching tank colour schemes then get the details on the figures wrong? The officer standing behind the turret appears from his shoulder straps to be an Oberleutnant and wears an officers sidecap with silver piping, yet he has an Obergefreiters (Corporals) stripes on his sleeve! The driver is wearing an officers cap! All the figures seem to have the panzer collar dogs piped white, when they should be pink. I know some feel this is nitpicking, but it really isn’t hard to get right. The figures are from the Tamiya Tank Crew set and this contains all the information required.

Agree with you. A shame really. I think also by that stage of the war, 1945-ish, you’d be hard pressed to find much in the way of the black uniforms amongst tankers left. Most of them moved to the Feldgrau or camo patterns and various combinations thereof, as I understand it.

Still, a superb build. I’d love to be that good!

I wonder if it is just the lighting that is washing out the pink.