can someone tell me the difference between an early G and a late G.I have kit #6639 and was wondering what would need to be done to make it a late model.Thanks.

Per “Encyclopedia of German Tanks of World War Two” roughly the following from page 63.

According to “Achtung Panzer #2” on the Pz III G, there are four variations of the turret. One of which was the H turret on a G hull.

The G turret still had the bulge in the back of the turret rear under the cupola.

The H turret got rid of the bulge at the back of the turret. I think that change likely moved the cupola forward compared to the prior design.

My references are old so you may find newer information and more details. Hopefully that will help.

BTW - Achtung Panzer #2 is a very good guide to modeling Pz III’s and well worth picking up.

Probably needs 40cm tracks, see review below. Sounds like most parts are in box.

From article
“Note that the kit comes with both the early 3.7 cm gun and the later 5 cm one, so the modeler actually has a choice between the first 50 and the succeeding early tanks. Both cupolas are also provided – and for ONCE a guide as to which finishing option had which cupola!” 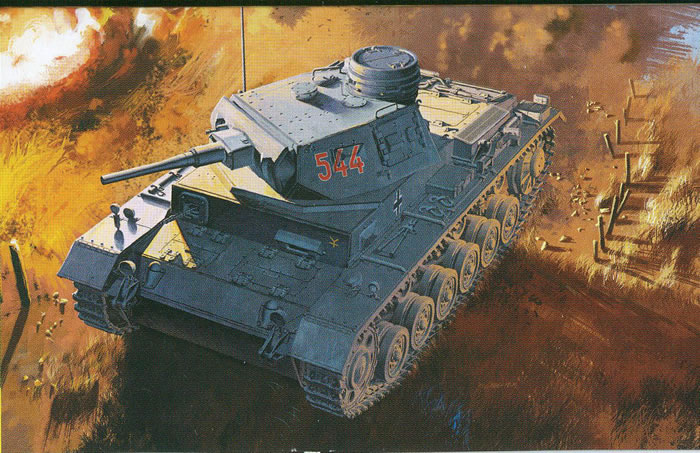