A new announcement from Border with a rather interesting boxart image. 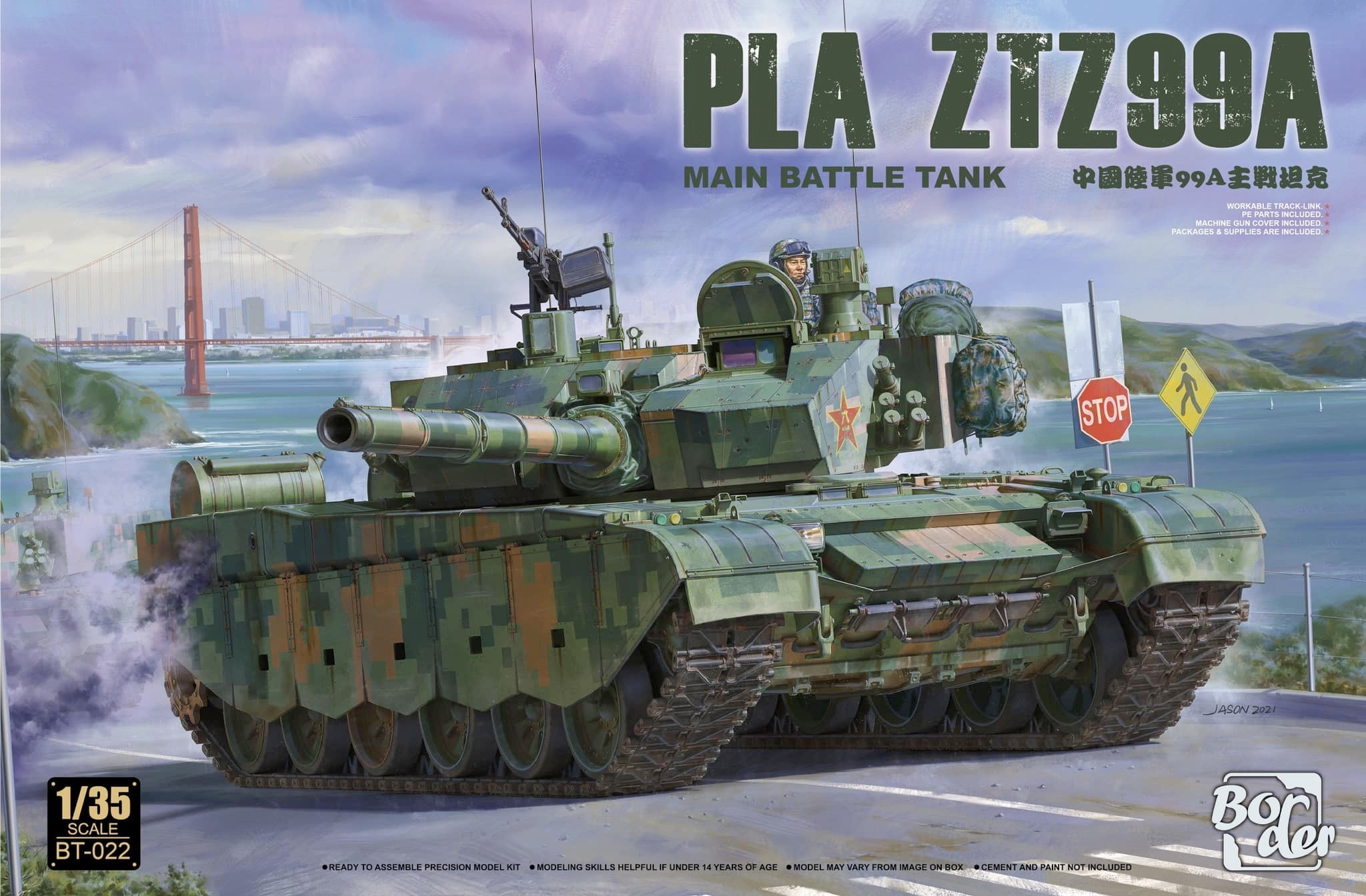 This is partial text from the full article (usually with photos) at https://armorama.com/news/pla-ztz99a-mbt-from-border
1 Like
Canmedic January 31, 2022, 7:56pm #2

Someone got some citizenship credits for that one.

No doubt part of an “exchange program” proposed by their good friend Nancy.

Some interesting box art.
Maybe an M1a2 crossing Tiananmen square as a balance?
I wonder if this is the sold in China box art?

I wonder what the luggage fees are to fly that into San Francisco or Oakland.?

I had to do another double-look at the boxart to see what you meant.

Future plans? 6 months maybe a year after it could look like that.

What in the CCP propaganda is that!?

Aight, time to start a company called Toronto Modelwerk and release boxart of a LAV 6 at the gate of the forbidden city.

I had to do another double-look at the boxart to see what you meant.

So is a Chinese Tank outside of San Francisco.

I did not catch that at first ! Lol maybe they’ll come to the US for joint exercises in the near future?

Just buy another M1A1, Leopard, or any other similar NATO looking kit, and apply CCP decals.

Supposedly, it’s for a fictional setting in 2030 when the US Army and Chinese Army have joined forces to fight invading aliens (ET kinds not the illegal migrants). PMMS - Terry A
I won’t be buying this model but interesting concept. Not sure a good marketing concept to get non-domestic crowd?
I thought about Red Dawn 3, too.

I heard it depicted a captured tank after the failed invasion of Taiwan… Being paraded in SF.

Whatever, fantastic boxart, look at the discussion it’s generated!

well… it’s certainly special… and yes, a bit stupid too.

Someone has a sense of humour.

I got a TOW round for that a@@hole.

They didn’t study their subject carefully though,
The pylon to the left (north side) is very close to shore, the pylon on the right (south, by Battery Park) is out in the water though.
The boxart has the north pylon out in the water, the south pylon is hidden