I’m on just my second AFV with tracks. A RFM Panzer iv J and now a RFM Tiger 1. Great kits and great fun. But I’m having an argument with the tracks. Again. On the Panzer iv J they were very delicate and broke or fell apart just looking at them. No big deal in the end I just glued the tracks in place. The Tiger 1 I got one side finished with a number of breaks. (Pins not long enough!). So on the second side I thought I would be super careful. I’m just doing 4 links at a time. Glue them and come back in an hour and do four more. Still they are so delicate. It seems the #1 pins are to short. And despite being glued in place they are to short.

So my question/s is/are. Am I alone here or does everyone have fits of frustration building the tracks? And how many of you buy after market metal tracks? I can get a set of R model tracks. But the tracks cost almost as much as the darn kit.

It’s frustrating. I don’t really care if the tracks don’t go round and around. I just want to do a good job. But heck there must be an easier way. Or should I just suck it up like everyone else?

Bruce, you’re not alone and there’s no secret to this. I’ve done maybe 50 or 60 sets of tracks in my time. If the plastic indy links aren’t cooperating I form them around the running gear and glue them together. They don’t need to work. If that’s not possible, then I buy metal tracks. I know it hurts to pay as much for tracks as you do for the kit, but if it’s the only way to finish the kit, you do it. Also, I refuse to deal with plastic kit tracks that are any more than 3 pieces per link. Those 6 part-per-link Sherman tracks (with clean up!) are just an insult to the consumer. I feel as if they are a big F - You from the model company - “We have found a way to make an otherwise perfect kit no fun at all.” In those cases I go right for metal tracks, or Masterclub tracks. I’ve bought 4 sets of R Model tracks and they are beautiful. Leagues ahead of Friul. So if that’s what it takes to finish your Tiger, bite the bullet and make it a special case. You don’t have to get metal tracks for every model.

Thanks SSGToms. I figured if all else fails I will glue them in place. It just nags me not being able to get it right. But the R models are getting my credit card nervous!!

Hey don’t let it nag you. Sometimes kit parts, especially tracks, only work in the CAD drawings. You don’t actually think somebody at the company tries to build a real set first, do you? We mortals are not given that courtesy. The R Models tracks are especially nice because they come with pre-made brass track pins - you just slide them in - no wire to fish through the holes.

Metal Tracks are the best alternate for me,but I hate adding such cost to a kit.I usually deal with kit tracks and generally do a nice job with them.Like Matt says sometime they whip me and I replace them with metal.On live track tanks like Shermans,I will use one piece tracks.

I think I’ll dip my toes in with the R Models tracks. I just need to figure out how to get them past the wife!!

I like the either plastic or metal tracks as long as the pins are metal. Gotten used to building Magic Tracks that came in older Dragon kits so upgrading tracks on kits with rubber band tracks was a window that opened up for me. I quickly learn that not all track upgrade manufacturers products were an upgrade and more of a down grade. If I am forced to purchase tracks with plastic pins I will replace them with metal. My two cents worth.

I certainly find individual link tracks, OOB, aftermarket, plastic or metal, to be very painful.
I avoid metal versions as they’re just too expensive for my tastes. I’ve even just gone with old rubber band tracks, and been able to achieve a good result. An IPMS judge actually asked me if they were metal…

It really depends on the kit for me. The Meng Leopard C2 Mexas is a gorgeous kit, but some people bash it for having rubber tracks. I don’t get the complaint. Being a modern vehicle you don’t have crazy sag like WW2 German vehicles and with all that Mexas armor thrown on, you can barely see the tracks.

Something like russian Cold War armor or German ww2 where the sag is required I prefer Indy link, link and length, or metal. I recently did my first Indy link track set and really enjoyed it. It was tedious but the result was nice. Mind you these were only single piece Indy link. I would consider 2-3 pieces but would never attempt the 6 price Indy link. That’s just not fun for me

For me, metal tracks all the way (if available). Same with tires…resin if at all possible. When I purchase a kit, the hunt is on for metal or resin. Since the aftermarket drops a product from its line, just like kit makers do, I immediately outfit the kit with metal or resin…whether it is built tomorrow, or 20 years from now. I can afford it, so I do it. Last thing I need to building is a pleasurable kit mucked up by non complimentary tracks and/or tires. Details such as the finesse, engineering, “tightness”, sharp detail, etc., are a huge factor as well…no matter who makes them. I’ve pretty much have used them all up to now. So far, so good.

For the German WW2 subjects, the metal tracks will yield the most pleasing results - they accurately portray the sag. I do mostly US subjects that have “live” tracks and little to no sag, so the plastic tracks and good rubber band tracks are fine. Regardless of metal or plastic, a jig to hold the track runs is a key to success. This can be a purchased track jig, or something made from telescoping Evergreen rectangular tubing, or a simple kitchen nylon cutting board with a metal straight edge attached. The jig ensures alignment and reduces the handling stress on the assembled links. Once the runs are in place on the AFV, glue them down. The other key to success is a good whiskey to settle the nerves…

My rule of thumb is if kit individual link have more than two parts, they go in the trash. I like to paint and build not clean up parts. I’ve done 50+ sets on individual track links over the years. Time is valuable to me so I’ll fork over the cash to avoid wasting 8 to 16 hours doing 3 to 6 part track links.

There are a lot of good track links in the after market.

Friulmodellismo is very good IF you buy direct from Friulmodellismo. The owner tighten his quality and its back to making excellent products. Have over a dozen sets overall happy.

R Model is sweet as mentioned. One set very happy.

Sector 35 is outstanding as well. They can be ordered 98% assembled. The modeler can add the last link or two as needed. Very fairly priced. Have over a dozen sets very happy.

I, also, have had great results with vinyl (rubber band) tracks, and they are a lot easier to work with. It often depends on the final effect you are looking for.
Ken

I believe in plastic tracks unless my tank takes off on it’s own to start it’s own war. Rubber band tracks for me please

To be honest I look at the track before I decide. I wrap the rubber band track around a road wheel. IF, if the track block bends (curves) as it goes around the wheel, I ditch the track. I know the argument about live track, I was a tanker. However on a live track the track blocks do not bend. I want each block to retain it’s original shape as it rounds the wheel. In the real world the bend happens between the blocks. 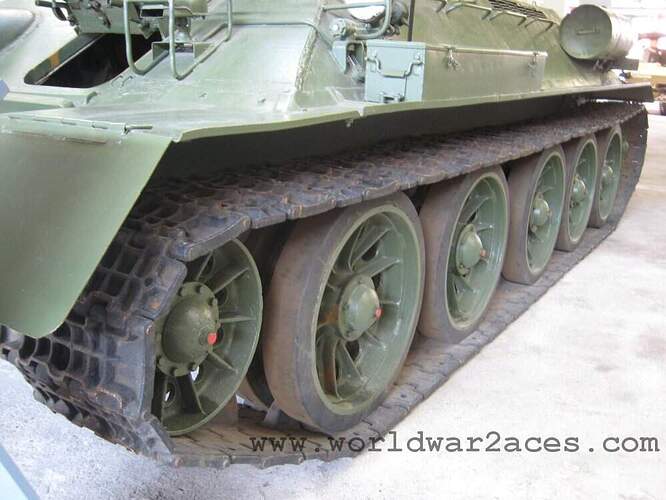 Everybody has different levels of tolerance for the tedium of building indy-link tracks. For myself, I will only commit to making them if the subject really benefits from the sag you can get with indy-link. Otherwise, I’ll try to find link/length or vinyl (

a rubber band lunatic!) because I generally build modern armour with live tracks. For instance, instead of doing the five part/link tracks on the HobbyBoss Leopard 2A4M CAN, I bought the 2A6M CAN kit for the vinyl tracks. They can’t really be seen, and if you paint them right they look just fine.

But to your question, I say try to avoid the plastic tracks, especially those that come with the kit. I have had good experiences with RFM’s Firefly tracks, but the good times stop there. OOB tracks are generally way overengineered, and manufacturers rarely provide spares. I know Sector35 produces pre-assembled tracks, so if I want to get indy-link tracks I’ll look for those first. Metal tracks are generally less hassle, but you still want to enjoy building the kit, because why else have this as a hobby?

Bottom line, I think it’s always less hassle (and more fun overall) to use link/length, pre-assembled, or vinyl tracks. (Plus I find that modern link/length tracks are just as detailed as indy-link, so there’s that.)

Edit: My case in point: 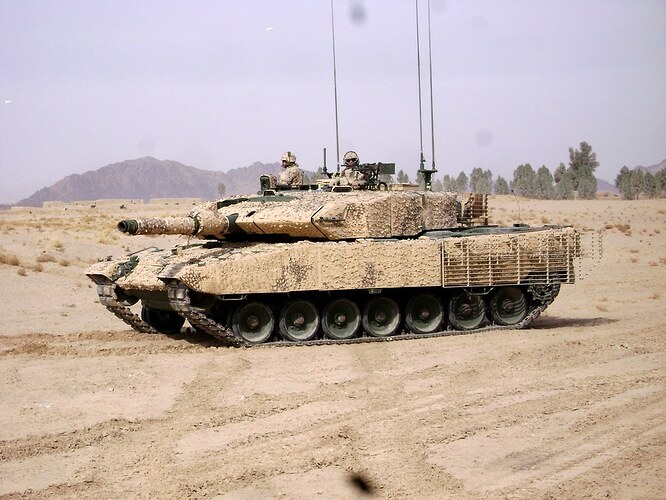 Does it seriously make sense to make a set of tracks made out of brittle plastic where each track link needs five parts to go together? Especially when the modern vinyl tracks capture the play of real tracks much more accurately.

I agree Bravo . Kit tracks are a war of attrition . Usually do a few at a time through the build process so when needed they are ready .
Also as crazy as it sounds when Ive been having a bad day I build indy track to get my head clear . Kit track whether indy of rubber with a little love can be made to look as good as metal … Also a good 2 part epoxy helps and the judicious use of colorful and socially inappropriate language.

OK almost finished the tracks for the RFM Tiger 1. Not as hard a the RFM Panzer iv J tracks.
Lessons learnt? The pins have to be pushed all the way in. And rechecked before the glue hardens. I use thick Revell Contacta Professional. With the Revell glue I was able t control exactly where the glue went. Thin glue that I use, Mr Cement, ran amok. Sticking everything. As a bonus RFM give plenty of spares for the ‘oops’ moments. The images show the horns going on. Small but not so hard.

I assembled the first track in one big sitting. Not my brightest idea. The second track I did jut one section at a time. (4 Pins). Walked away and came back 20-30 minutes latter and did the next 4 pins. Yes it took a couple of days. The tracks work fine. Flexible enough. The red marks you see on the top track are where pins haven’t gone in far enough. Waiting for the maintenance crew to come and replace them.

Not as scary as I first thought. Key lesson is to do small bits over a longer period. 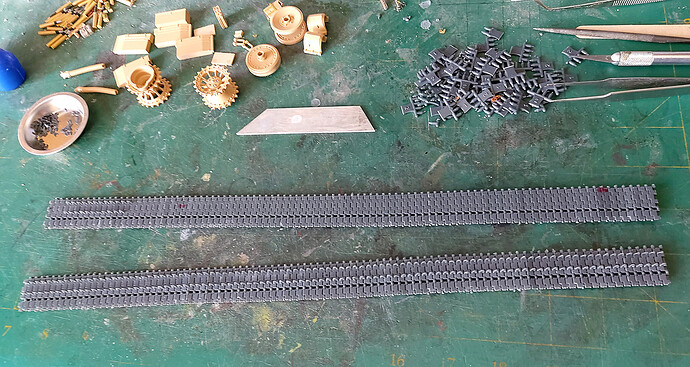