On what criteria did he base his price? I’m no expert but the box is a bit damaged, especially the top right corner and if it was originally purchased in the US it is missing the shrink wrap. That aside I don’t think it’s anything like the holy grail of baseball collectors the extremely rare Honus Wagner card.

Maybe in 30 yrs (after I’m long dead!) my son can sell off my un-built kits - mostly in mint-condition boxes, and make a mint himself!

On what criteria did he base his price?

I am going to go out on a limb here and say, “Wishful thinking.”

Based on his other items, I think he meant $29.00 which is still a bit high IMO.

At that price I’ll take two!

Yikes! I know inflation in the USA is at a 40 year high, but that’s taking it just a bit too far!

Well, he specifies $126.00/month for 24 months, so the price looks intentional. Totally unrealistic!

Guess he doesn’t really want to sell it!

IF he gets it sold he’ll make a real killing, if he doesn’t get it sold he hasn’t lost much.
Not like the buyer of this NFT who bought for 2.9 million and now the highest bid was less than 10 grand…

An NFT of Jack Dorsey's first tweet that originally sold for $2.9 million has lost almost all of its value.

Pretty sure that is automatically done by Ebay.

It is. Whenever an item is over a certain amount eBay will offer financing (mostly as a way to get people signed up for a PayPal account).

another thing ebay does : 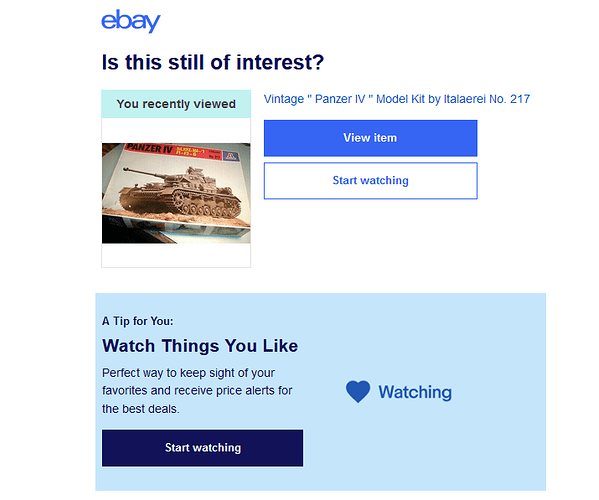 Ebay doesn’t seem to realize that if it was still of interest I would already be watching it.

Wow. One of my club members had the even earlier release Ausf F/G one: 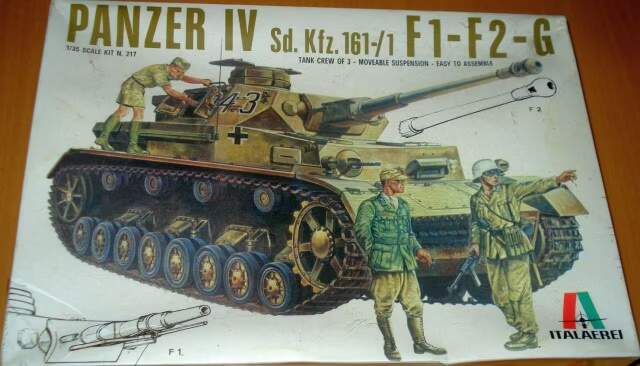 for $15 AUD ($11 USD) a couple of months ago and we all passed up on it… The big annual swap meet ran by another club is on next weekend and he is selling it there… maybe I should buy it and offer it to this guy for $1500 so he can sell a second one for $2900 and make a killing!

No, they were originally Gunze Sangyo kits.

Wow; I have a sort of sub-stash (from my amassed Cold War stuff) which covers some WW2 kits, and this is one of them - the price sticker says £15.00!

Mind you, as I’ll have to live to around 103 to build just my Cold War stuff, I suppose this one will just have to accrue in value - not quite sure it’ll ever match $2.900 though.

I think NFT really stands for Numbskull Fooled and Tricked

If you build it you reduce the supply on the market, thus increasing the value of the remaining kits! Maybe we could launch a group build to push the value of that kit north of 5k?..