I am writing this with full knowledge that I am at times guilty of the same thing I am unhappy about but I vow to do better in the future.
In my quest for the best Jagdpanther kit out there at this time, I am hitting a wall.
The contenders are Dragon, Takom, Meng and Ryefield.
The problem is the reviews and the online comments are generally not helpful.
As an example the reviews on the Meng G1 tell how fabulous it is and “I would get 3 more!!!”
The comments on Track Link complain that the Meng kit is soft on detail and…
Most of the inbox reviews mostly say the same things about every kit. Here is how many sprues, here are the instructions and the decals.
The build reviews many times just take you through the build process and then thank someone for sending them a kit.
I end up going through every review trying to glean the truth about the kit.
I will agree up front that I think all of the Jadgpanther kits from the afore mentioned companies are fine kits and I would probably not be unhappy with anyone of them.
However, if Money was not a constraint, and engineering/ fit , accuracy to scale and sharpness of detail were the primary items to judge, which would be the best kit?
I am still divining an answer. I am leaning to Rye Field based on my divination’s. (Interior is not important)
When you make a review in the future, please try to be as specific and upfront as you can. Make comparisons if possible and try to reduce the fan boy syndrome (I am guilty of that with Iwata airbrushes and I vow to be more open to other brands).

Finding reviews not influenced by money is difficult. Nobody wants to annoy their advertisers or sponsors.

Plus, I think a lot of times the reviews are not an expert on the subject so it’s tough to get good accurate information.

I understand what you’re saying Greg. Many reviews seem somewhat passive in that regard. They almost don’t want to offend it seems ; but I’m looking for an accurate, true assessment of the kit before I plunk down my money. It also depends on what a modeler is willing to forgive/ sacrifice for a certain kit and a certain price. Can you live with an inaccuracy here and there if the rest of the kit is excellent and the price is in your range? That’s what I usually ask myself. I usually look to sites like missing- links and Perth modeling sites just to name a few, and other individuals who have proven to be knowledgeable about the subject matter but are also builders like us.
Admittedly lol, there have a few occasions where I checked my brain in at the door and bought a kit just because I wanted it so bad, warts and all.

There are no definitive reviews just as there are no definitive kits.Reviewers look for different things,one may have struggled with a kit,another may not have.I feel that inbox reviews are pretty worthless unless the plastic is weird or parts and detail clunky.As for build reviews,you read a few and try to put all the info together and make a decision.

My preference is for Dragon, I have built the early with zimm,and the late version,both were excellent fit and detail with no construction hitches.

But again what works for me may not be true for you.

You ever try to buy something like a refrigerator,tires,appliances and so forth,try reading all the reviews,you will go crazy.

Given that most reviews are either the website owner/staff opening the box donated by the manufacturer, or just a random upload by a member of the public, it is hard to set any real standards. (In-box by staff are cautious at best and often not by specialists, and reviews by the public are only as good or bad as the reviewer…) Sometimes a review is written by somebody that actually knows the subject, but these are rare. You need to wade through the fluff to pick out those that do address accuracy, the same way you need to wade through the tons of “info” we get hit with each day to sift out the useful truth.

It would be nice to get experts to do all reviews, and to cut out the “step by step” description of assembly, but how can we do that?

First we would need a list of approved experts for each type of model subject.
Tiger 1: David Byrden
IDF tanks: Michael Mass
Pz III
Pz IV
Sherman
Panther
fill in the blanks and expand the list

I tend to agree with you. One of the worst modern kits of the 21st century outside of the Dragon Black Label kits earned this glowing praise from a reviewer here:

Other than mentioning some glitches in the instructions, the reviewer (whom I shall not call out) failed to notice so many things wrong with the kit that it wasn’t funny. Let alone the fact that said kit was not even of a production vehicle but of a prototype, which managed to escape the notice of three online reviewers. Three!

In fact, I might even say this was the worst modern kit of the 21st century, at least from a major player in the industry, which obviously excludes such offerings as the UAZ-469 from MW. (Military Wheels)
From what I’ve seen of some of the Black Label kit reviews, most of them are dimensionally off. Most modelers wouldn’t even notice unless the reviewer placed side by side photos of the real thing against the kit photos. Dudes who wouldn’t know that vehicle if it ran over them eat up those reviews and then ask for biscuits to sop up the gravy afterwards. Don’t get me wrong, those reviews are great and guys like Pavel put a lot of time and effort into correcting the kit. But again, many times no one would would ever know otherwise. The Meng Cougar was six scale inches too long! Ooh - bad kit!
The Takom Merkava Mk I Hybrid got the hull length right! Look at these drawings some dude I don’t even know drew. It proves it! Really? But for almost forty years no one ever said the Tamiya kit’s hull wasn’t balls on dead accurate? No one? (probably because drawings exist, done by engineers at Tamiya, that show that theirs is correct)

But when it comes to missing details, incorrect details, and details in the wrong location, then yes, people start to notice those. Well, some people. I’d much rather have those things pointed out than having to pull out my micrometer to see if I need to add a .010 shim to something.
And don’t even get me started on the whole M48 turret thing, which turned out to be absolutely bogus. I measured the freaking thing myself and compared it to available kits. Yet all of the experts piled on and said It needs a shim! It needs a shim! like an old vinyl record you find on grandma’s garage floor under a pile of old metal filings.

Almost as bad is when the reviewer gives us an “in the box” or “First Look!” review, telling us how wonderful the kit is and it turns out to be a a steaming load. The need to be first (or at least score a free kit) seems to outweigh the need to actually build the thing and tell us how it went. Instead we’re treated to appraisals of the box style and whether of not the person who wrote the instructions can speak English as well as we can Mandarin, or Japanese. (For the record, I have not spoken Japanese with any degree of understandability in over fifty years - all of my teachers through the third grade were Japanese) so I think they’ve got most of us beat in that department,

Want to read good reviews? Read those by modelers who purchased the kit themselves. Nothing asses me up more than to drop $70 for a kit everyone said was “A very good kit” only to find it it isn’t even the same kit advertised on the box.

If you can find one at a good price and don’t mind dodgy instructions with high parts count I would look for a Dragon offering. I still believe that as an all round German armour producer Dragon held the crown.

If the reviewer pointed out the blemishes and then gave an opinion and reason , OK. The kit has these issues I found… but at this price point it is a good deal because you get… for the cost. Then it would be an honest opinion.

In David I trust…

In David I trust…

Amen!
Some misguided modelers take it upon themselves to question Davids answers,
never ends well for them …

Yes David has a wealth of knowledge anout Tigers; even the communication systems which you never hear about. With regards to Soviet armor, I’ve always trusted Cookie Sewell and Steven Zaloga.

This is a great expression.

Darren, here is the rub. The Dragon Jagdpanthers last series of production was new tooled in 2007. That’s 14 years ago. Have the new crop of Jagdpanthers improved on the Dragon version?
Saying that Dragon was ahead of the game at that time say’s the others were behind the ball. I see the photographic comparisons of Dragon verses Meng, I think Dragons detail is sharper. Dragon use to come with a box load of goodies, etch, Magic Tracks, etc… but not now. The new crop of manufacturers do however come at a lower price point, and a box of goodies.

I am sure this is what he meant. 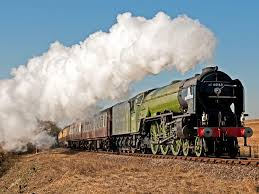 I agree with most of what has been stated above.
Personally if I want a kit I just get it and correct any issues .
Then again that is what I enjoy about modelling.
Personally , Trumpeter is my go to for most of the Soviet stuff I build. Yes they do have some glaring issues, but without proper research most people will never know.

First we would need a list of approved experts for each type of model subject.

A critical flaw in this plan: You are assuming that the people who are experts on real tanks are also not just modelers, but that they are modelers who are accomplished enough to discern problems with the kit from problems with their skills.

There are also folks who are knowledgeable about vehicles but simply have zero sense of proportion in their views, treating the omission of some minute feature exactly the same as omitting a complete roadwheel station.

Like most manufacturers they have accurate kits and less then accurate kits. The KV-2, accurate OOB. First gen T-55 not so much.

Comes down to what the modeler wants, for some a Lindberg T-55 is good enough, for others a Miniart Czech built T-55 is desired. Nothing wrong either way.

Good point Ryan. That is definitely a big factor in my opinion