A few days ago, I have begun reading the Combat History of the 17. SS Panzergrenadier Division 'Götz von Berlichingen. Because, I have made a Sturmgeschütz IV model of that division, according to the instructions of the Revell kit I purchased even longer back. I’m finding it quite interesting to read, but I’m feeling I miss a lot of required knowledge of other aspects of the Germans of World War II. Like general division organization. And what all those German terms and such mean. I’m going to search online for the Waffen SS ranks. But there is still a lot to learn. What should I do now? Can you help me out with this?

You can start with the US Army booklet on the Wehrmacht, which was declassified long ago.

Although quite extensive and probably with a lot of information that you may not need, at least is available for free and immediately.

From top of my mind, for organization of the armoured forces alone, the Panzertruppen 1&2 from T. Jentz were very good books

The Osprey series has a four volume set on SS Divisions and there is a Pen & Sword book on Waffen SS Divisions, however the latter has some errors in it. The US Army booklet suffers from having been compiled during the war so has errors and omissions. If you seriously want to go into this subject IMHO you are better off with more modern, well researched items. Editions Heimdal have a large catalogue of German and specifically SS subjects; it’s helpful if you read French! For more general academic reading on the Waffen SS, there is a more recent publication from Adrian Gilbert, “Waffen SS, Hitler’s Army at War”, which supplements the old Stein staple. I have been studying the Waffen SS and specific units for more than 40 years. If you have any specific questions about organization and nomenclature PM me and I will try to help. This is best one I’ve found on the subject of exactly what the German training was in WW2. Specifically, how panzers approach a blind turn in the road etc and that level of detail.

You’ll find some similar things in modern works as well as a lot of stuff hasn’t changed all that much just been revised and improved.

Thank you for replying so quick.
Do I really need those books to be able to get more understanding of the things that are written in the 3 volume book serie of the 17. SS Panzergrenadier Division Götz von Berlichingen?
I’m guessing I still need a little more help.
Or I need to be more specific.
Which I will be hoping to be very soon.
Thank you for the book recommendations and I could put them on my to read list for later.
@Hohenstaufen Which book series about SS Series do you mean exactly?
Could you provide some photo’s or more information?
Again, I hope I will be able to be more specific in this topic as soon as I can.

Do I really need those books to be able to get more understanding of the things that are written in the 3 volume book serie of the 17. SS Panzergrenadier Division Götz von Berlichingen?

What’s there to understand? Not following.

Here some more details and sources on the unit: Axis History Forum - 17-ss-panzergrenadier-division

Thank you, I will search on authors before purchasing a book in the future.
I apologize for a lack of clearance, I was tired yesterday when replying.
I’m gratefull for the book suggestion and the sources you share with me to do further research.

You have embarked on what could be a life-long study in which you may find that the more you learn, the more questions you then have. You might also discover that your learning will take you in different directions and to topics that have little to do with your original inquiries. In this respect, there are no easy, simple or short answers to your basic questions.

Having said that, I might suggest that you start here and then refine your questions to narrower, more specific points.

As you learn more, you’ll be able to define your questions better to discover specific answers.

Don’t lose sleep over seeming inconsistencies and apparent differences and divergencies from what “officially” should have been and what some unit history is telling you actually was.

^^^ That’s very true. My original interest in WW2 the War at Sea but it morphed into WW2 armored warfare. Detours into other area like Air War warfare & submarine warfare are a natural progression too.

This may be what Varanusk mentioned:

Very thorough and informative. Everything we knew or thought we knew as of summer 1944.

Hard to beat this memoir for the “feel” of when on on the German side for staff officers. It was a very highly regarded reference when published until the 1990’s. Had much influence on US cold war thinking as well. In fact it was required reading for parts of the US’s professional military at one point. American general [Norman Schwarzkopf]
(Norman Schwarzkopf Jr. - Wikipedia) kept a copy with him during the Gulf War.

Today it’s viewed more with more skepticism with some viewing Mellenthin among German generals he considered to have authored apologetic, uncritical studies on World War II.

Having read the book numerous times, I would say it was the profound work that switched my interests from War ar Sea to Armored Warfare.

In other words, there’s the context for what the books back ground and the scope of its impact. It’s well worthwhile to read even with its faults. Mellenthin was Rommel’s intelligence officer, at Stalingrad & involved in Manstein’s attempted rescue of the encircled German forces. 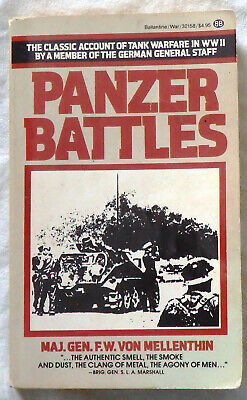 I may also suggest you get a copy of Sun Tzu ‘The Art of War’ if you need to get the essential knowledge to read combat history.

I have read all of your answers and I’m thankful for all of your answers you gave me. It is clear to me that this topic is a big and complex one. And that there are much other possibilities to study. And that I need to keep as much on subject and focus on it as possible. Because, if I don’t be careful, I can get lost and it could be hard to find my way back to the intended actual topic I was origanly studying. I will do the best I can with everything. And you may other topics show up as a consequence of my studies. Or I may use this topic for everything. Anway, thank you. It might also be worth to mention I’m walking around with the idea of actually starting to blog about this and much more topics I want to study in the future. Any suggestions or opinions? It is good what @SdAufKla says, because that means my blog would never run out of topics and so on to blog about.

I don’t have any better book to recommend since folks here know much more than me. It is rather a suggestion to go with when you read such these books.
It is to get pen and paper and draw out what you read. Compare to note, drawing helps to clear up the situation and visualize the battlefield objective. It ranges from the small organization, to small encounter, to the full scale battlefield and the allocation of different units. It is easier to understand the combat this way. Notes are useful for more subtle but important details such as logistic, resource, supply and behind the line intels.

The hobby of making miniature has a history of being used over the maps of high rank officers to represent the units on the field. It is still being used, although no longer miniature pieces, to plan modern conflicts.

Must note though, there are a lot of gut decisions in war, and they did work from time to time. Therefore logic doesn’t apply to everything, but one just have to accept that it did happen.

For more on the German recovery after the Soviet encirclement of Stalingrad, the attempted rescue of 6th Army, and Manstein’s “Back Hand Blow,” see Beyond Stalingrad by yours truly.

Blogging is alright, but it can lead to a path that takes more and more time away from your original interests. It’s way too easy to find that you’re spending all of your time online and hardly any time doing that which you enjoyed and which led you to the internet to begin with.

@Armorsmith DV, thank you for the information. Will add Beyond Stalingrad to my next Amazon order.

You gave a great recommendation. However, I can’t draw. I just can’t bring things over from my brain or something else onto the piece of paper. The notes suggestion is also interesting and I will keep this is mind. You don’t have to recommend books only to me, tips and tricks such as these are able to help me with my studyings as well. Thank you for your contribution to this topic.

I’m actually working towards Digital Minimalism and I’m constantly scraping away things that I deem to be unnecassary and things that don’t add anything to my daily life anymore. Privacy is also still a thing, but it isn’t as important anymore as Digital Minimalism anymore. Because I’m feeling this could be a great first line of defence to protect my privacy. It is also about making choices with the limited time and resources like energy that I have availlable. Much more frequent things have to wait and there are waiting times of several weeks or even months in the more extreme cases. I have now choses to be more active on here again, because I’m wanting to concentrate more on the model making hobby. And because I’m reading those books now. And since I’m all new to this. I can use all the help I can get. I have quit gaming and want to improve the quality of my life and I’m feeling scale modeling is one of the things this actually does. Studying, scale modeling etc. are some things I want to spend my time and energy and money on. No matter how restricted everything is. This means I can’t always do everything I want. But I do the best I can. 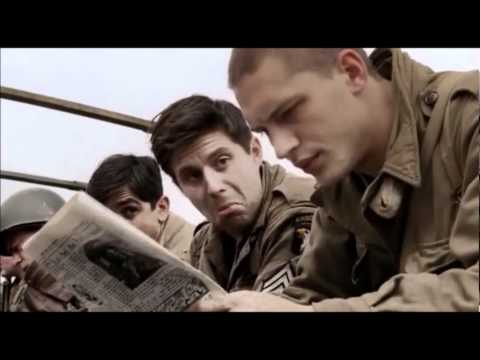