The Revell 1/35 MAN 10T. After 2000, Revell Germany did a slew of modern German vehicles in new tools. This is one that I had been looking for since Oct 2019 and found it in Dec 2020 for a mere 38 bucks. It is the cap to a group of several of these modern German vehicles. Mostly out of box, I did use a couple of coolers and some chests from Value Gear and a couple of packs from Tamiya. The cargo is all scratch made, the crates made from fuse boxes and the concrete pipes are empty register receipt roles that I printed out sheets of concrete texture images and wrapped. 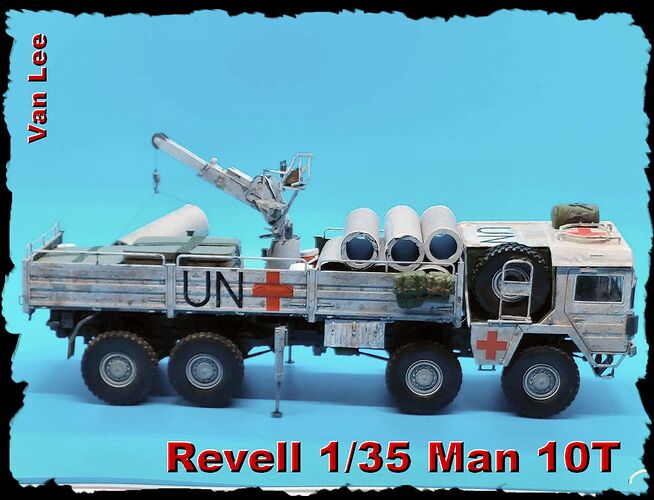 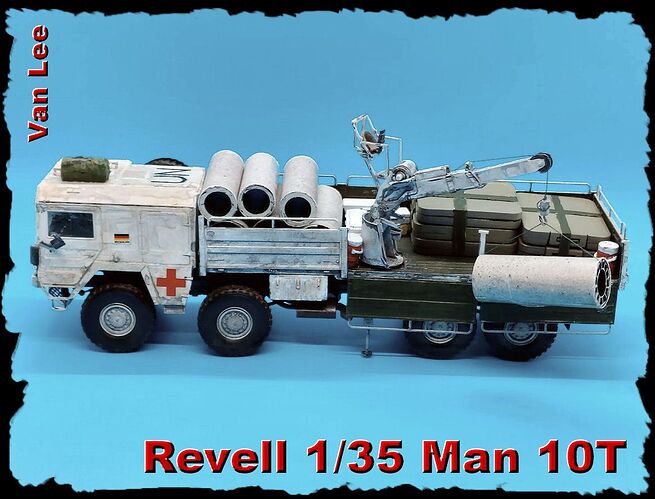 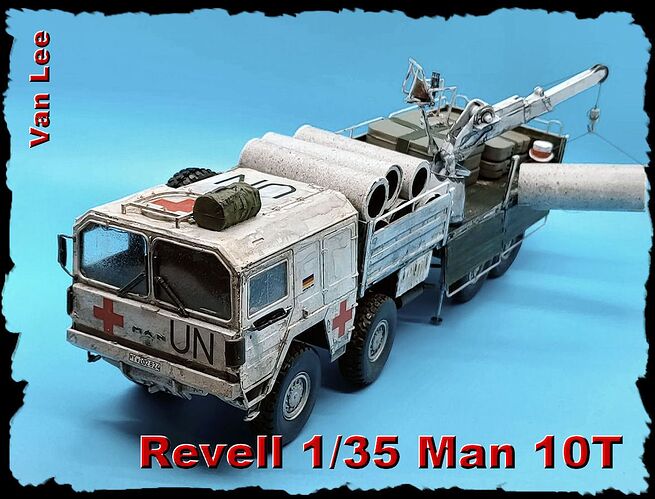 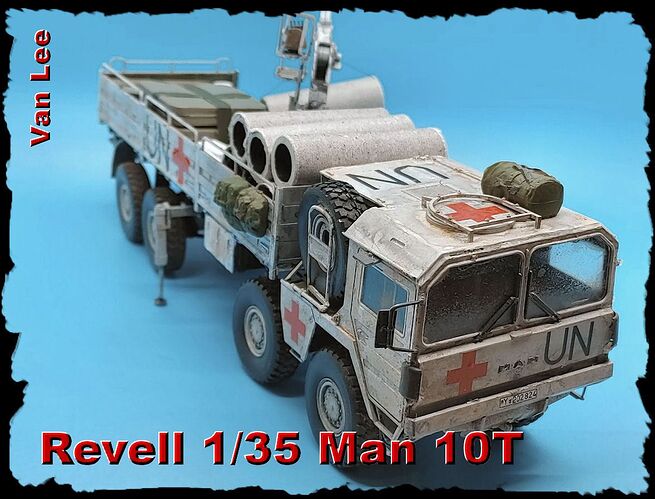 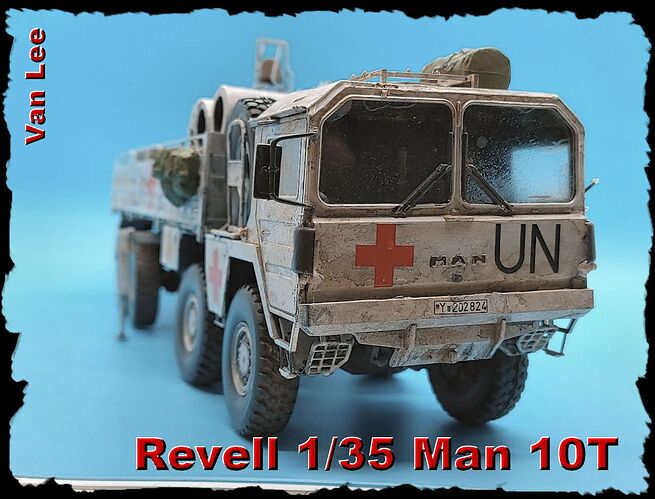 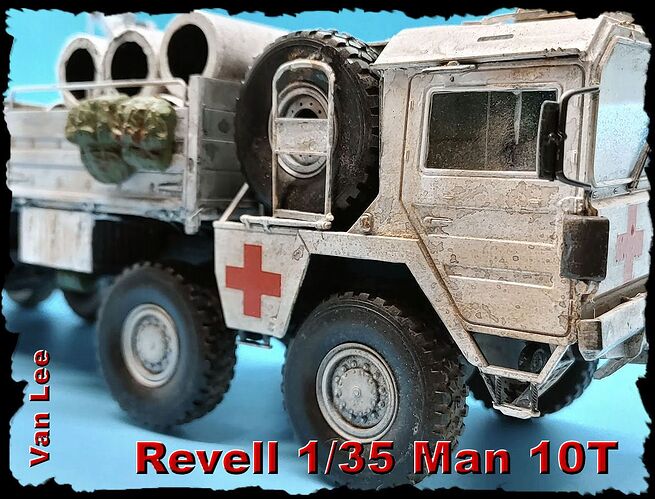 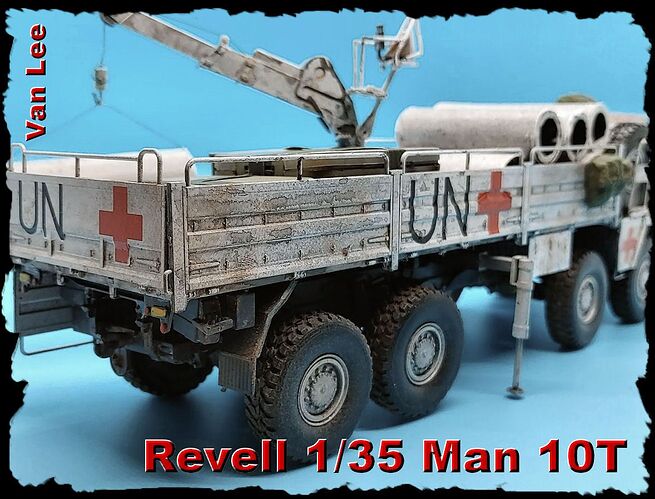 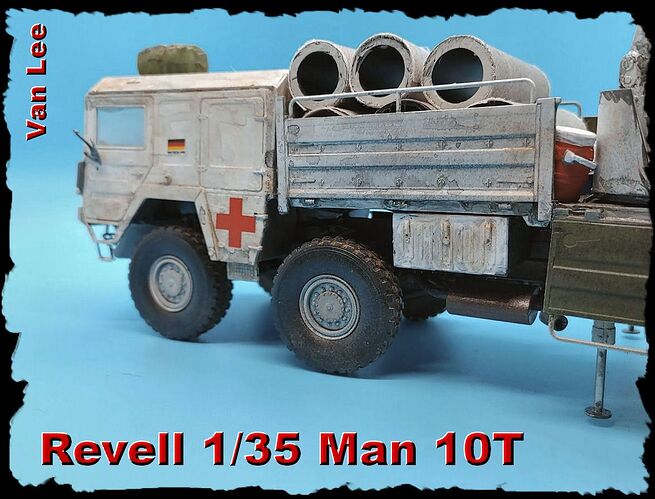 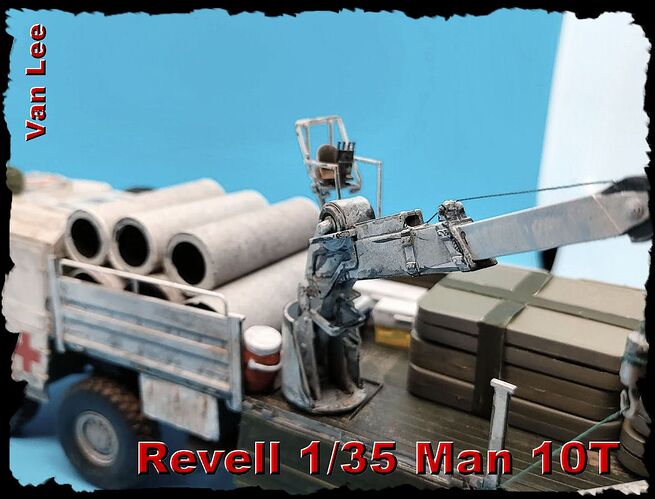 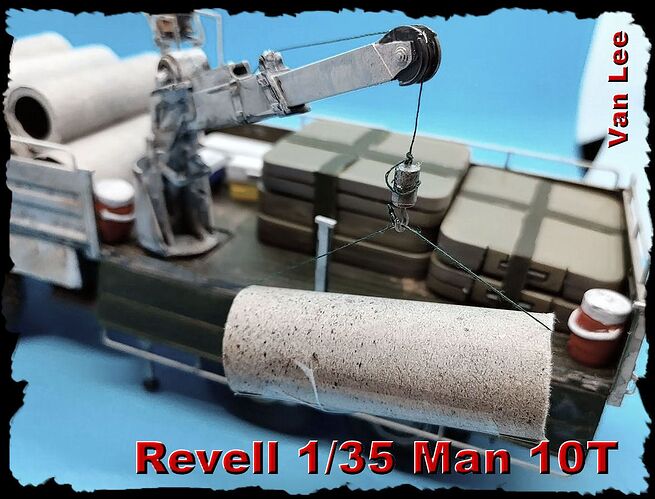 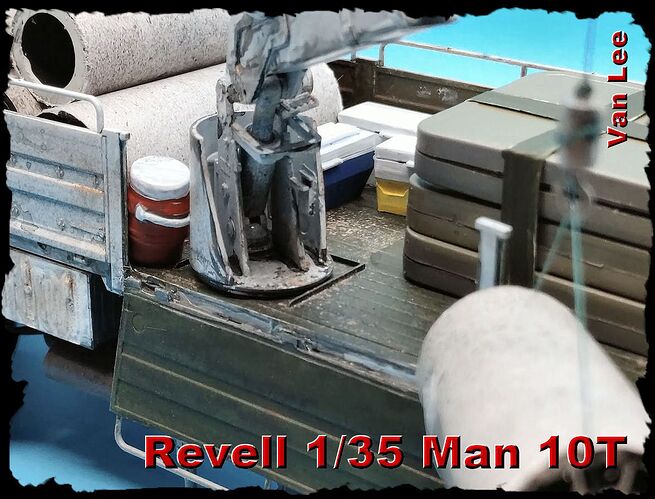 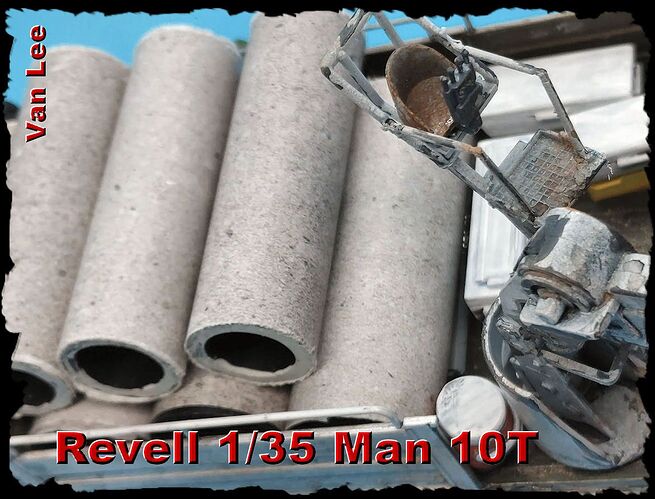 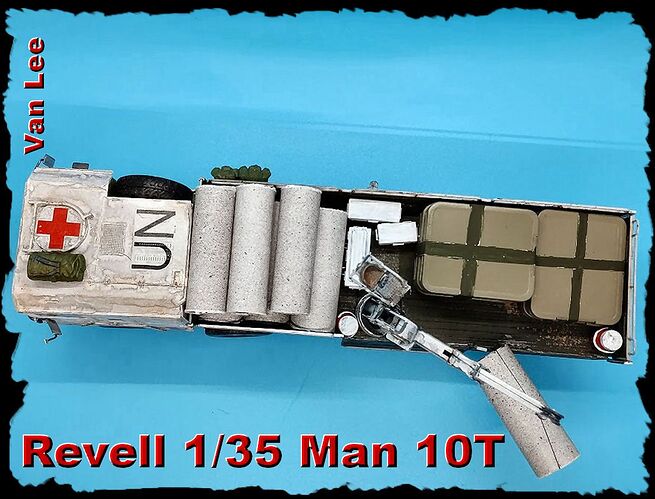 I like it. The white and UN markings make for an eye catching vehicle.

They really do. I almost did it in camo because I just did another UN vehicle in December, but when I got this kit I was already thinking about doing it in UN White. I did the three UN vehicles in 2020, a Centauro, a SLT-56 transport and a BTR-80. And they are some of my favorite builds of the year also.