Today, I hit the local pizza

buffet for lunch and paid cash. Received some small change. Later when leaving a tip (20%) on the table, I noticed one coin looked funny.

Took a closer look and discovered… 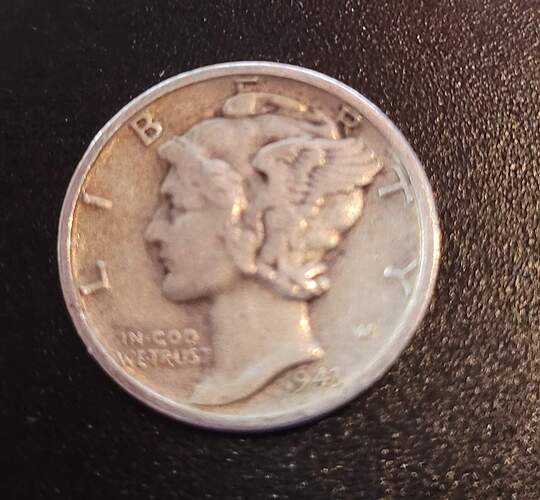 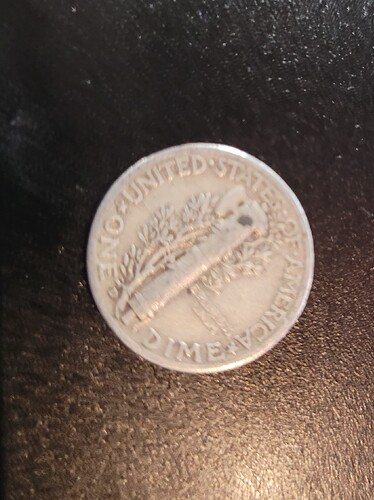 Took pictures right on the table at restaurant.

This 1943 coin at 79 years is the oldest, I’ve found still in circulation. Received a 1957 silver FDR dime back in ~2011 from a vending machine but this topped that.

Supposedly on a sign above the bar in some saloon somewhere:
In God We Trust
all others pay cash.

The currently smallest coin in Sweden is 1 SEK and they were all swapped out a few years ago so
the old, larger, 1 SEK has been recalled and recycled, those that still exist only have collectors value.
The chances of meeting an old coin in circulation in Sweden are minimal, I have some that my father collected and the oldest of those are 100 years or more but they were put in a tin by my father 90 years ago.

I hope you kept it. that is probably silver.
About 15 years ago i remember an article that an avid coin collector was putting a buffalo head penny into circulation and offered a cash reward to anyone who obtains it within change in order to promote coin collecting. The article stated that he put special marks on it to identify it as his. he put it in circulation in NYC, i believe he said at a vendors cart paying for food.
About ten years ago i bought a cup of coffee here in northern NJ at a dunkin donuts(probably a donut too since I can’t resist) and examined my change when i got to my car since i collect wheat pennies. When i looked I found a buffalo penny with slash marks around the edge of it. I’m pretty sure this is the penny but it was so many years later and i didn’t save the article so I have no idea how to find this guy. I tried to do a search on google but couldn’t think of how to word it, didn’t find anything. It is still sitting in my drawer. Any ideas how to find this person?

I used to spend summers in Upstate New York in a town few people have ever heard of - Ancram. We would play bingo in the firehouse on Tuesday evenings when they pulled the fire trucks out. Proceeds supported the Volunteer Fire Department.
They had an auction once. It was pretty much different batches of unrelated junk. I bid $2.00 on one such batch - in it there was an old table that looked cool and had refinishing potential.
This was in the drawer: 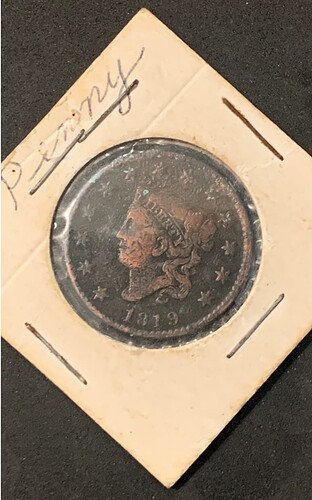 I used to live in Manhattan and have accumulated a large number of coins from around the world, with the oldest being a 1 pfennig coin from 1875 but it disappeared during a move. My oldest now is an Indian Head penny from 1907. I have one of those Mercury dimes from 1934.

We get a lot of interesting looking coins over here in the UK, usually 50p, £2 and the older
£1 coins. Have kept some of them. I’ll have to find them out and shoot them.

Oldest still in circulation are the 1p and 2p coins who’s designs have not changed since the introduction of decimal currency. Quite regularly get ones going back to the early 70’s. But most of the others have changed over the years.

My dad’s the big coin collector in the family. He’s got all sorts of stuff going back to Roman and Greek.

My mother-in-law’s second husband was from England, and he gave a small dresser to my wife at one point. A few years back I was cleaning it out for a mild restoration and found a large number of 80’s-era British coinage, including a 1 pound coin from 1989–the thick ones with writing around the edge which I always enjoy.

In Berlin we were required to always have three 10 pfenning coins (Groschen I think the Berliners called them) so that we could call in from a pay phone in the event of hostilities. Somehow I found out you could use something else worth far less. I think it was the British 1p coin but I’m a little fuzzy on it. However I do remember stocking up on them quite a bit.

Great finds here, guys! Every now and then I also collect coins and some years ago when I visited Switzerland, paid cash in a shop and got the change. This was one of the coins I got back. It’s 20 Rappen (1 Franc = 100 Rappen, 1 Franc CHF equals today about 1 €uro) from 1913. Of course I took it out of circulation and it went straight into my coin collection … 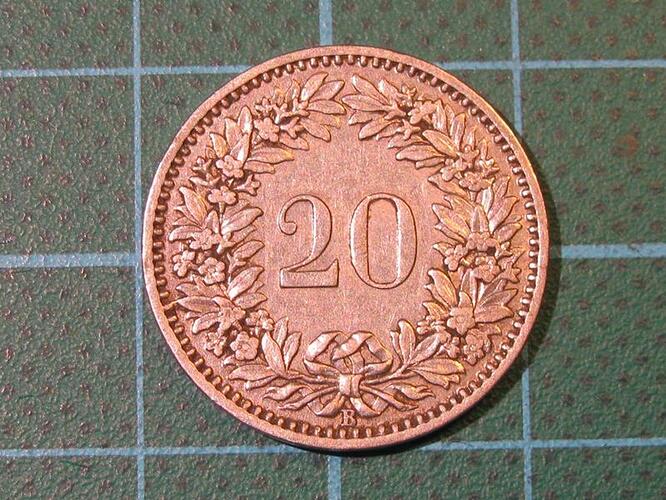 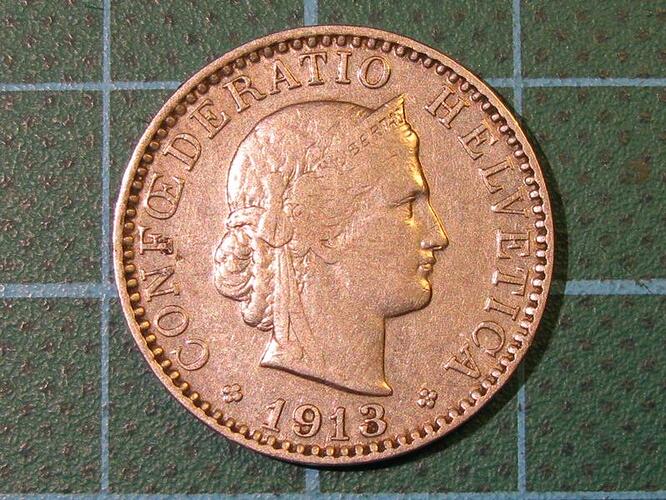 The oldest german coin I have are 50 Pfennig from 1949. But this currency is no longer in use. Today I collect €uro coins. Meanwhile I have most coins from all €uro countries and I try to get the special made 2 €uro coins. It’s a big new field for coin collectors and I have quite a few now from Ireland to Latvia, from Portugal to Finland.

Btw, this is another fact I love about the Kitmaker family. Beside our beloved modelling we can discuss so many other things and are not off topic. Wonderful!

Now that’s a useful discovery, not to mention money saving!
Reminds me of the time I once tried to use plastic toy coins in an arcade. In my 8 year mind it seemed like the perfect crime. Didn’t work!

I had real trouble getting rid of the 5 rappen coins back in 1989.
If you showed coin or bill large enough to pay for your groceries
the cashier hit the buttons and your change rattled out. No chance
of paying with small coins when the deal was already closed.
The larger coins could be used in the phone booths to “phone home”
but the 5 rappens were rejected. My solution was to add up the
groceries before going to the cashier and make sure that there was
an even number of products ending with 5.

My son of 13 collects coins (and paper money) from all over the globe, so if any of you wants to get rid of yours, you can send me a PM

Here in Europe most countries have switched to Euro 20 years ago so that’s the oldest you can find.

However we have some fun, yet. As each country has their own coins with different images, you can check the change for odd ones. Usually any country different than yours is curious, but there are some very rare ones like San Marino. Or even a 2-euro French D-Day commemoration:

I have to say that during my time in Germany, I relished the 5DM coin - now that was a coin!

I believe I only have the later 5 DM coin in my collection, which I think came out in the mid 1980’s or so. I still remember the older 5 DM coin from the 1950’s and yes - it was an impressive coin. Here’s the younger sister …
Front side 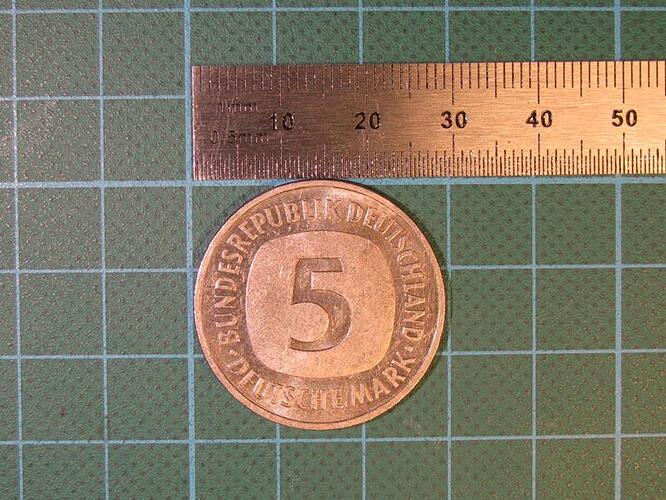 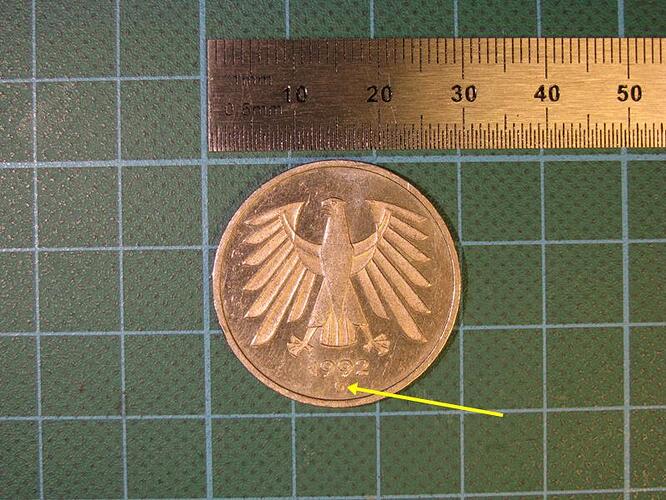 All german €uro coins are also marked with the letter of the mint. And btw. some time ago I read that all €uro coins for Latvia are made in Stuttgart and Karlsruhe …

Carlos, yes collecting €uro coins (especially the different 2 €) is very interesting. I have also a few from San Marino, Monaco and Vatican, though I believe they are only made for collectors. I wouldn’t bring them into circulation. They are too rare.

I’d forgotten my own English heritage - the mighty half-a-crown:

If I had one of these as a kid then I was seriously rich; at least an Airfix kit and some change!

If I had one of these as a kid then I was seriously rich; at least an Airfix kit and some change!

Not forgetting those crappy paint sets with high gloss colours such as emerald green, yellow and red, all in tiny glass vials - corked for God’s sake - a set of half a dozen; just what I needed for my Me 262. And nobody had told me about white spirit. “Dad, my paintbrush has gone all hard”.

This was a surprise. I’d forgotten I had it. I knew I had a lot of coins from the DDR in my stash, but I stumbled across this one today. It must be in pretty good shape - you can still easily read the writing on its edge. 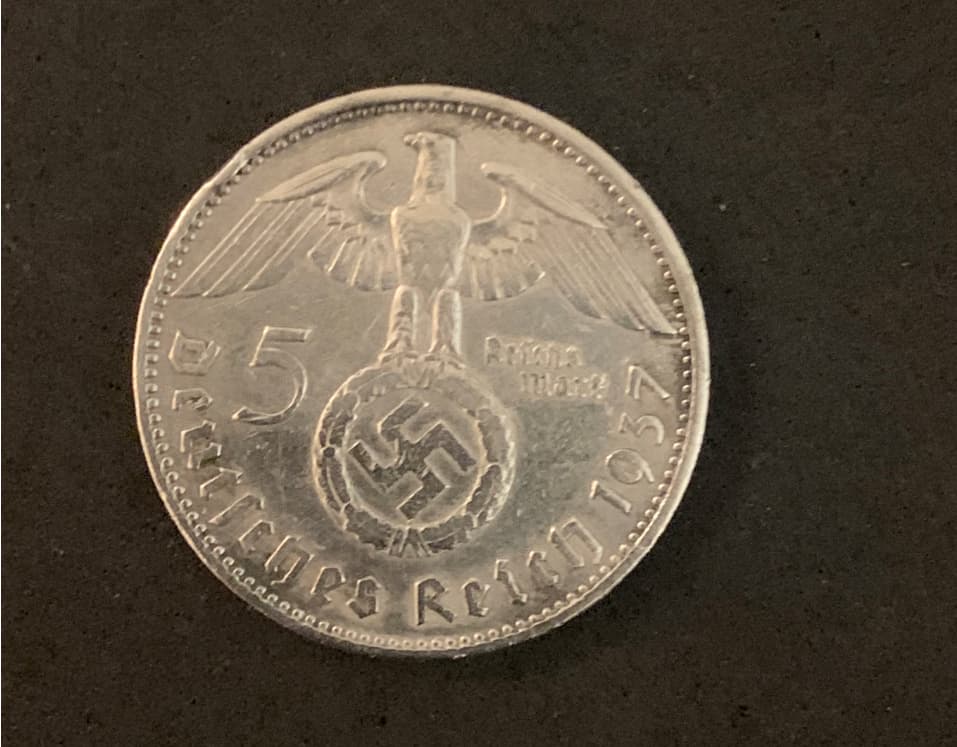 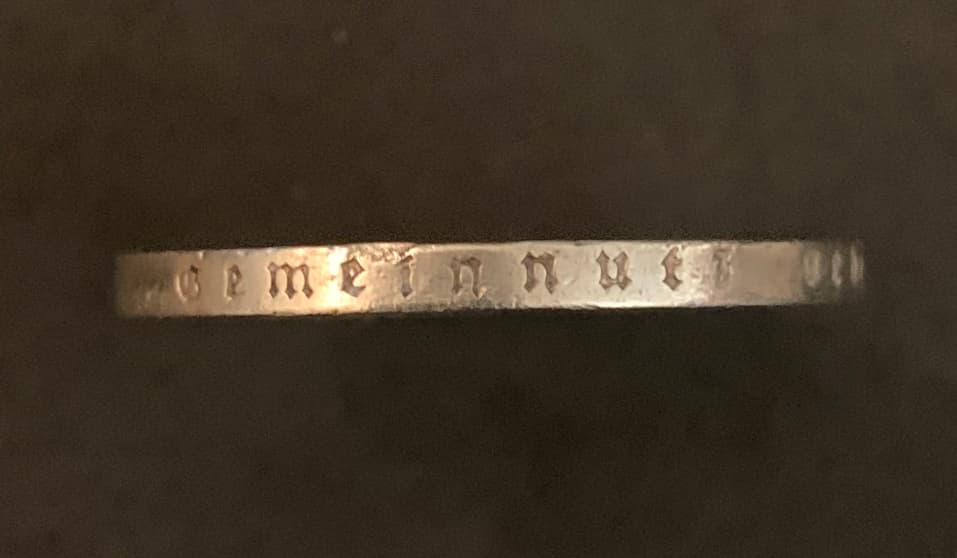 Maybe the guy who just finished that Sow’s Ear Roden kit can use it!