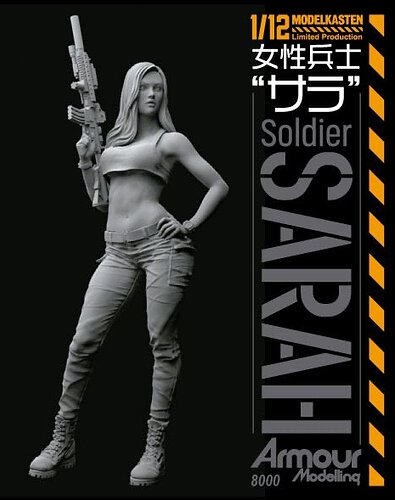 Is that a pic of the actual figure, or a CAD representation? I would prefer the pic.

If the WRACs had looked like that when I was in I’d have stayed on!

I hope they produce a half-size version (75mm)…

1/35 would be nice, too. It would be compatible with a lot of Yufan stuff.

the problem being is there 1/35 Asian size is considerably smaller than the western 1/35 scale that we are used to.

but the figures image, it’s the only way I can describe the picture posted at the start of this thread does look good.