And just to tack on to what 18Bravo said, the Jumpmaster has the option of being first or last out the door. He can lead his stick, or follow the last trooper in line. Sometimes they even stay with the aircraft along with the safety. That depends on the type of drop. I’ve jumped with JMs who have done either method. But the Jumpmaster is the one giving the commands. And no, the Jumpmaster job is not easy.
A related note, the first trooper, first stick, is a “wind dummy”. You can figure out why. The DZ control party/Pathfinders may make adjustments to the release point on follow on aircraft and sticks based upon where the wind dummy goes.

I went into the Army at 145 pounds - my high school wrestling weight. By the time I graduated the Q Course I was down to 135. When I got to 10th Group I was the wind dummy. First out the door and often last to land. I was so light I’d sometimes rise up slightly over thermals.
Toward the end of my SF career I was jumping at 225. I fell to earth like a farm animal.
And if you think a JM’s job is hard, the SF Static Line JM Course is even worse - we were told there was a fifty percent failure rate, and indeed we graduated twenty out of forty.
Our course includes setting up DZ’s similar to Pathfinders, and calculating the location of the X using GMRS. Forward throw, airspeed, windspeed and direction. Fun stuff. It’s a wonder I made it past the first day.

Toward the end of my SF career I was jumping at 225.

Before parachute and equipment…

My softest jumps were in winter…, I never seemed to find those thermals in summer and landed accordingly.

This sums it up quite well: 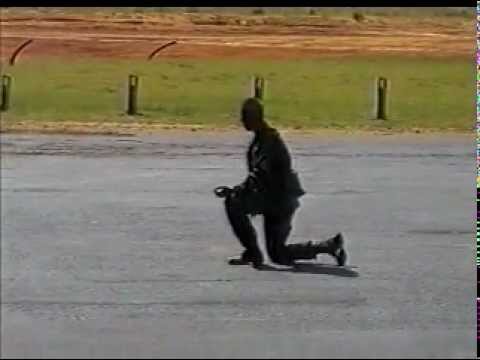 Some guys have too much free time on their hands…

Well I just learned something, I didn’t know this song was a thing till now. Back when I was an air scout, Boy Scout but we wore airforce blue and did aviation related stuff, we sung that but with different words, same chorus but with gory replaced by glory and the first verse starting with ‘He took the Flying Fortress up to 40,000 feet’.
This was back in the late 70s early 80s.

There are so many videos like this one. But this is a good example. I like to tell people it’s as easy as stepping off the aircraft and letting gravity do its thing, even thought that’s not quite the case. The dudes in this video with static line issues could very well have have their arms yanked out of their sockets - or worse. Advance to 30 second mark. 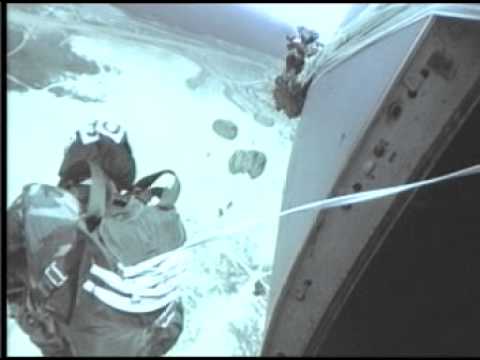 Thanks! “losing helmet” …
I suspect it would be possible to lose the contents of the helmet too …

In any case, we’ve turned someone making negative comments into something pretty interesting, which is the opposite of what usually happens here.

I almost lost my helmet on my first jump in jump school. I could feel the Velcro on the rear straps pulling apart as my chute deployed and opened and I was counting. By the time my canopy was fully inflated my helmet had moved forward to completely cover my face and block my vision. It all felt like it was happening in slow motion….

One of the funniest videos I’ve ever seen was posted by 18Bravo I think. It was of these paratroopers from Africa, not sure if they were from Nigeria or Kenya or what but it shows them flopping down on the ramp and falling out the back of the airplane and some sitting in the door and refusing to jump. Hysterical!

Maybe y’all have heard/read this myth or a variant before:
Story goes that during WWII, the British Indian Army planned to drop a company of the toughest Gurkhas behind Japanese lines to help stop the oncoming invaders. A British major explained the plan to the Gurkha sergeant major, saying: “We’ll drop you from 600 feet.”

The sergeant major talked to his troops, then went back to the major: “Sah, the men say 600 feet too high. They want to be dropped lower.” The British major said: “All right, sergeant major, we’ll make it 500 feet.”

The sergeant major spoke to his troops again, and again went back to the major: “Sah, the men say 500 feet is still too high and want to be dropped lower.” The major said: “Sergeant major, we could go down to 400 feet to drop you but that wouldn’t leave enough time for the parachutes to open.” 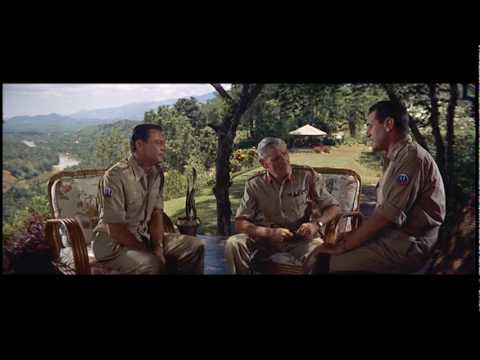 Ken,
Please take a deep breath and reconsider. I too enjoy your build threads and I post often enough that you know I do. What I can promise you is that no one will call you out here as the Mods will delete the posts and pm both parties to keep it off site.

I think @Stikpusher and @Kpnuts are the same person. @Stikpusher wanted more name recognition so he created a crisis

I think @Stikpusher and @Kpnuts are the same person.

I am somewhat nuts but I hate being on KP…

And where were those nuts anyway? 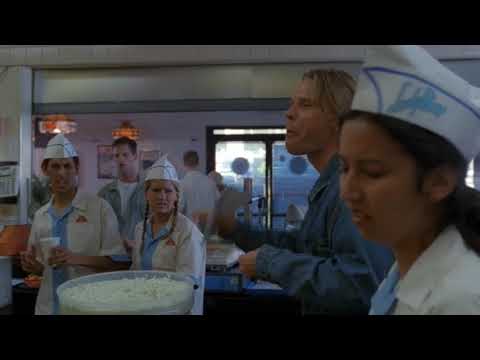 Ok thanks Richard and joel (and my daughter) i mentioned this to her and she said what if he is on all the forums you are on are you going to leave them all, just over his opinion. I will stay (i didnt even know he was on here until someone on FSM told me he was on other forums so we need never cross paths again.