Any suggestions on a decent color match for a Stryker vehicle? Preferably without having to mix paints.
I was going to go with NATO Green but it looks like they are a darker color.

NATO green is what I generally use. Anything reasonably close will do as with weathering it will darken and will be difficult to tell what the exact original color was. Good luck.

I’ve only been around Strykers up close and personal for one period in my life, when they were being phased into service at Ft Lewis. At that time, they all looked to be CARC/NATO Green. Besides, if you do any weathering, that will change the end look.

I had a good tip from @SSGToms to use AK Forest Green, and it looked pretty good once I did it on mine. If you scope back through the Stryker group build you should be able to see it. 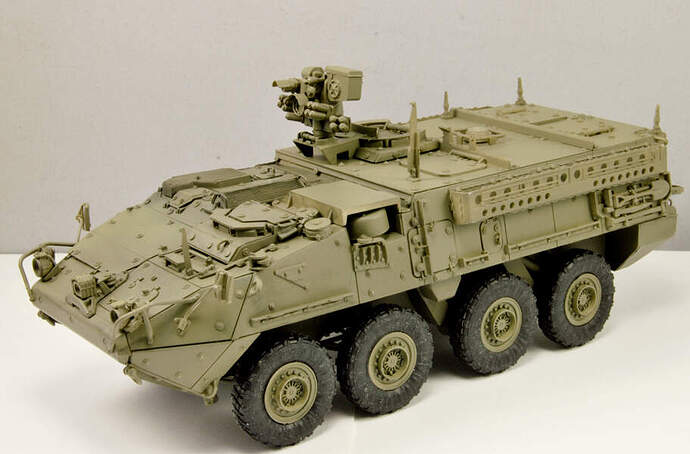 after applying the GTA grey dust 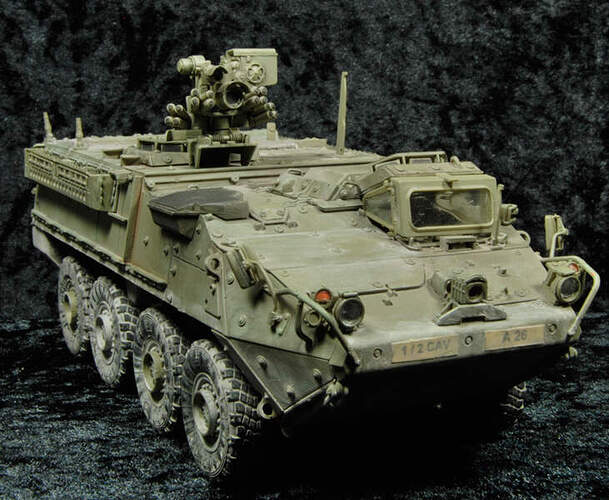 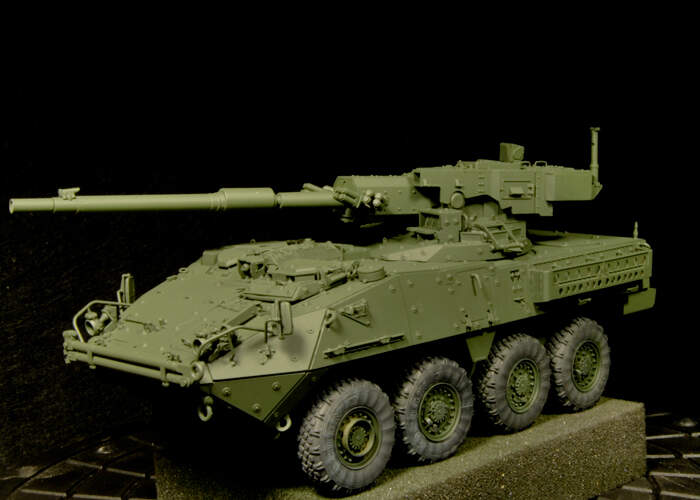 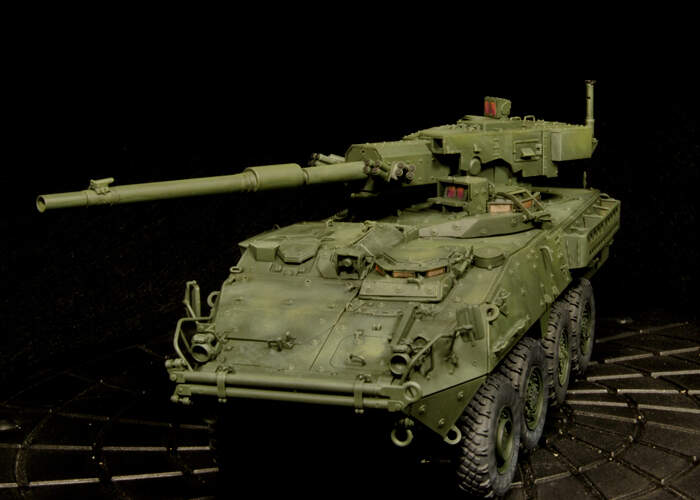 Thanks, I have been trying to standardize my colors with the different kits that I build. Mostly USA, Russian and IDF modern armor.

If a modern US vehicle is one color, it’s Forest Green. If it’s 3 colors, it’s NATO Green.

Speaking of Ft. Lewis, I took this one today at their refit facility. Got some great shots of the newest DVH-A1. most of the photos, indoors and out, are slightly different, but this one is the closest to the actual color based upon my somewhat questionable memory. 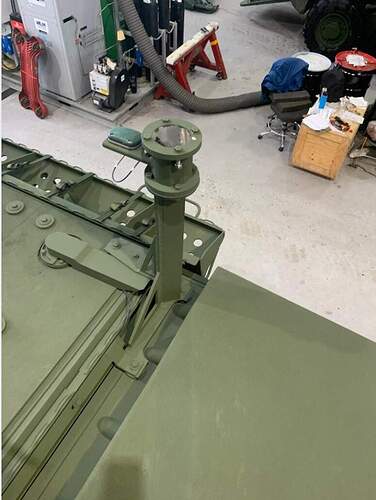 If a modern US vehicle is one color, it’s Forest Green.

I don’t believe that the old MERDC FS 34079 Forest Green has not been used on a production line since the CARC/NATO colors were introduced and adopted in the late 80’s. The primary reason being their CARC properties- Chemical Attack Resistant Coating. Strykers most likely should be in the NATO/CARC green, not Forest Green.