While this scale and russian topics are actually not my favorite subjects I immediately liked the kit when held it in my hands and so it changed owners. 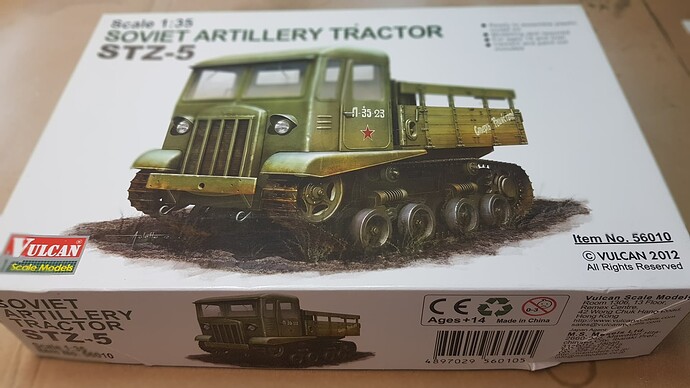 And it has not disappointed me so far.
Building was straightforward. 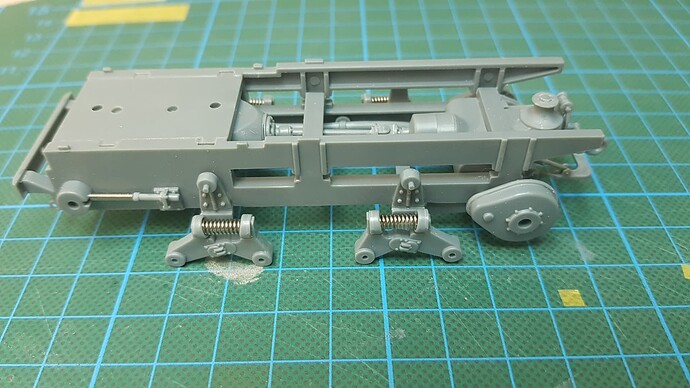 A few metal and photo etched parts added nice details where it made sense. 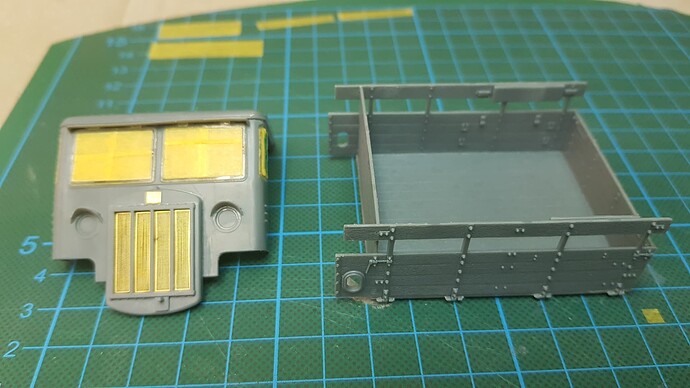 Fit was generally good and the dreaded tracks have been broken down convincingly to ease assembly. 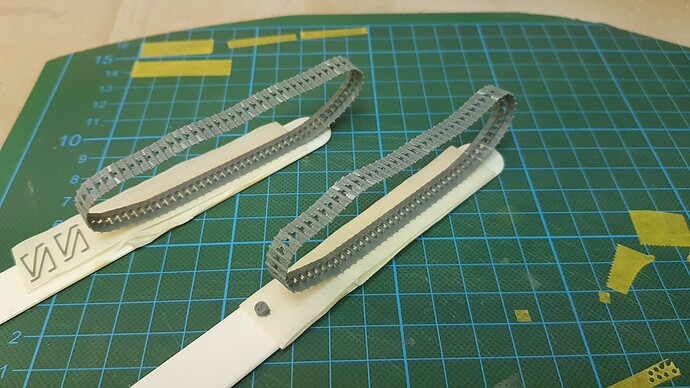 A coat of primer followed. 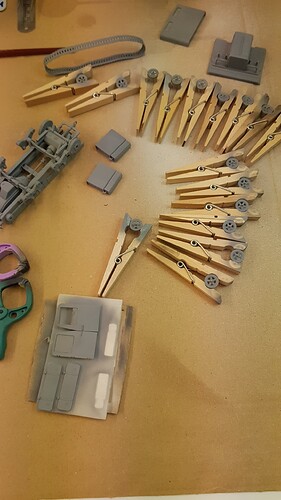 Now…
The actual idea for this project was to try to weather this beast as layed out by Michael Rinaldi in his Dozer Build. 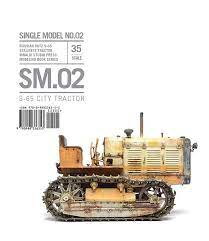 So I tryed to stick as closely as possible to the described techniques in the hope to achieve a convincing result too.

Let´s see how close I will get.

Look forward to seeing how it turns out. I like the kit but don’t have it. Looks good from here. I like Michael’s books and videos. I have used it techniques in the past.

Color is the key. The first coat was a spotchy rusty coat with Tamiyas XF79 as a base. Not having it in my stash I mixed a light rust tone from Tamiya XF2/XF55/XF3 and X7 in a ratio of 1/3/5/1 and lightened the base tone with it. To make this layer more durable during the subsequent maltreatment it was sealed with a coat of matt varnish and then covered with hairspray (decanted and applied with my airbrush). 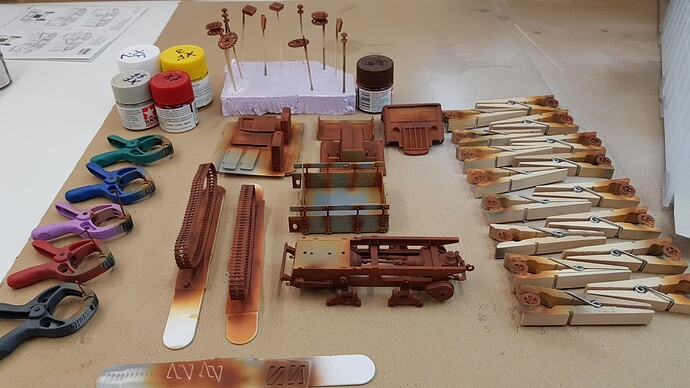 As a base for the metal parts I chose XF67. But first a much lighter coat with XF76/XF2 (1:2) was sprayed and hairsprayed. As a dark variation I added XF10 to the base coat.
After all layers were applied I gently rubbed the colors with various tools - to almost no avail. So I enforced my efforts and rearmed me with new tools like sandpaper, tooth and brass brush. I attempted a pattern that real wear might produce. So far this is the result: 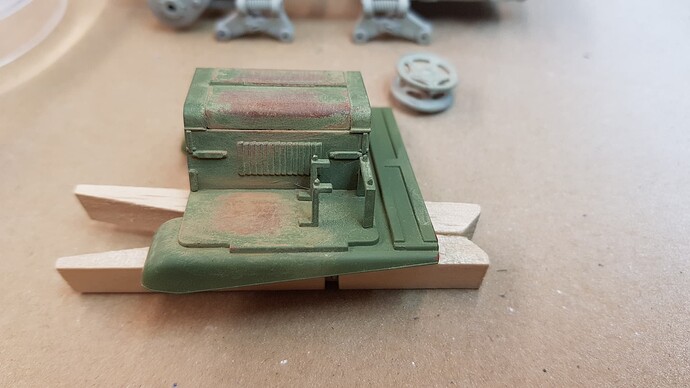 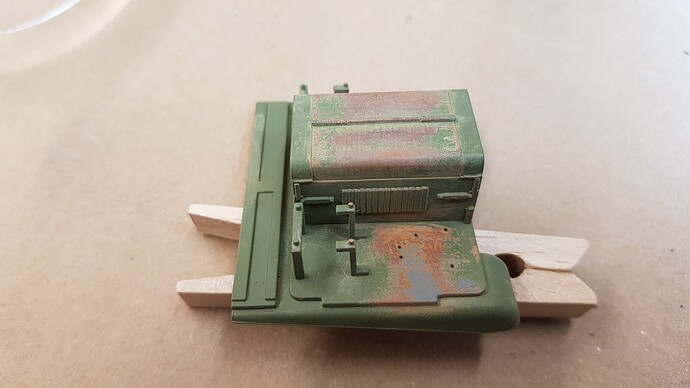 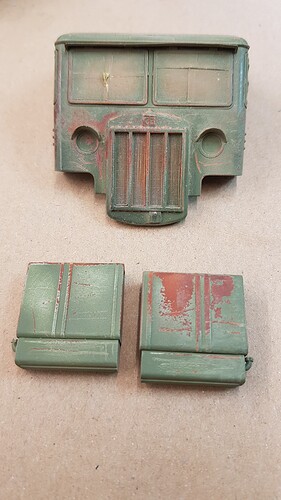 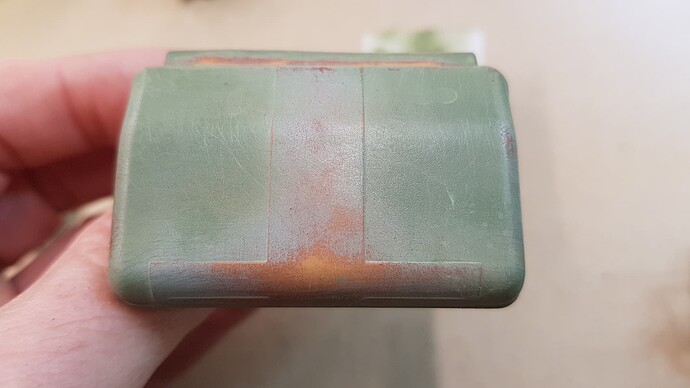 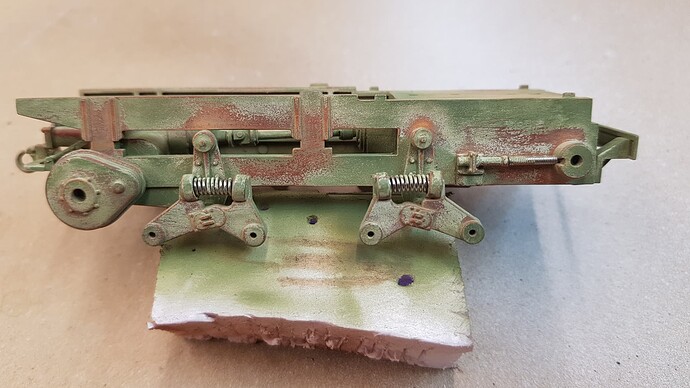 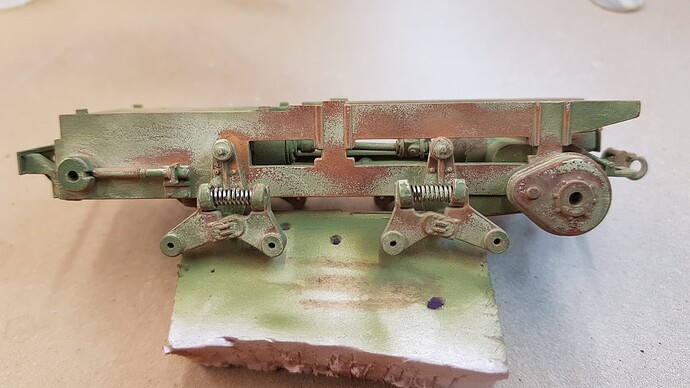 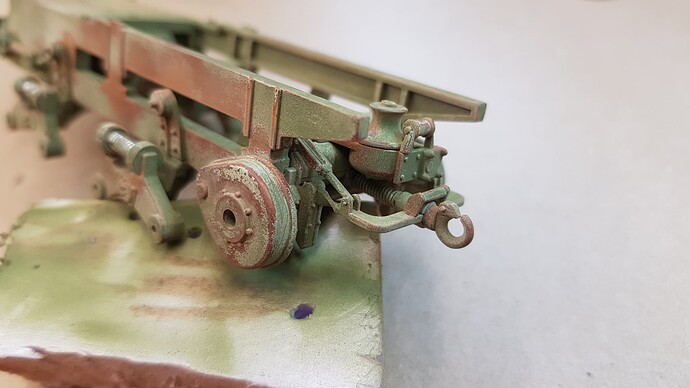 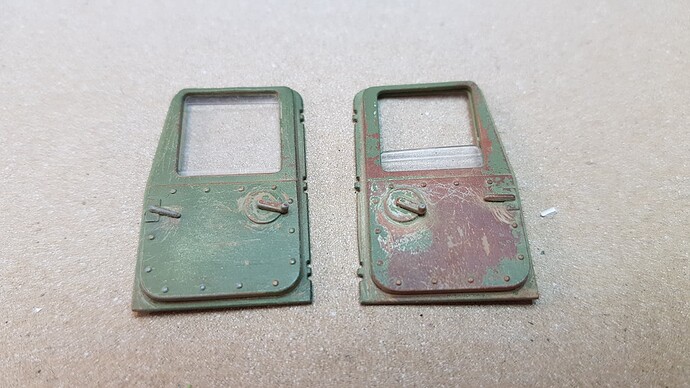 Now with the running gear assembled. 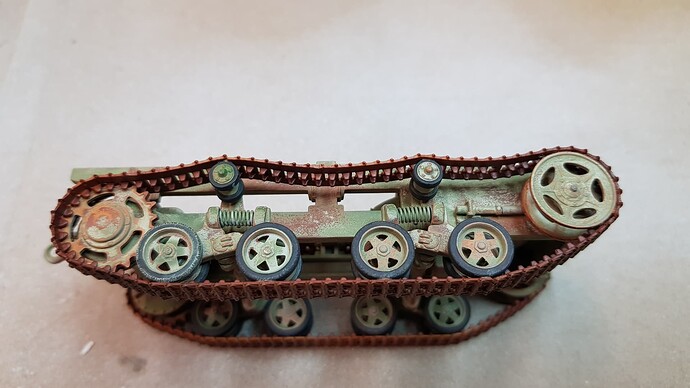 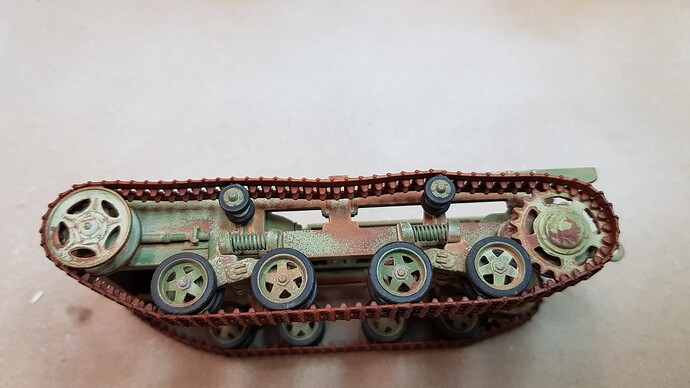 …and the cabin temporarily attached. 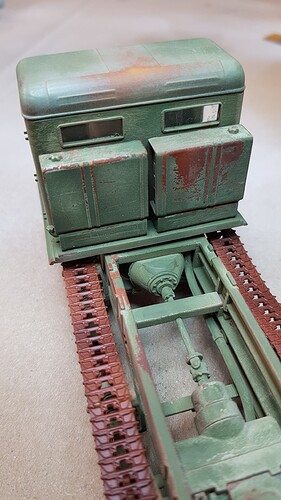 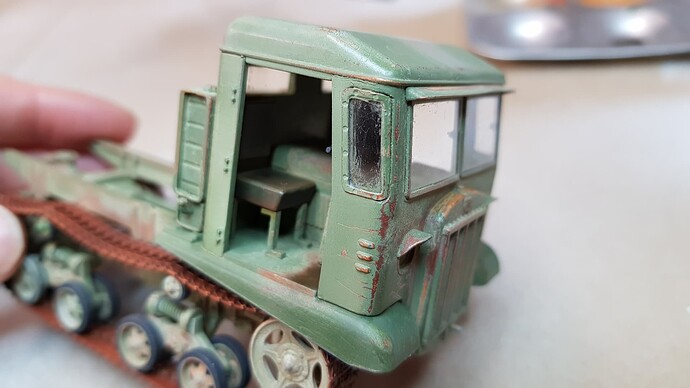 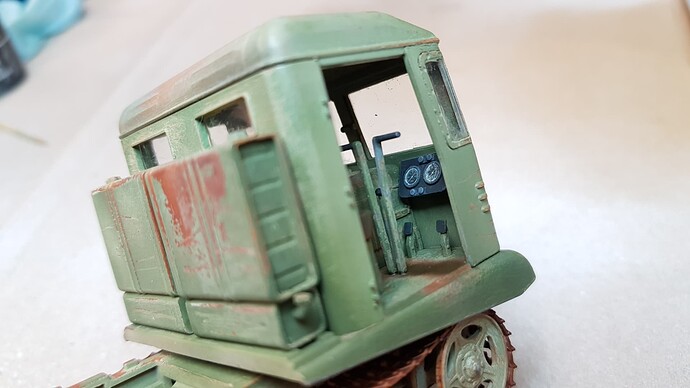 Well, some touch ups are still needed and some of the effects have be toned down at places and enhanced at others but bottomline I am quite happy with the result so far.
Next step will be oils…

Looking good Michael. I also like the Rinaldi way of doing things. You’ve certainly managed to get a great ‘well used’ look so far and I think the oil work will really enhance what you have already done.