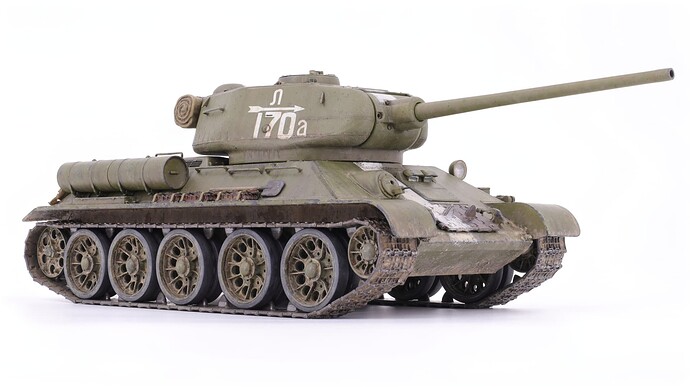 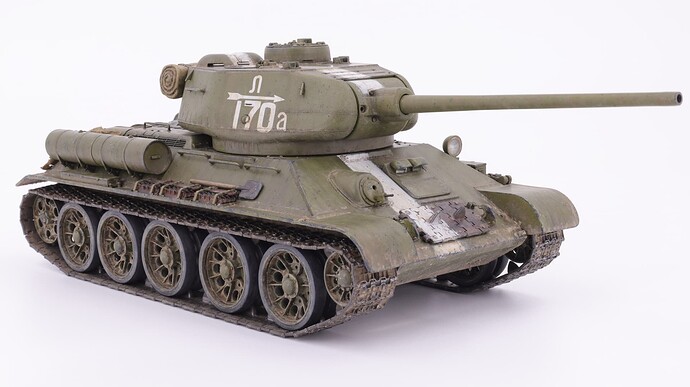 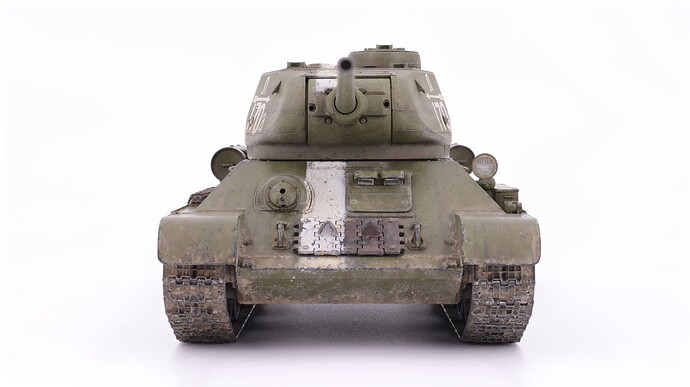 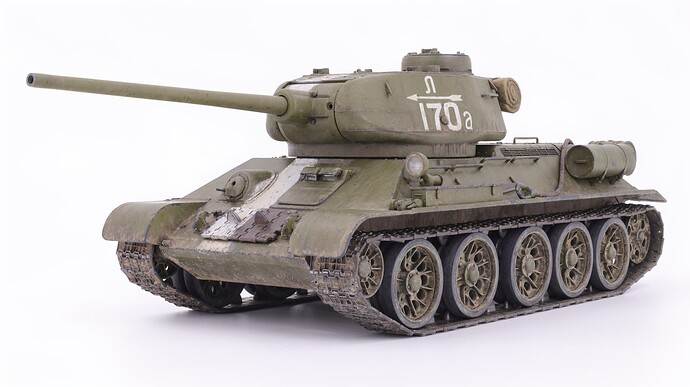 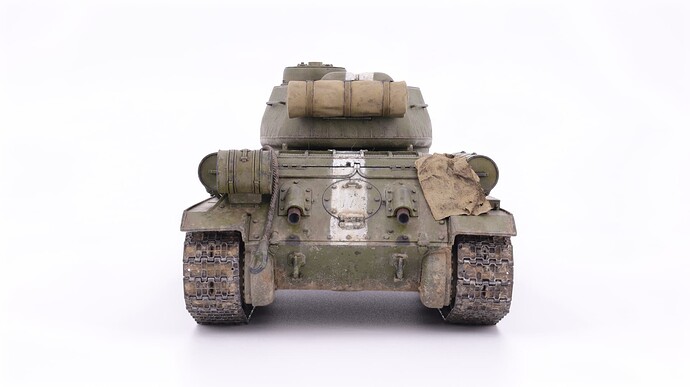 T-34-85 mod. 1944 51920×1078 80.2 KB
Hello everyone, friends! I’m new to the forum. And this model is one of the last completed works. It was built under interesting circumstances. I saw enough in the network of various competitions in which people build models in 24 hours, and I asked myself the question - can I build a model in 24 hours? And what do you think? I couldn’t! It was only possible to build everything and primed. So, after the 24 hour deadline, I decided to continue as usual. The model is completely out of the box. And 124 hours were spent on all the work on the model!
And since then, the thought has not left me - what and how should I do so that I can meet within 24 hours? And at the same time, the model would have a normal appearance.
What is a normal appearance? And so on and so forth. In general, questions - a million.
What do you think about this?
Sincerely, Vladyslav.
20 Likes
Armorsmith June 12, 2022, 8:30pm #2

What kit is it? 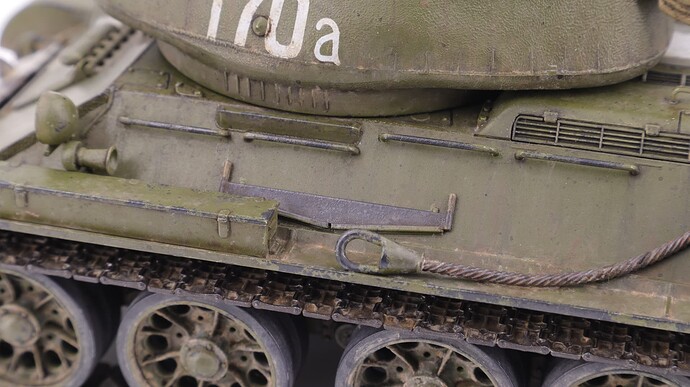 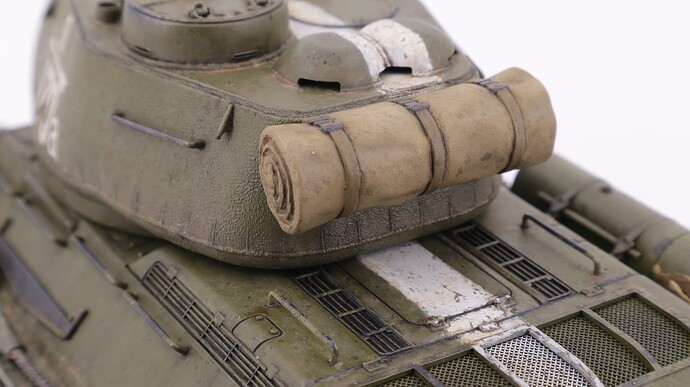 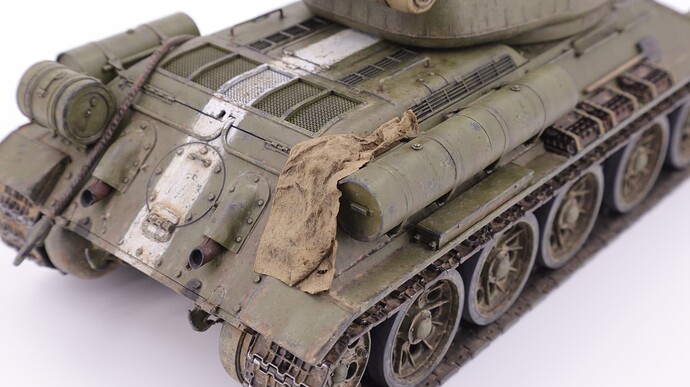 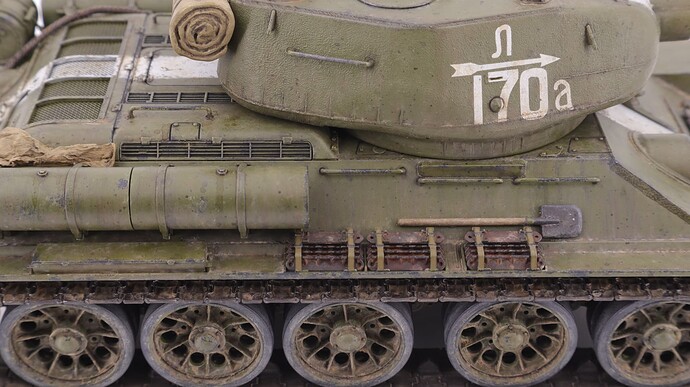 What is the white stripe for? Is that a unit marking, or for aircraft recognition? I’m not that familiar with Soviet markings.

Nicely done. Excellent weathering and eye for detail.
Welcome to the forum, hope to see more of your builds soon.

Thank you, CreadingI
I am very grateful to everyone for such appreciation of my work!
There are many different projects

Great job on the model! I also the look of models with a white stripe but never really understood what how the markings worked - thanks for explaining!

Спасибо, Vladyslav. I appreciate the information.

Nicely done. Its well painted and the weathering is very good … Gives it a real used look

Welcome, Vladyslav! What an entry! What green did you use?

Thank you, Johnnych01!
I tried. But, due to haste, there are enough flaws there.

очень хорошо сделано!
That’s one of the best examples of paint wear I’ve ever seen - no overdone chipping, and nailed the color.

Thank you, 18bravo!
In fact, there are enough shortcomings. Harrying does not allow you to do something better.
If I am building a model not of a specific prototype, but of something “based on”, I try to be very moderate in the weathering process. Enumeration of this or that effect can drastically worsen the appearance of the model. Here I am guided by the main rule - “better - less”.
Sincerely, Vladyslav. 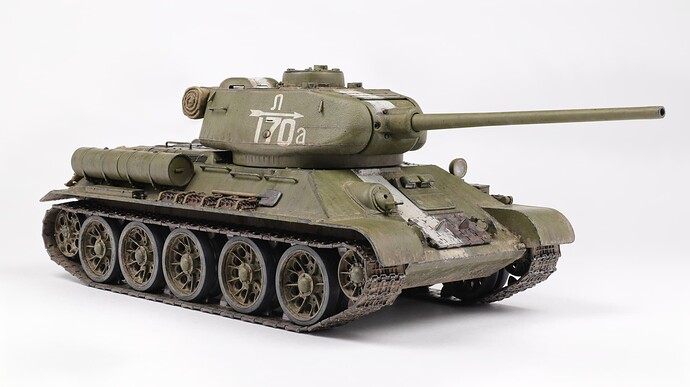 I have been looking at my first post for several days now, and I understand that I screwed up with the photo!

Well, that’s not what it should be.

Since I am a beginner photographer, on the way to the ideal result, I have to go through trial and error. I decided to do a test reshoot with another lighting and immediately saw a difference in color reproduction. The previous photos have all “gone” in red and blue. The last photo turned out to be closer to reality. The photographs were not subjected to any processing. I post it as is.
And further. Friends! I am not a professional modeler and not a professional photographer. But! I am interested in posting on the forum the highest quality content that I am capable of at a given time. Therefore, your critical opinion about everything related to this content is very important to me. I adequately perceive any criticism. Your advice and criticisms are what I need in the first place! Your feedback is very important to me!
Sincerely, Vladyslav.
P.S.Your

inspire me! And criticism encourages the next work to do better!

Jim!
I have updated the information on tactical designations and added two good links with information and photos.
Sincerely, Vladyslav.