The SSkra German Flatcar from T-Model is now available at shops. 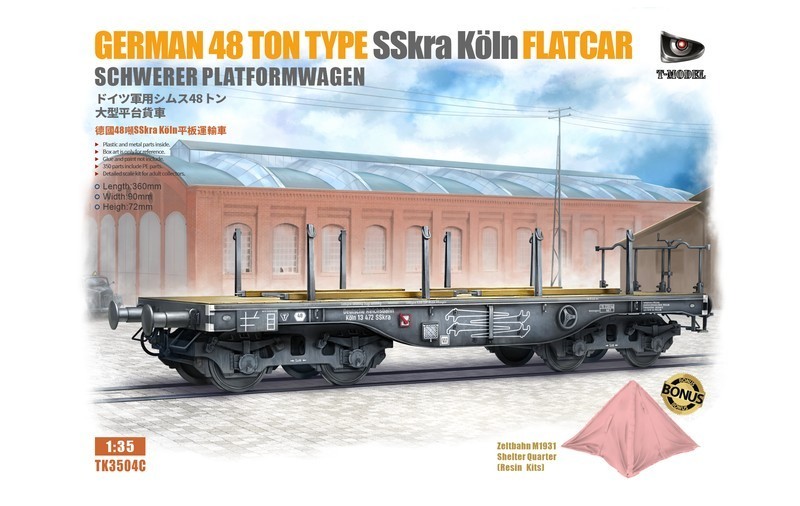 This is partial text from the full article (usually with photos) at https://armorama.com/news/t-model-sskra-german-flatcar-released
metalhead85 July 26, 2022, 4:07pm #2

Anyone know if this is a WW2 piece of rail equipment? Looks very nice.

It says in the rendering that the bearing covers are embossed with the makers name as per 1941-1945 period.

Thank you, didn’t see that. I know some of their flat cars were used into the 80s or 90s. Looking to do a diorama of an M60 being loaded onto one. I have a flat car from Sabre models but I think it has a heavier load capacity. I even have decals for it from peddinghaus if I remember the name correctly.

The Sabre Models flatcar is a later type SSys rated at 50-52 tons. It was used up through the '80s.

This one by T-Model is the earlier type SSkra which was rated at 48-50 ton. I believe it was also used up through the '80s.