I was looking for Takoms 2113 M60A1 from desert Storm and noticed the kit has disapeared from Sprue Brothers and Scale Hobbiests web sites. Not “out of Stock” or “Backordered”.( Theme music of the Twilight Zone inserted here)

Built one when it first came out. Haven’t seen one since. Kicking myself for not ordering 2. Good luck and let us know if you find one.

Looks like eBay has a few but they’re starting at $89 lol, I thought I saw one on mega hobby for $58, just checked BNA modelworld and no good. Definitely have to look around, good luck !

Hell yeah it is

Seem strange since it is a newer kit. 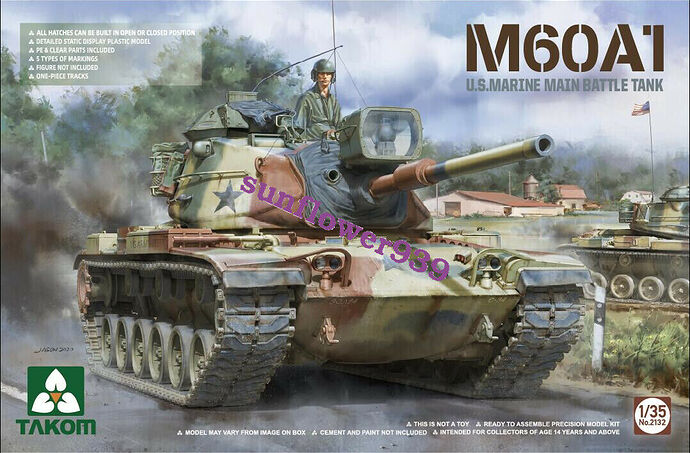 Topsmith is asking about Kit no.2113 M60A1 with ERA from Desert Storm which was released in 2018. 2132 was released last year so it’s expected that it should be readily available on Ebay and elsewhere.

Ah. I take it that is does not have the Desert Storm bits then?
Ken.

The newer M60A1 does not have the parts to make the the ERA version used in Desert Storm. The newer kit has decals for a vehicle in MASSTER and one or two in MERDC including an option for a REFORGER tank.

Ah. I take it that is does not have the Desert Storm bits then?

Sadly no. The new M60A1 is missing the sprues with the ERA bits. (Sprues J, K and L it looks like)

Damn! I’ve been looking for one of those too.
Ken

It is specifically kit 2113. And even though I don’t build post-WWII I took a look and it’s nowhere.

Now I want one. 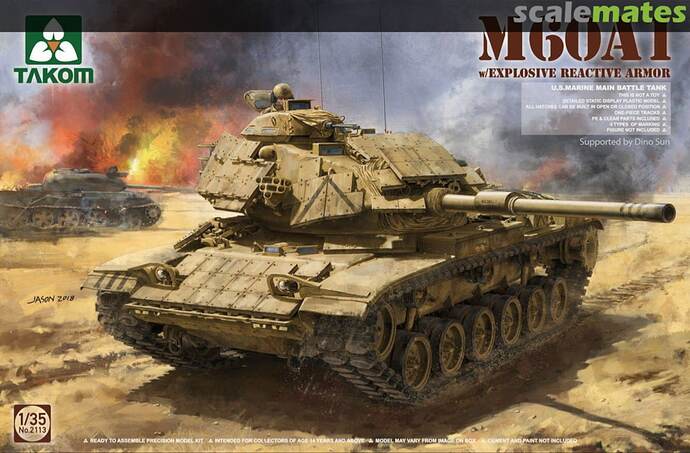 This is the kit. It is very nice. Fortunately I have one, along w/the M9 blade out of an AFV Club M728 CEV to make a USMC M60A1 w/ERA blade tank, like below. 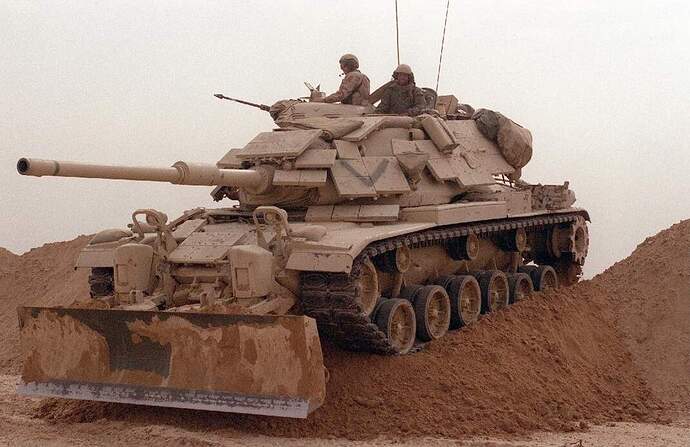 Fortunately I have one, along w/the M9 blade out of an AFV Club M728 CEV to make a USMC M60A1 w/ERA blade tank

Not the same set up as the blade used on gun tanks. Best for you to wait the couple of weeks or so for Takom’s M60A3 with M9 blade to come out and use it.

I looking forward to that kit, a buddy was with the 401st TFW when they had those tanks.

Not the same set up as the blade used on gun tanks.

I have all the other parts not normally associated w/the M728 CEV M9 blade (central distribution box, hydraulic pump/reservoir on left rear fender, hoses, etc.), so it will be complete.

That’s one of the marking options.

One suggestion… if the Takom kit is more detailed, you could pickup the M60A1 from Tamiya that has the ERA blocks, and kitbash them.