Pz II: The raised edge of the track link faces down on the sprocket (and up on the idler). The edge “leads” when travelling forwards.

Pz I: Same system as for Pz II 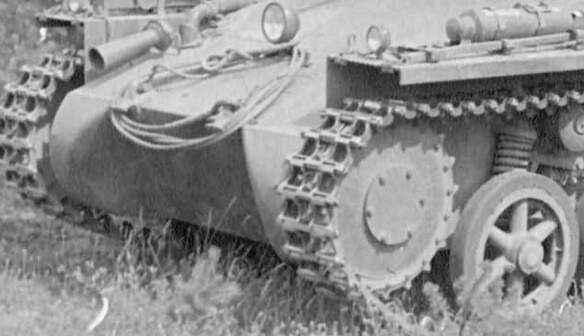 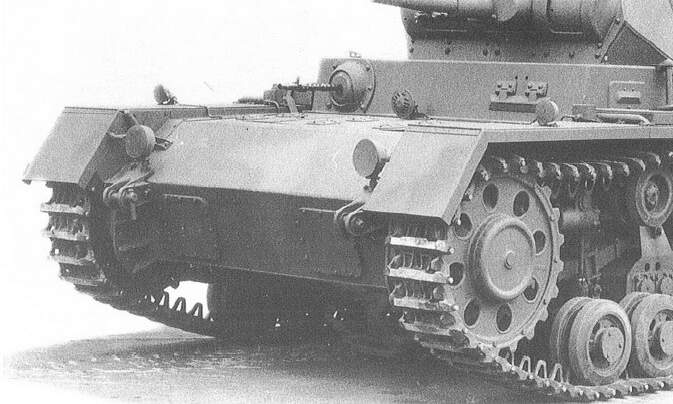 III D which happens to have 8 smallish road wheels instead of the normal 6 larger ones. 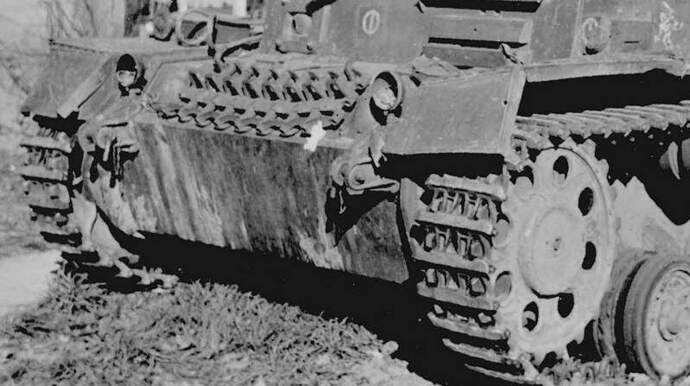 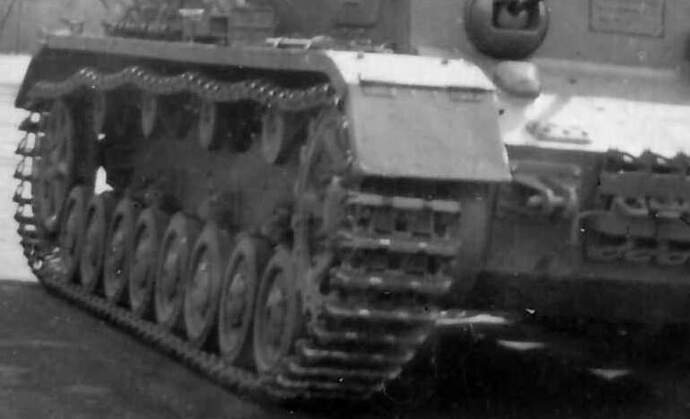 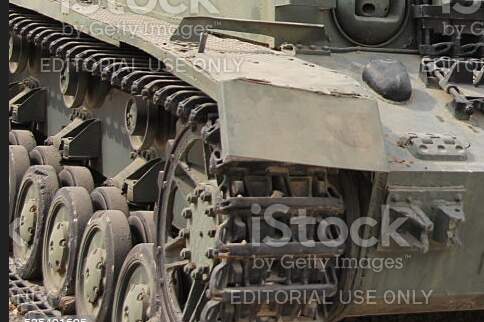 Rear end of some Panther, edge is leading … 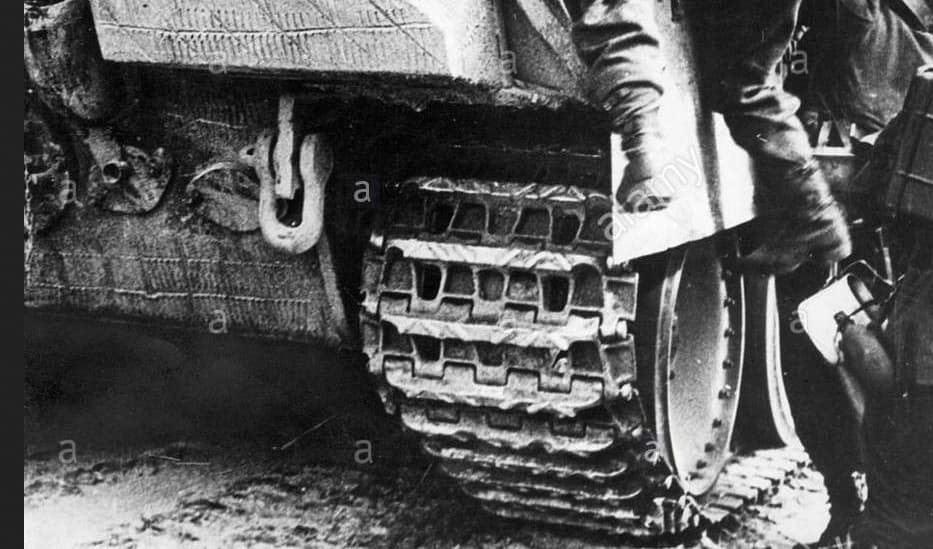 Looking at those pictures I think I mounted them right, I got the “teeth” facing inward and they make a groove which seems to be made just for the wheels to fit.

The Tamiya cover art also has them mounted like I did.

The questions isn’t about inside/outside, it is about forward/backward.
Look at the track on the sprocket when facing the tank (looking the driver straight in the face)
Do you see this pattern (correct and same as Tamiya box-art): 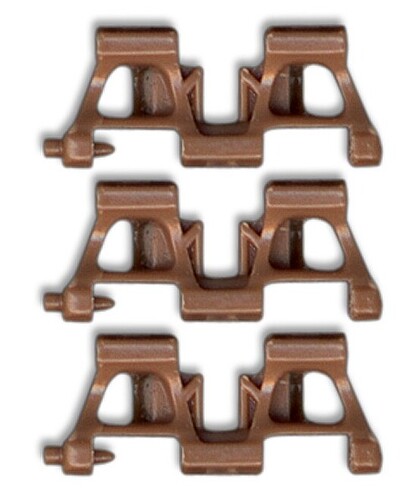 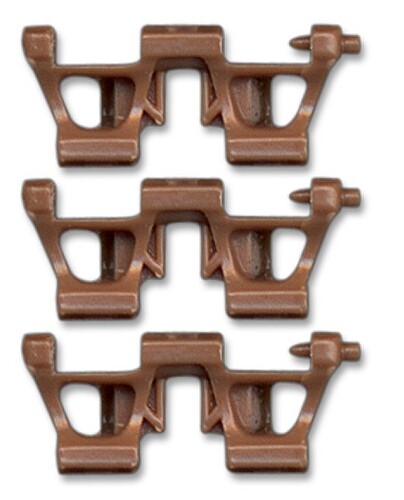 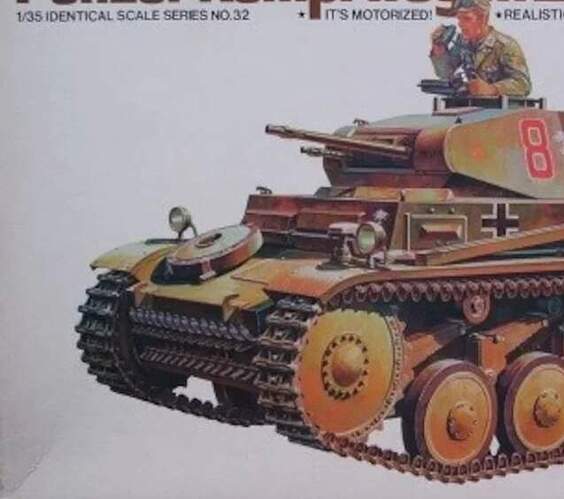 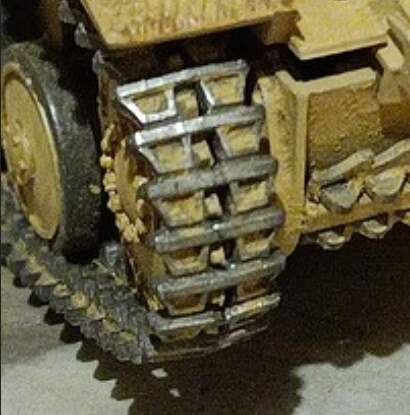 The track links look like truncated triangles. When seen from the front the
point (the removed part) of the truncated triangle should be pointing upwards.
Many modelers have put the tracks on backwards and possibly also a number
of German tankers …

Oh now I get it!
I didn’t even thought about this and I definitely mounted them wrong on both sides out of sheer bad luck.
Fortunately I can easily remove the wheels and fix this. I will try this next weekend along with the attempt at fixing the broken tooth with super-glue.

Another lesson learned, I guess.
Getting this cheap kit was a very good idea, and thanks for your feedback.

Yep, one nice thing about the one-piece tracks is that they are easy to get on and off. If those were link and length tracks, you would not be able to correct them.
Ken

Cancel Culture is nothing new, nor is it a “right vs left”" issue. This has been ongoing since at least the 1950s and began to my knowledge with the “red scare”. Teachers were not even allowed to teach about global issues without being accused or certain sympathies.

Of concern to me is that I own several kits released back in the late 1960s by a Soviet company that allowed manufacturers to print swastikas for German equipment of WWII, yet we in the NATO West could not. European manufacturers omitted this detail from their kits. Oh, well. Think about this next time we speak against Democrats and Republicans, Americans standing for their beliefs.

Coming late to the party here, but but I would like ti add several more photos of a finished Pz. II as built many, MANY years ago:

Looks like I also have the tracks installed incorrectly. - Back in the day I had NO idea I just followed the instructions! 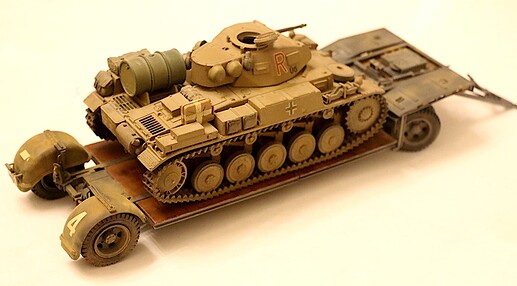 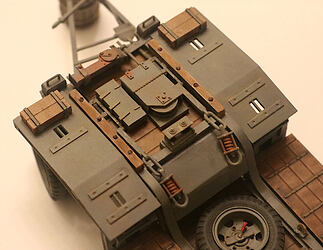 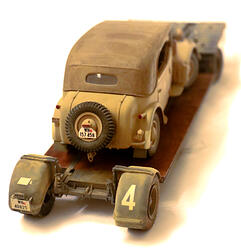 Very beautiful model, and I really like the trailer!

I bought a Loctite super-glue specifically made for rubber and other flexible materiel, hopefully it will help me fix the track.

I just need to re-attach one of the tiny teeth that somehow came off. It was probably damaged by heat, or maybe it was chopped by the stapler.

Got the glue and managed to fix the tracks.

This glue was excellent, I even managed to re-attach a tiny track tooth which was severed by the heat.
Considering how clumsy I am, it was very effective, it was specifically made to glue flexible materials like rubber and leather, here it is: 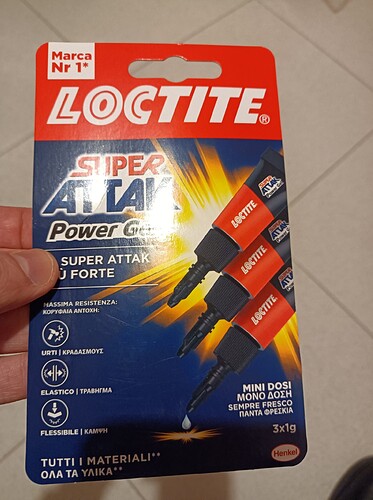 I also mounted the tracks correctly this time, hopefully.

I’ll post a final picture next Sunday as I want to show it under natural lights, during the week I wake up too early and it’s already dark when I get home.

Finished.
Please do not be too harsh

Actually I am really happy with the final result, it was an enjoyable and easy work, and for once the tracks fit perfectly unlike the Zvezda ones.

Thanks everybody for the help and the feedback, this community is really great.

Photos are terrible, as usual, I hope you can notice the sand on the hull. 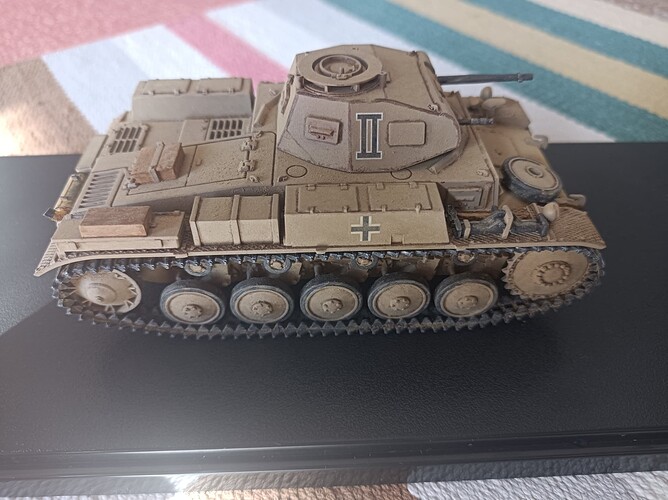 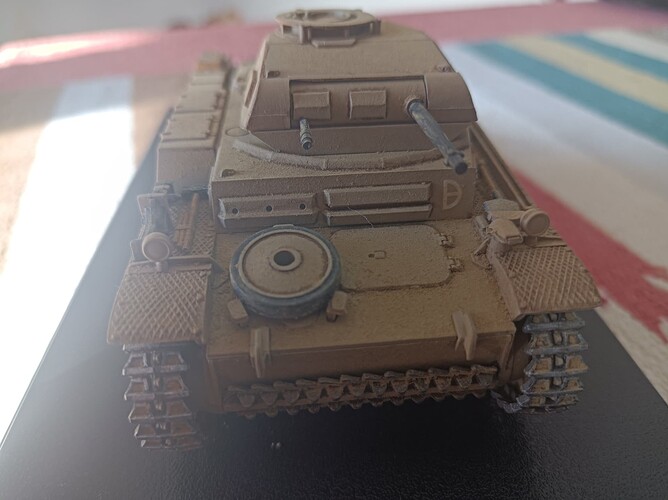 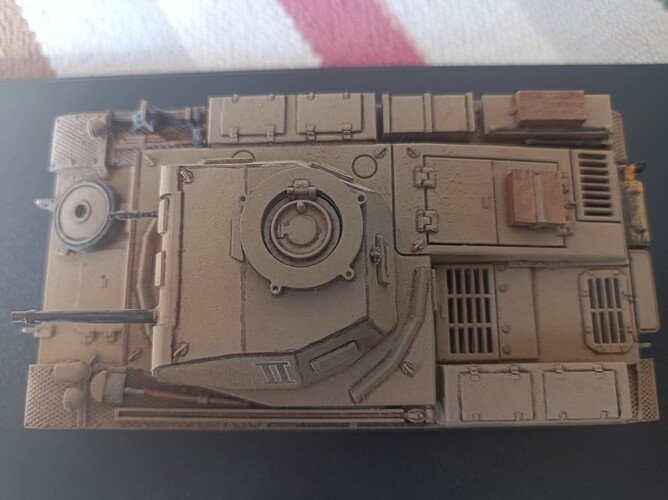 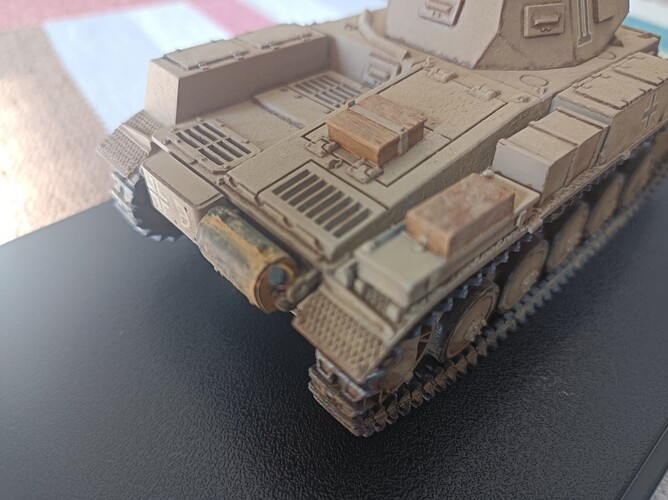 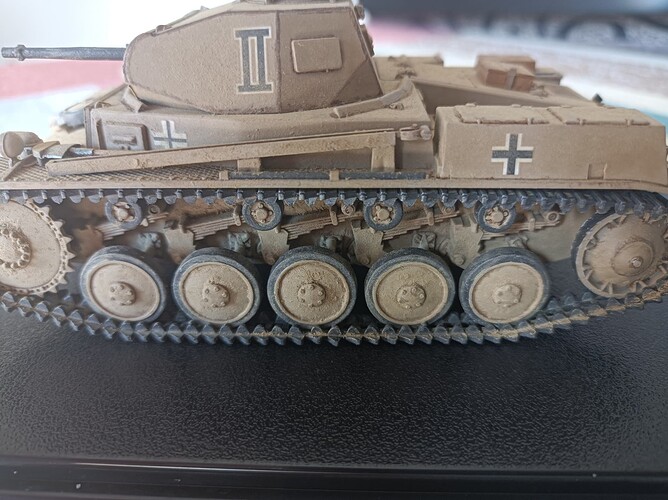 Bravo! For a kit over 50 years old, you sure got a lot out of her! A nice lightly used look for the finish.

Impressive! However, the treads don’t look like the ones in the kit, which have no interior detail. Did you add details or modify them in any way, or did you replace them? They look great!

Looks great, the rubber tracks are always a nightmare. I really like how brought out the panels are with the pin wash!

William, the tracks are the originals from the box.
Heating messed them up, so I was forced to use stapler first, then switched to thread to hold them in place.

All I did was:

-Prime with Tamiya surface primer
-Paint them with Tamiya Dark Iron
-Lightly drybrushed with polished steel
-Wetted the little grooves with an extremely small amount of Vallejo pigment binder and filled them with light sienna Vallejo pigment
-Gave a little dusting with the same pigment on the interior of the tracks.

By the way, I started another thread for the Tamiya Sd.Kfz.233, here it is:

Thank you for your response! I think that I will try your method.

Looks great! Nicely done weathering on the subtle side.