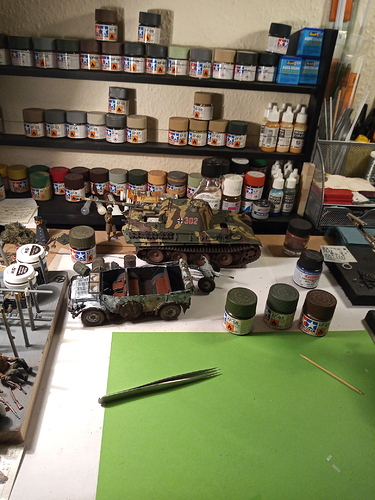 Amid the manic clutter on the work desk is the Horch and 3.7AT gun for the operation snow white campaign, and the Panther is for the build a photo campaign, soon to be finished.

Clutter is good! Finishing is better! Looks good so far.

Well the Horch is finished now, I admit I forgot to put here but it’s over in the Snow White forum on the other site.
So desk is far less cluttered now lol 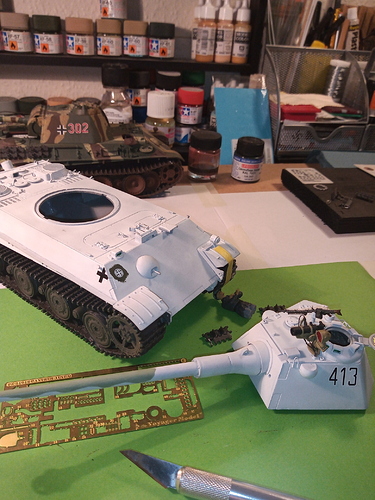 Well the Panther 2 is finished for the Sci fi and What if campaign so thought I would put a few of the images up here. 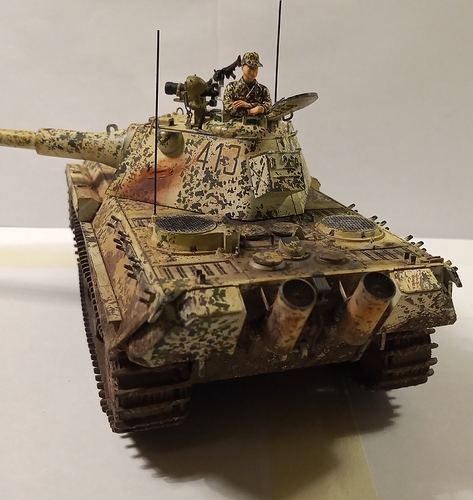 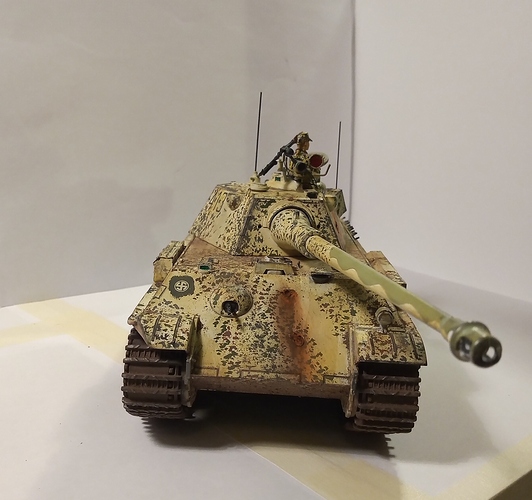 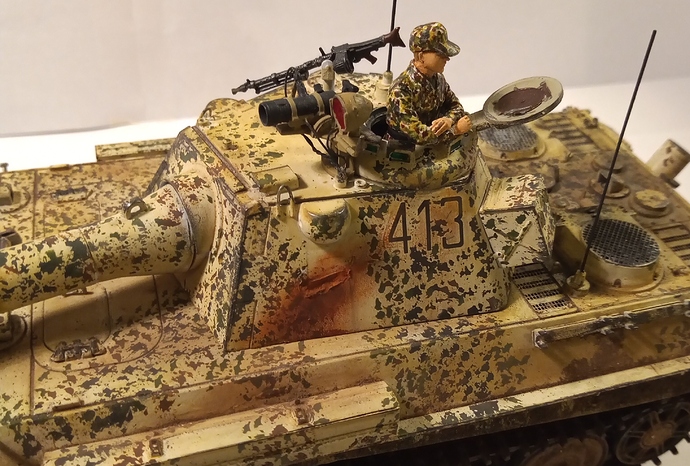 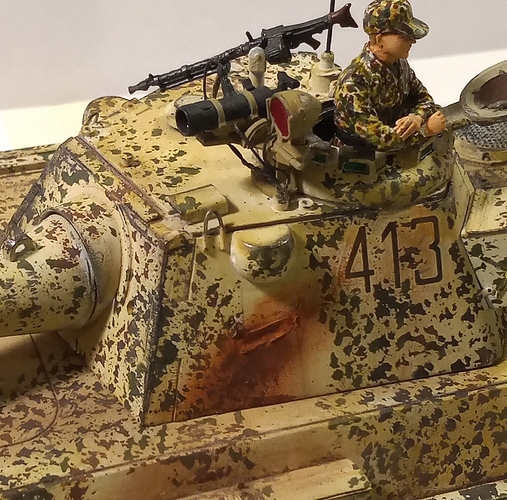 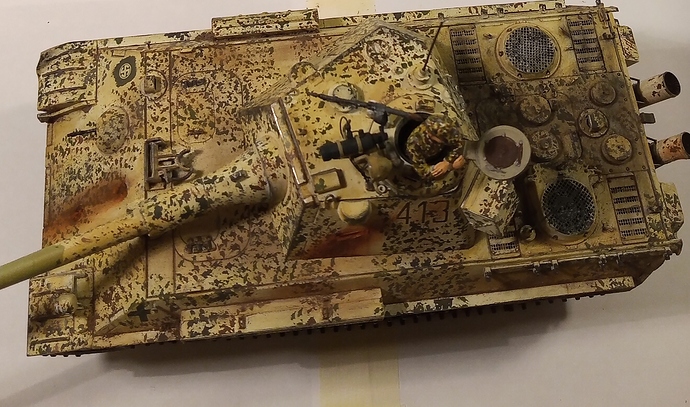 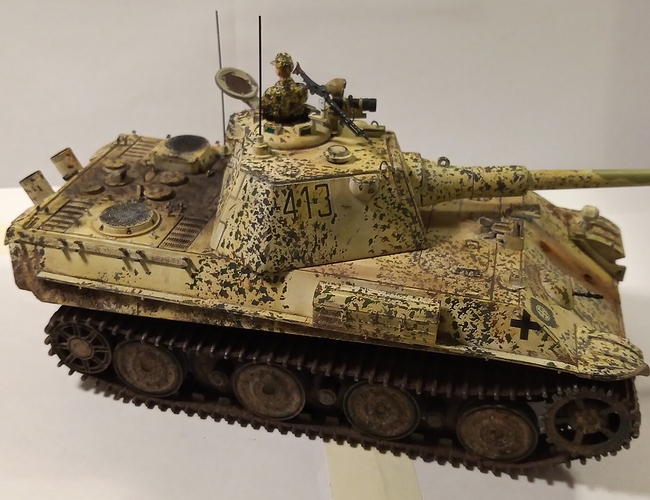 It was an old kit, but I enjoyed it towards the end.
I was going to do a block camo on a white background, but it all looked very bright so went off that plan.
Then decided to do an abstract 4 tone camo ( NATO black, neutral grey, flat green and NATO brown) over white. I then thought I would do an reverse white wash and applied a slightly thinned dark yellow wash, the idea being that would wash away towards end of autumn to show the proper white cam for a far north fighting environment.
I also went for a heavy weathering and some damage.
Bins are spare CVRT bins and a spare IR sight for the Commander.

Thanks , it was just all very random…seems to work over the base white though… I had forgotten all about this thread …