The below image is a dear friend of mine who recently passed away. He was a flight instructor with the RAAF. This image was take while he was stationed in North Battleford in Canada during WW2.

I need some help. I haven’t built an aircraft kits for centuries!!

I need some confirmation of the aircraft and the ‘best’ 1/48 scale kit to use.
I have all his log books etc. I believe I know the plane details but 80 years and the hand writting on the back of photos etc is hard to read.
I’m prepared to do some kit bashing and add extra details.
I don’t know if he flew this plane all the time or if he skipped from plane to plane. But this one will do. It’s the only known image of him flying this plane.
Any help would be greatly appreciated. I want a tribute model. 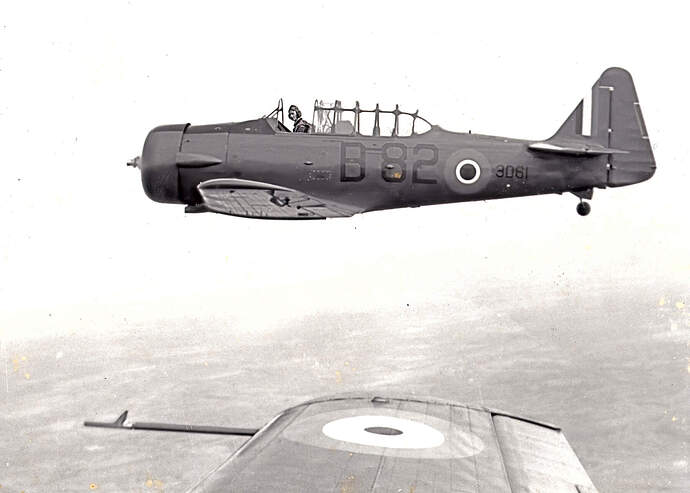 That’ll be a cool build!

All results related to harvard found on 80 scale modeling websites and the scalemates kit database.

Here’s your kit choices. Modelcraft and Occidental both do kits as well, but I’m no help with sources sadly.

I can tell a Harvard from a Mustang, but that’s about it. Thanks. I haven’t found a kit here in Australia apart from evilbay. Italeri seems the best choice. But hit a brick wall finding one.

As I said Bill was a flight instructor. Trained many of the Polish and South African guys. Lost a few of training flights in whiteout conditions. He hated the cold in Canada and said he would have rather faced the Japanese in the Pacific than another Canadian winter.

I don’t know what he is complaining about! It was only -40 here the other day!

Here is one in Australia on EBay. Probably your best bet, I can’t find a single one outside of EBay. It comes with Canadian markings, though masking might be the only way to get the correct letters for his bird. 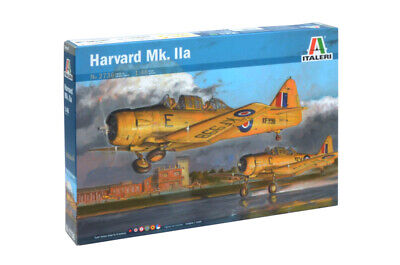 Thanks Mead93. Being a evilbay nerd I got my daughter to buy one. (Seems he had two in stock). It will go in my stash for a while. But research will be on going.

Australia had no Harvards. The RAAF version was the Wirraway.
So I’ve been searching for the serial number on the image above to get some more details. BLANK.
Who did the plane belong to?

I have Bill’s log book. No mention of the above serial number. A zillion others but no B82 3061.
So help me what am I looking at? I’m a plane nob so plenty of dumb questions.

If you can get a squadron number you can probably pull up squadron logs from the National Archives at Kew. It’s then a process of flipping through looking for names. I’ve done it for combat squadrons, not sure if it works the same way for BCATP units though.

So now you need to investigate No. 9 and No. 32 Service Flying training schools

No9. SFTS was at Summerside, Prince Edward Island.

No32 SFTS was at Moosejaw, Sask (Now CFB Moosejaw, home of the Snowbirds)

If he was also stationed at North Battleford, then Moosejaw makes more sense because it’s a hell of a flight in a Harvard from there to PEI

Thanks Canmedic. Great help. I know he was stationed at Battleford. His logs also show a number of other airfields that they would go to in training flights and night navigation. His logs are quite detailed in that regard. Bombing runs and photography runs were also quite common.

He told many stories. Particularly about the Polish pilots. He stayed on the ground when they were up there!!

The LINKs had me tricked for a while. A LINKs? Never heard of such a plane. Er no such thing. He spent many hours ‘flying’ the LINKs.

Heavens knows how you guys find this information. But it’s greatly appreciated.

So was it a RCAF or a Commonwealth plane?

So was it a RCAF or a Commonwealth plane?

Good question. BCATP was truly a joint endeavour between all the countries involved, as is evidenced by your friend being about as far from OZ as one can get (I don’t know if you’ve looked up North Battleford on a map yet, but it’s not exactly Melbourne).

Going by that website, I’m going to say the aircraft was probably technically property of the RCAF, but, given the scope and purpose of The Plan, it was certainly a bird of The Commonwealth in spirit.

I played around on the National Archives site for a while, but sadly it doesn’t look like much has been digitized in terms of squadron logs when it comes to BCATP records.

In terms of you physically building the thing, the holder of the pink slip doesn’t really matter. She’d still be painted in overall yellow with standard RAF markings.

Edit: Bruce, I’ve just learned that there’s a BCATP museum! Perhaps dropping them a line might help with your quest for information.

About the museum The Commonwealth Air Training Plan Museum (CATPM) was founded in the early 1980’s by a dedicated group of people in Brandon, Manitoba who felt it was important to preserve th…

Includes likes to the National Archives in Ottawa with station records for RCAFS North Battleford.

Bill always told the story about arriving at Battelford. Bunch of Australians arrived via ship then train. Arrived at about midnight. Minus something outside. The Canadians, having a sense of humour, decided to do a medical there and then. Imagine all the Australians lined up naked trying to cough!!!
Canadians thought it was a hoot. Not so the Australians.

Anyway I’ll look at the museum site and see what I can find out.
Again thanks. Much appreciated. Bill was one in a million. The type of guy you would want as your father.

Again thanks Canmedic. Lots of info on those sites. One link led me to a book/PDF called the “Aerodrome of Democracy”. A free Canadian publication. 250 pages of information. Should be some info in there. https://publications.gc.ca/collections/collection_2009/forces/D63-1-3E.pdf

Any idea of who makes a yellow that suits? Mig Ammo would be nice.

Mead93 the kit/s on this site weren’t available. The guy hadn’t updated his site. I ordered one, through my daughters account, and she received an email apologizing with a refund offer.

Darn… sorry to hear that. Hope you can find one!