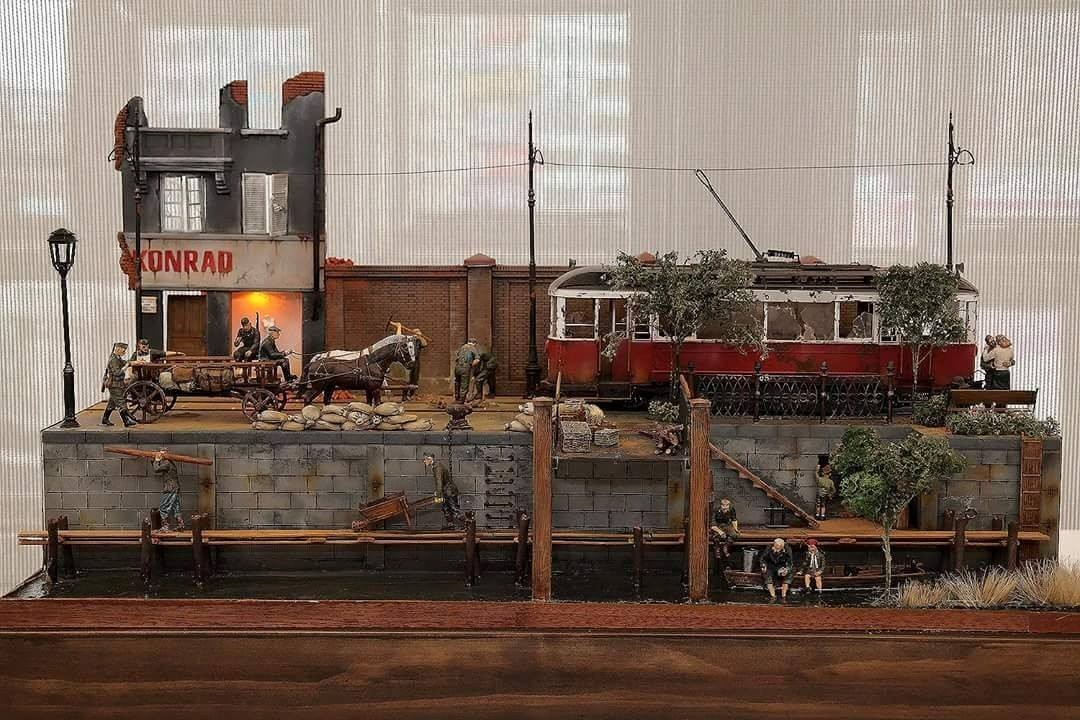 The scope of this diorama is spectacular and I do like the lay out. My only critiques or observations would be the following:
It looks too clean. Although some of the photos show debris and dusting, to my eye it looks to need more “every day” type dirt and build up.
The cart drive appears not to have any reins in his hands.
I think the weight of the two people sitting on the side of the small boat would a the very least tip the boat toward the side they were sitting on.
Again, these are just my observations and little things I probably would have done differently. All in all I really like this diorama for it’s ‘slice of life’ feel. Lots of interesting things going on to see.

@creading the guy on the cart does have a set of reigns in his hands, you can see them if you zoom in.
I do agree about the two people on the boat, I too think it should be leaning over due to their weight.

I was referencing the 7th picture with the closest shot of the driver. Looking closer I now see that the reins in the first couple pix. Also, I see in one picture that there are two people one the cart. Pictures must have been taken at different times.
Cheers,
C.