Translation English - German for a title

Hello,
I am about to name an upcoming project.
Is there anyone that can give me the correct translation for the English title in German?
And also check if my English title is correct in English…
Any suggestions are welcome. 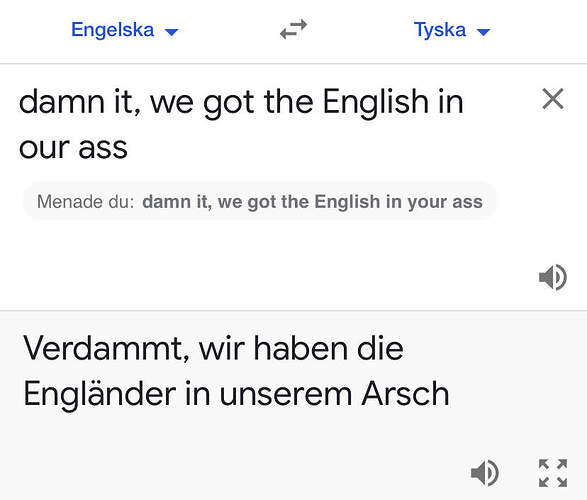 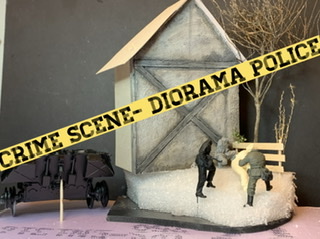 I am aware of that this is an illegal act:)
But this one is already in progress since over a year.

I am going to do a YouTube video of how I make old wood beams and stone facade etc. And because of that I need a building to work with…

The scenario is a German Kampfgruppe that just realize that they are surrounded by English troops.
I have not decided if it’s in France or Italy yet. (Late summer 1944)

From the beginning the Panther was not included, but I really want to paint and weathering a tank, or at least part of one…
It will be homemade zimmerit etc. I will add a panzer soldier that is near the tank. Don’t know yet how big the base will be. As small as possible, but big enough…
Cheers

Some pictures of the mockup. 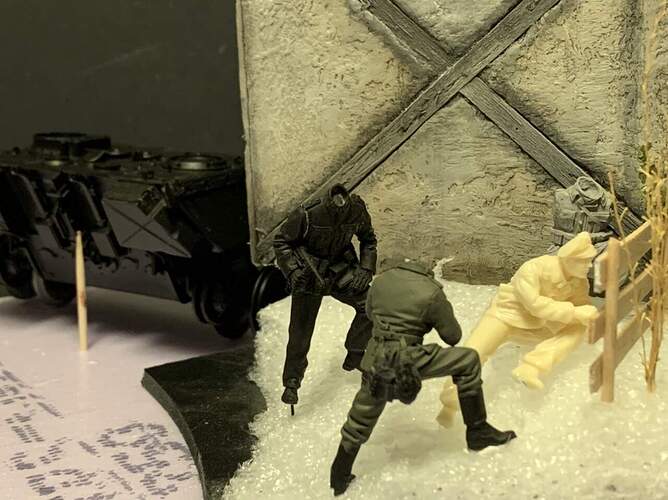 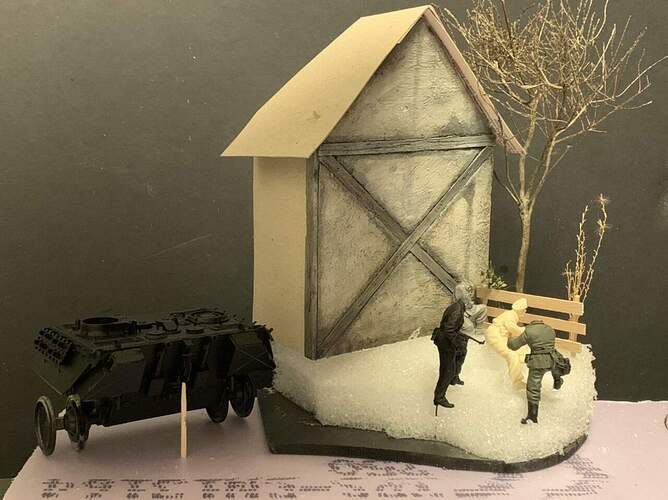 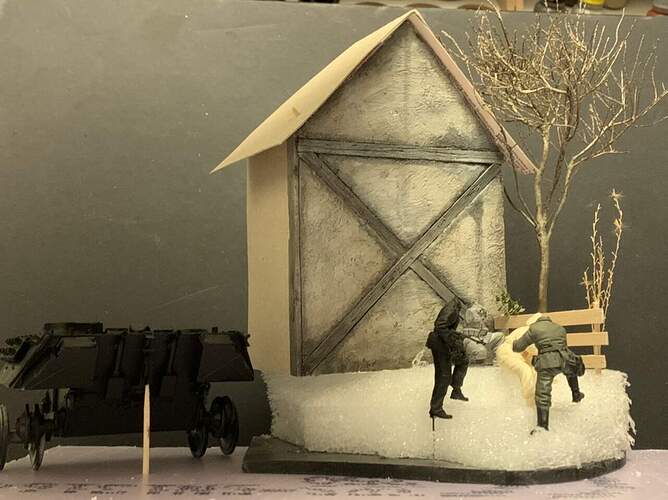 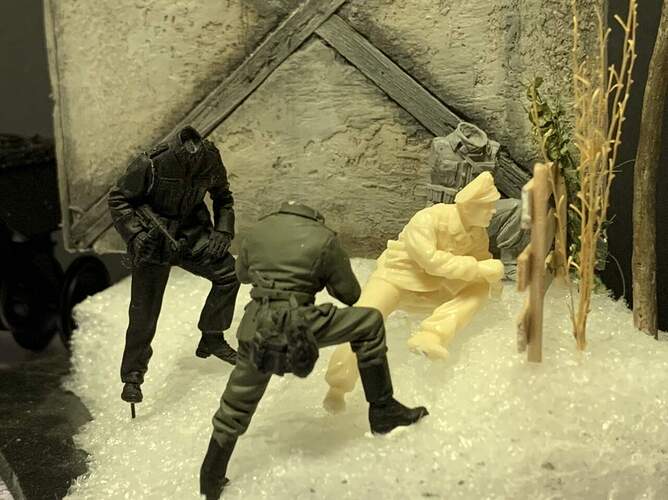 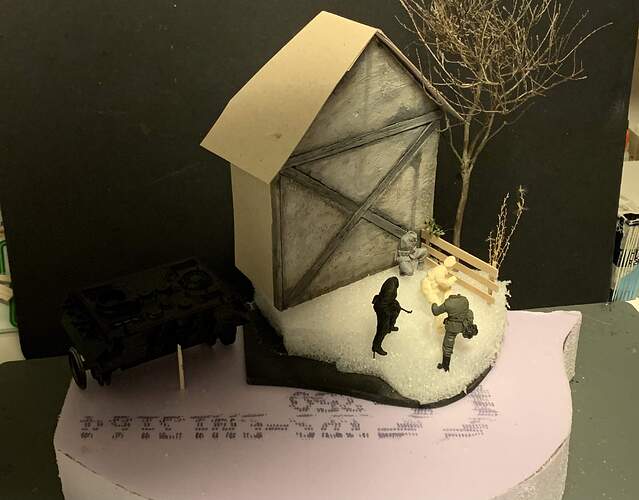 I would write: Verdammt, wir haben die Engländer im Arsch
The ‘im’ is a contraction of ‘in dem’.
The translation you have is grammatically correct, my suggestion is also more
idiomatically correct.
The difference in english would be between ‘in our ass’ vs ‘in the ass’ or ‘up the ass’

Edit: See below for the subtle differences between English and American

In American English they tend to say “ass”, in British English we would say “arse” - an ass in English to me is a donkey.

Yeah… it translates a wee bit differently to American ears. I was relieved to not see what the thread first post sounded like!
Although having someone “up your ass” is commonly used with no double entendre.

I’d also suggest the American idiom would be “on our ass.” However, since your diorama title states Engländer vice die Amerikaner, the British slang English translation is probably appropriate.

If it were “…die Amerikaner im Arsch,” then the Americans “on our ass” would be better.

Erik, I’m German but I don’t really get what you want to say with that. Do you mean, that the English are just a little behind the Germans? If so, I would rather say “Verdammt, wir haben die Engländer (or better: Tommies) am Hintern (or: Arsch)!”
In english it would mean “Damn, we got the Tommies at our back!” Is it that what you mean?

Thanks all! Sorry I was a vague.
The title will be in German.
But for those that don’t understand German I will have it in English as a subtitle. @BlackWidow
As in this picture:

We got Tommies up our ass = We have so many Tommies that they’re everywhere, even up our ass. And they are so bothersome! (This would be even better as “up the ass”.)

We got Tommies on our ass = We are being chased by Tommies who are right behind us!

We got Tommies in our ass = We literally have British soldiers crawling about inside our rectum. Never say this!

@Matty-man Thanks, that’s explaining things! I am thankful, my English vocabulary is crap so I will need some help sometimes.

@BlackWidow Torsten, you gave me the answer I was looking for, thanks:)

Thanks to all of you for the support:)

So, I think this is the title:

I will start a new thread for the diorama.
Cheers