DEF Model just released three new wheel sets in 1/35 scale. As far as I'm concerned, all three are a must have. 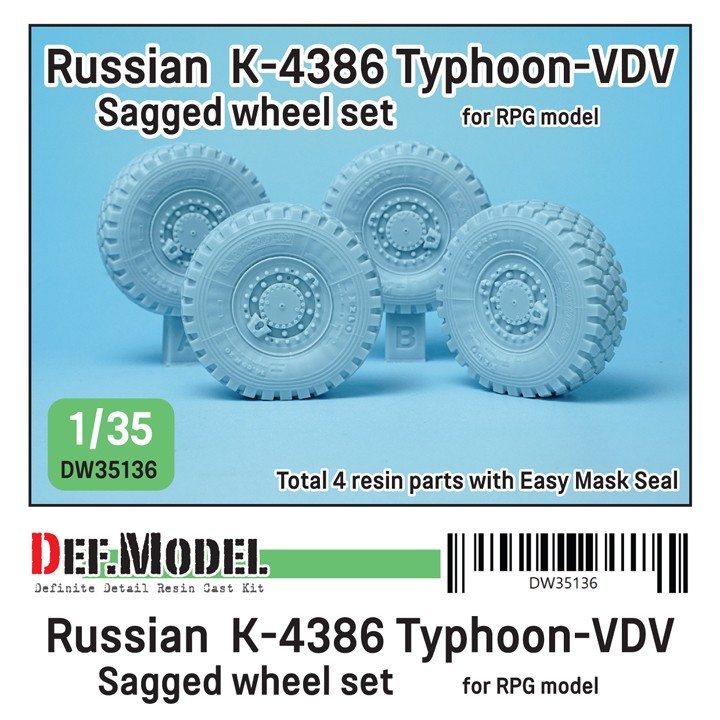 Looking at the M151 wheels/tires, there seems to be a more accurate depiction of the tire’s bulk in cross-section than previous efforts. When I look at the 1:1 scale M151A2 in my garage, it finally looks correct.
When the first DEF resin wheels for the AFV Club M54 5-ton truck were released, I was unable to make them work properly to fit the rear axles, and the “bulge” was over-done. I wrote a comment to DEF, and was surprised when the response came, saying there were errors with the design, and that the product would be halted pending changes. Those changes came later, and more accurately depicted the 1:1 scale tires.
I was quite impressed by this change in product, and it seems to be another product-improvement on these M151 wheels/tires as well. Good job!

I like the fact that someone finally included the upper A-arms in a set. I was sick of having to build them all the time. Now if someone can do the steering parts and plates to fill under the seat openings (again, so I don’t have to scratch them), we will have a complete M151 set.

Wait Gino, how about the steering wheel in both the Tamiya and Academy kits? There is a marked difference between the M151/M151A1 and the A2 steering wheels, and the kit ones are undersized and poorly proportioned. The earlier one has steel spokes and a thin rim, while the A2 has the one-piece plastic rim and spokes, with a dished contour. It would be a great item for someone at Shapeways. Jus’ sayin’…

True. I replaced the A1 steering wheel with a Willys MB wheel on mine. The A2 steering wheels look close enough for me in the kits. There are all sorts of other small items to fix as well, but I’ll settle for some of the bigger ones. At least Tamiya got the rear suspension right on their A1.

Would be nice if they could package just the suspension parts seperately, since I already have a couple of sets of their earlier wheels. Wayne