Another masterpiece from Jeff Shiu and a real treat for all the large scale WWII armor buffs. Check it out! 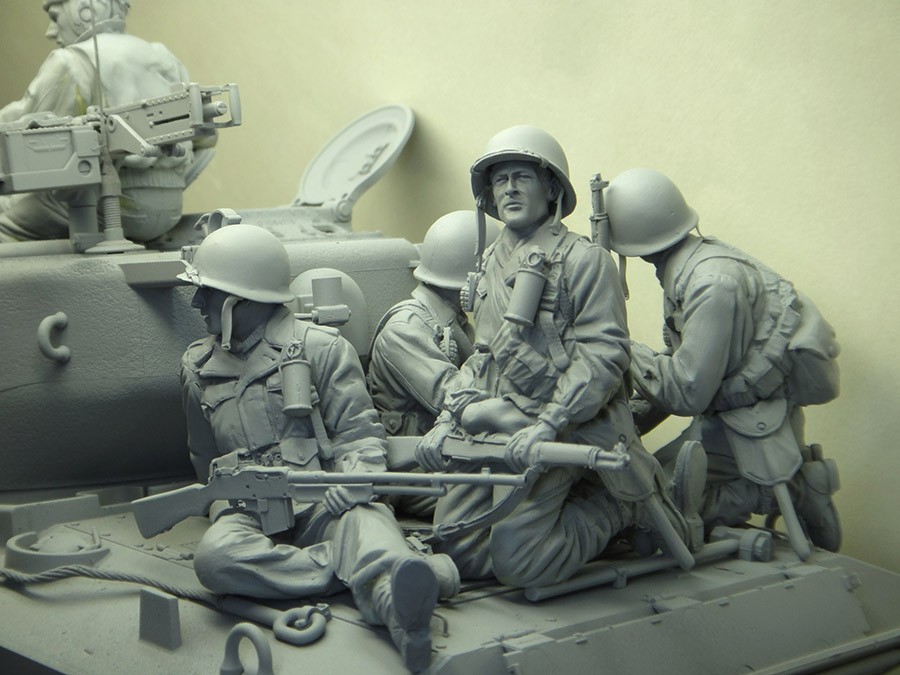 Is it just me or do the hands look bad?

No, it’s not just you. I didn’t notice it at first but looked again after your comment and yes, they look awful. Actually surprised they look so bad.

The hands are meh yes.
The Tanker looks very rough all over.
The guy holding the rifle across his thighs looks a bit stunted in the upper arms, may be just the pose though.
I’ve seen a lot of bad feedback over some of JSs latest works though. It would be a pity if his standards are slipping, maybe he has someone else sculpting for him? Who knows. But at this scale figures need to be sharp and detailed.

Yes the hands look like they are not fully formed in some cases. It’s s shame because some of the other areas of the figure are excellent. Maybe these are the first castings or something.

Why do these poses remind me of the old DML tank riders in 1/35 scale?

No one is saying it so I guess I have to be the one to point this out. The guy you mentioned with the rifle across his thighs seems to be pressing the rifle really hard under his junk causing a bulge in his pants, LOL. I hope these are an early sample or something and that they are still being refined and yes, the hands don’t look good. 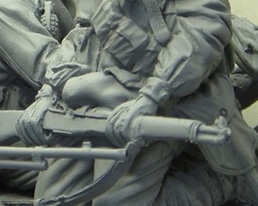 Wonder if theyre scaled up roughs still to be refined but the similarity is rather striking yes.

Dragon may have a case, unless there was some kind of pre-arrangement

I would say there was considering that each and every pose was basically identical. Except for “pelvic thrusting” guy who should be resting his weight back on his boot heels but instead seems to be having way too much fun with his rifle and his gun, LOL!