This is the old Eastern Express Gaz-66 w/ ZU-23 kit, modeled as a Soviet leftover, bringing supplies to the trenches.

Built OOB w/ some miscellaneous stowage added. The old Soviet unit symbol painted over on the doors and Ukrainian flag added. The figure is a mix of Dragon and ICM.
This is my 1st snow build. I used the old school baking soda sealed w/ acrylic spray can.
Glued the GaZ down w/ white DiY caulking, see how that holds up.

Just staying mindful of our Ukraine Brothers in Arms… 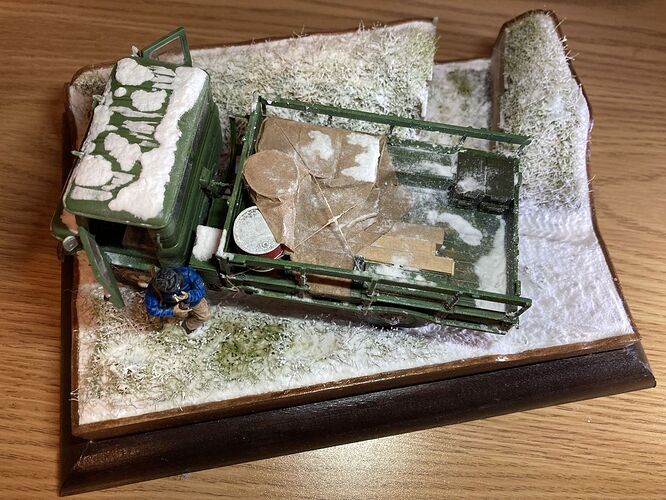 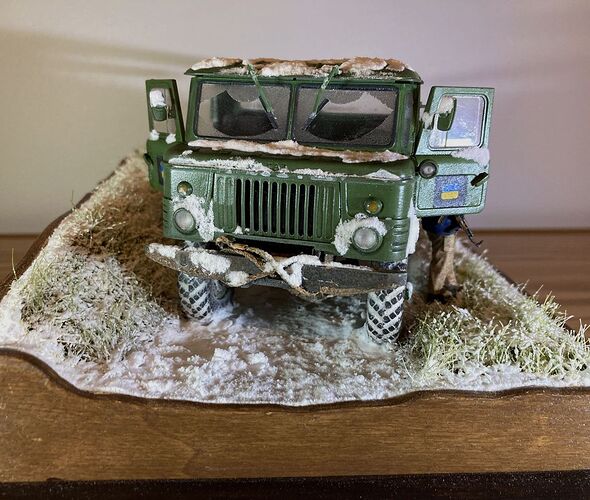 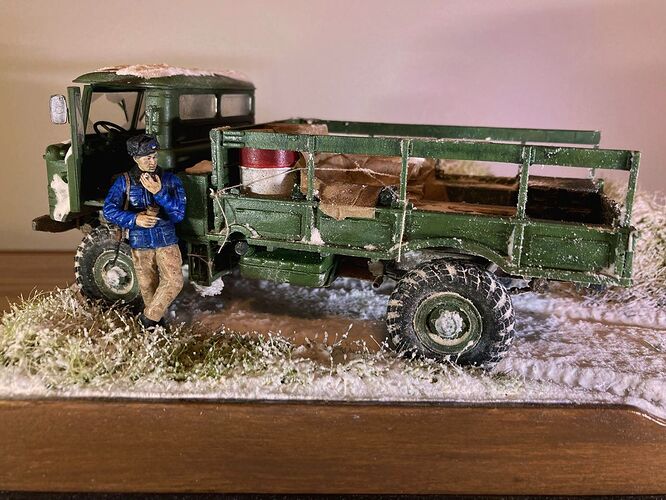 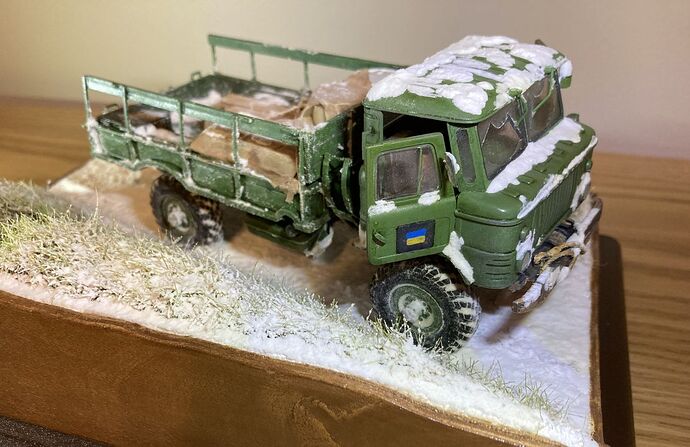 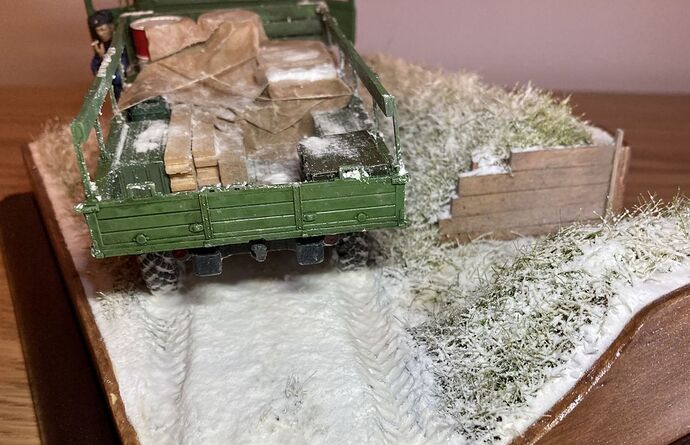 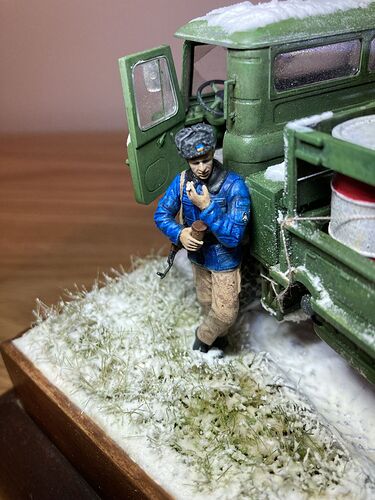 That’s a great little scene. I think your snow is very well done, I’ll give to give it a try next time I do something cold.

Nice job. I like it. And congratulations on having the stones to build that kit. I have several in the stash, including the command version. I wanted to build it because I’ve seen it in the recent conflict, even as aold as it is. The rear shelter box was made form vacuform parts. Now I’ve got nothing against vacuform, but the detail was horrible. I started a scratch-built box but then ran into a new problem. My eyesight is so bad I can’t clearly see the sprue attachment points on the front windshield’s A pillar - where they’re located on the sides is just an awful place to put them on a clear part. From what I can see you dealt with that area nicely. Maybe painting it will help me. I took the easy way out and decided to order the Zvezda Kamaz to have something to build until I have the patience to deal the GAZ again. Otherwise it’s really not a bad little kit.

Thanks guys, appreciate it.

Don: I always shy away from snow but it want that hard. Good mud much harder to do IMEO.
Plus your from Great White North, isn’t it required you do snow…
LOL

Robert: Most of my stash is from 2002 to 2010 so that what I build. Have sworn off new kits (almost) till I’m down to 10 or less. Yes it is a detailed kit for the time frame but the mold point are usually worst possible and the clear parts are very brittle. I used paint thickened w/ PVA as auto body filler…