Hi Scott,
Do you have any links to those videos you can share? Can you post some photos or screen shots of such showings of M4 carbine on Ukrainians? That would be helpful.

I have watched so many videos on YT, I wouldn’t know where to start, but have seen plenty on there.

I mean, they have been building them in country for 5yrs, so bound to be lots.

As many as they would have AKs? Not a chance, but they are there, so not un-plausible.

Have seen a few with some IAI made, as well as domestically made bullpup type rifles as well.

I don’t know, Scott, my Google search and Youtube search turned up nothing - didn’t show any clips or photos of M4s being carried by Ukrainians other than a few Special Forces and border patrols with some AR variant.

I have more than the two I posted.
But I hav 100’s of photo just of troops and 100’s more of troops on vehicles but I’ll look thru and add them.

Snip of just my desktop troops folder, not all the ones on my laptop yet…

So you watched all of the thousands of videos on YT on the Ukraine war? Not inconceivable that it is in a generic video that doesn’t have a title or description with M4 or AR in it.

Could simple be, Ukrainian forces take out a Russian tank, and one of the guys has a M4 variant in his hand or slung over his shoulder.

Just because you didn’t find anything in a “search” doesn’t mean that they aren’t there. They have been manufacturing M4s under license for 5yrs in Ukraine, stands to reason that there would be more than a few floating around.

Relax, Scott. I am not saying that I am discrediting your statement. Out of hundreds (probably not thousands if you have) of videos of the Russian invasion and Ukrainian soldiers in action, I personally have not seen any M4 carbines on them. If it is that common, someone can actually help “seeing is believing” part by posting some clips or photos here. That would make this MasterBox kit seem more plausible. So far, there is no photo or video evidence on here of M4 carbines on Ukrainian soldiers, other than mere words. That’s all I am saying.

Guess you missed the photos above.

And yes, there are thousands of videos on the subject on YT. When I see 20-30 new ones a day, and those are only on the handful of channels I subscribe to, there has to be a metric ton of them besides what I see. 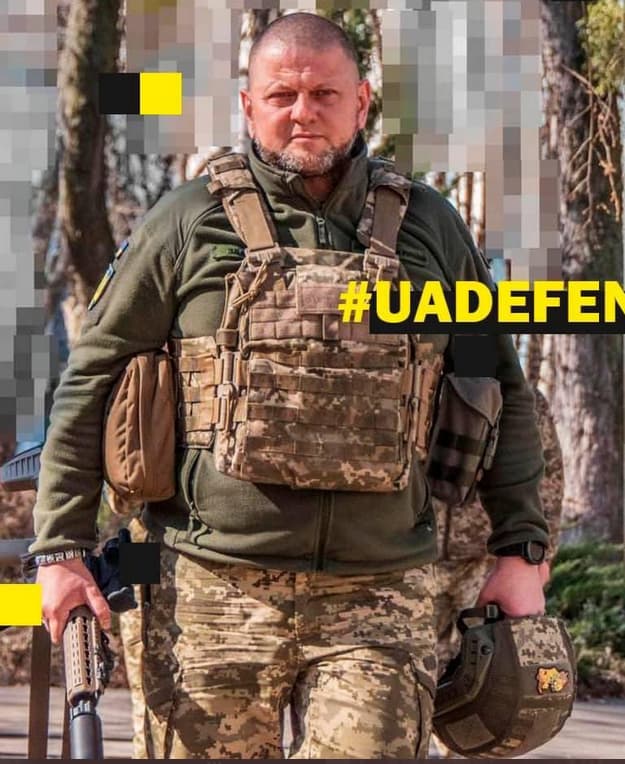 That might change with the new Western assistance package that will include guns and ammunition.

There is YouTube video of a Ukrainian soldier carrying a M240, but which nation supplied it is anyone’s guess. 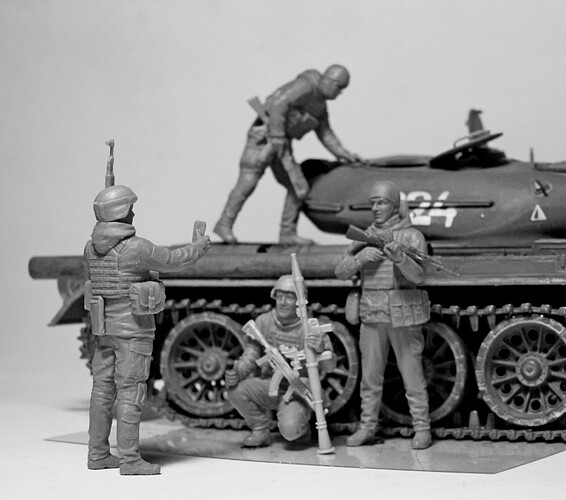 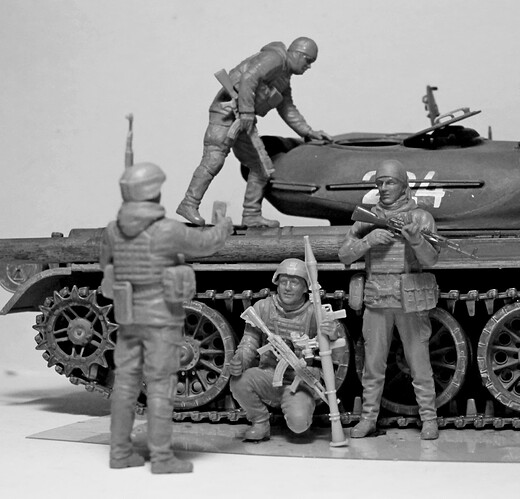 any idea when these figures will be released to the public to buy?

There is YouTube video of a Ukrainian soldier carrying a M240

AKA FN/MAG, in use with half of NATO long before the US adopted it.

I’ll be glad to get a few of those. Maybe consider arming one with a captured AK-12. Javelins and NLAWs make nice accessories too. 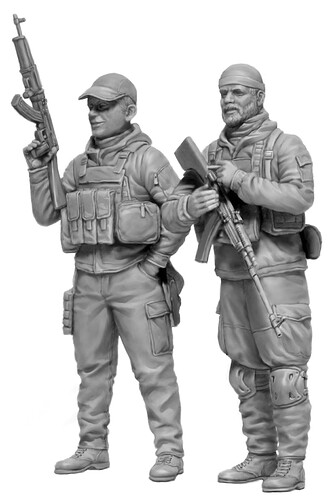 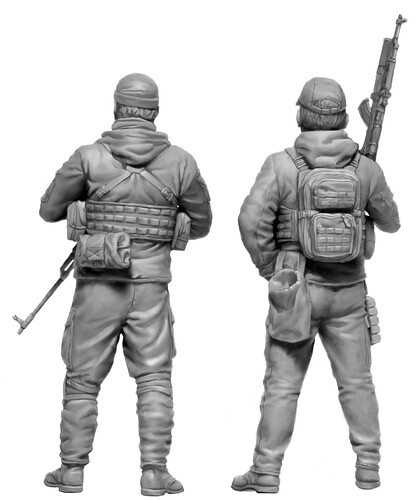