In Europe, the American M4 Sherman medium tank took a beating from nearly invulnerable German heavy tanks. Yet, the gun verses armor race between the Allies and Imperial Japan found the Sherman as the de facto heavy tank, especially against the diminutive lightweight Type 95 Ha-Go. This book recounts the armor mismatch between the M4 Sherman against the Type 95 Ha-Go. 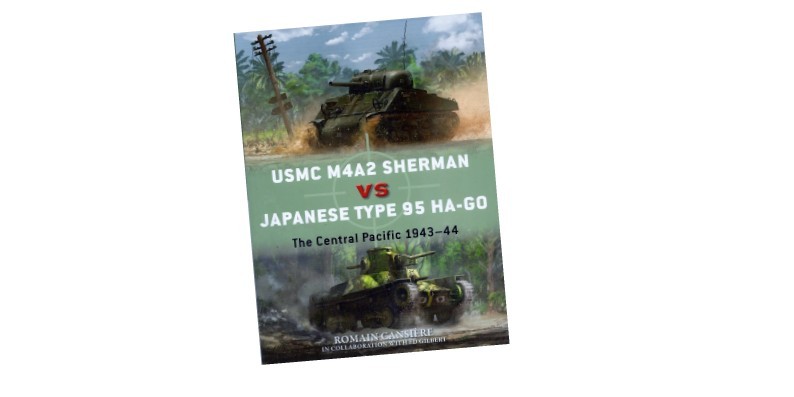 Nothing says mismatch more than this photo… 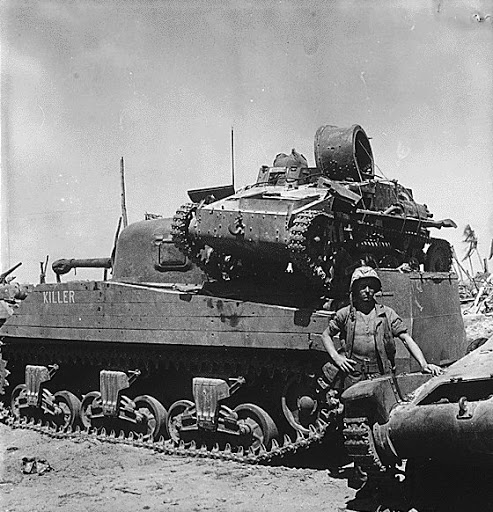 I just had this nice email from one of the authors clarifying the use of the term Sherman and wanted to share it as I don’t think he will mind publicly clarifying it as well. Thanks Romain for writing us!

I was very pleased to read the review you made of the latest book I co-authored with Ed Gilbert. It is always nice to have readers’ feedback, either they are positive or not. It continually helps to improve.

I noticed the confusion that arose with the term “Sherman”.

As noted at the bottom of page 18, the name “Sherman” was not part of the US combat troops vocabulary of the time. The name was however commonly employed by civilians, and particularly the war correspondents (US and others) who used the name “General Sherman Tank” to a wide extent.

Even if deployed on the other side of the globe, newpapers, magazines and other “civilian litterature” did reach the troops in the field.

Thus, the name was known, but not used.

As a matter of fact, Robert M. Neiman, who commanded C Company 4th Tank Battalion during the war, wrote in his memoirs that: “We did not call these tanks “Shermans” until after the war ended, and then usually only when speaking to civilians so as to make it clear what we had been using. During the war we simply called them “mediums” or “GMs” or “Fords” or “Chryslers” in order to distinguish the engine type.”

The quotes you will find in the Osprey book that use the name “Sherman” come from the Marine Corps Chevron, a WW2 era newspaper in the case of Burkhalter. The Marine’s saying might have been adapted to render it more understandable to the civilian public. Walt’s comments are from the History of the US Marine Corps, Volume IV, p123. Footnote 34 indicates the Lieutenant Colonel’s comments were made in a letter dated 25 March 1950.

I hope these elements help clarify the presence of the name “Sherman” in several quotes of the book.

Again, thank you for your positive review, it is encouraging.

Jim, thank you for sharing this letter from Mr. Cansiere!

Mr. Cansiere, thank you for clarifying the use of “Sherman.” Your explanation and sources cited are excellent and provide me - and no doubt many others - with a superior understanding of not only this book, but other books, past and future, as well. Calling them “mediums” or “GMs” or “Fords” or “Chryslers” - fascinating. I am so thankful that you shared this with us. And thank YOU for authoring this extraordinary book. Sincerely, Fred