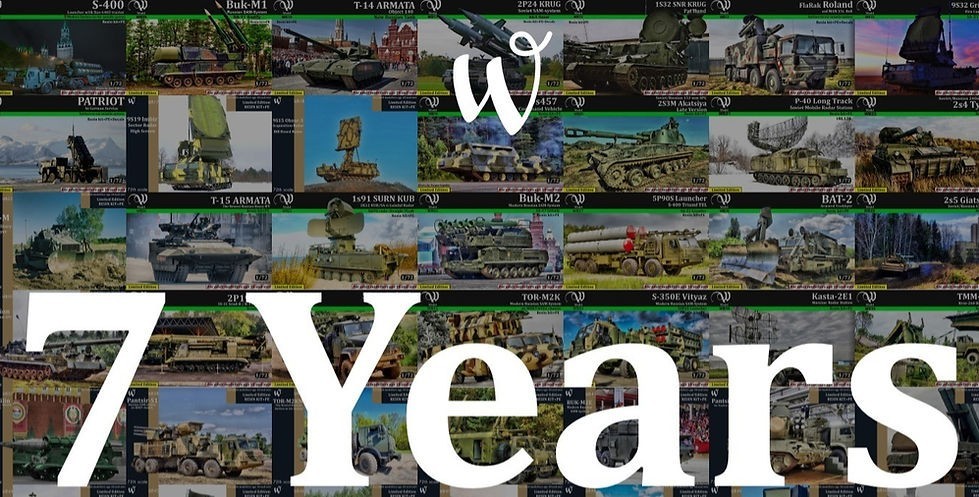 This is partial text from the full article (usually with photos) at https://armorama.com/news/w-model-statement
2 Likes
vettejack February 27, 2022, 9:44pm #2

Realize once you went public with such a statement you now might be a political target, or worse. I support your stance otherwise! I am 100% supportive of Ukraine…I have friends who lived there who worked on ISS processes with me.

Thank you for this. People don’t realize that, for the most part, we can’t control what our “leaders” decide to do. I pray for all involved in this struggle. Both for the Ukrainians and Russian soldiers forced to fight. I hope this is over soon.

Very sad state of affairs, and not the first account I’ve read of abuse of members of the modelling community over the last few days.

People don’t realize that, for the most part, we can’t control what our “leaders” decide to do. I pray for all involved in this struggle.

Yep, for the 99% of the modeling companies on both sides are just trying make a wage and have no control over what leadership does. Here in the US, we don’t have real control over what DC does or doesn’t do. Blaming or attacking a model company because of their geographical location seems silly to me.

I was not expecting a political statement here, but since its here, lets make one thing clear. Every item sold from Russia is taxed and its keeping russian tanks running. Our strongest weapon against Russia is our economy and in globalised world every western citizen is a soldier fighting with the wallet. I understand that a lot of russian companies will suffer, even people who dont want this war. But they are enabling it. I hope the author of this toppic will not take it personally. After all its not personal, its just a war.

The impact of that on the guy who runs W Model may be great, perhaps it will put him out of business. The impact on the Russian war machine will be immeasurably small.

However, buy or don’t buy from whoever you want. What really disappoints me is people going out of their way to send abusive messages to people like him, and various others (some of whom are not even Russian…).

War is team effort, no matter how much some vendors are trying to spin it all on the bad politician to save their sales. Some people will loose their sales, some have lost their lives today. Every cent crossing to russia is, well, just that - money going to russia. And no, i dont respect that, i lost all respekt and decency and measure the moment when some guy started to threaten to kill me and my family with nuclear weapons. For me that it, the glowes are coming off now, its them or us.

It pains me to say and do such thing. There are nice and open mind Russians out there, they are just normal people working day by day. I have some order from Russia a week before the war start, got delayed because of war zones, and currently a little hesitate to cancel because of the Rubles losing its value, which means refund is more expensive on them.

Nevertheless, I can’t bring myself to support such country in this state any further. And, this is a big personal hot take, unless the Russian people come up with some kind of rebellion against the Oligarch, their actual enemy, I don’t think that I can help them.

You have stopped buying Chinese manufactured goods on the same basis then?