"What if" Merkava SPAAG

I realize most of y’all aren’t into “what ifs” but I have too much fun using up leftover parts and partial kits to pass up on an idea, so here’s my latest. I scored a Trumpeter Type 87 at a raffle, and while I wasn’t really interested in building it, I thought the turret was kind of neat looking, very sci-fi. Then I got to thinking about all of the Takom kits using the Marksman turret, and thought “why not on a Merkava hull;?” I still have a couple of the old Tamiya Mark 1 Merks laying around, so I was off to the races. First order of business, make the turret races work. Easy enough, I took the lower half of a Merk turret, inverted it and fixed it into the upper hull from the underside, then cut the hole for the Type 87 turret. 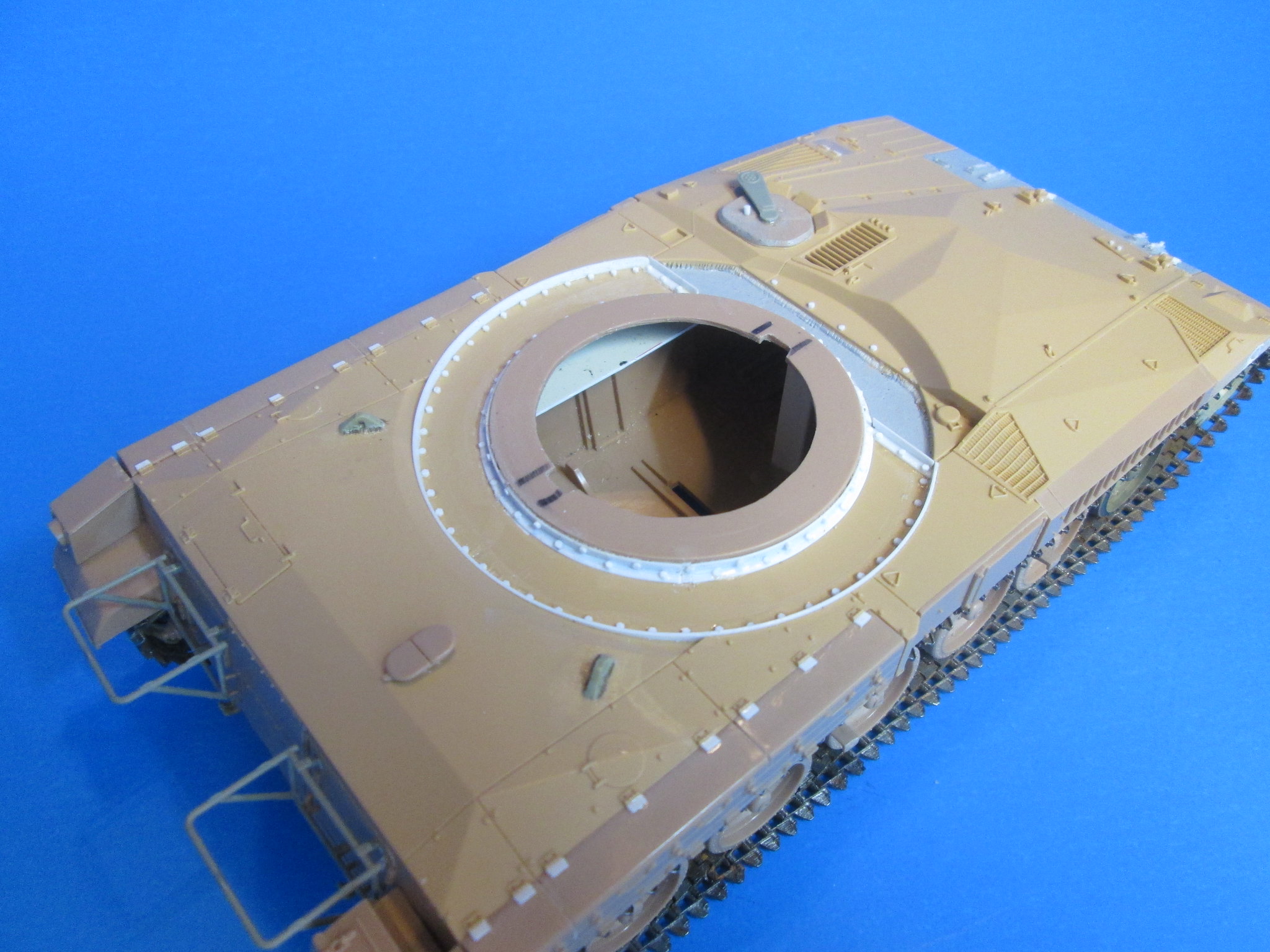 IMG_2568 by Russel Baer, on Flickr
A few imagineered details and I had a plausible “adapter” in place. Then it was just finish the hull, leaving off a few things and adding a few more, and building the turret.
Initial test fit was good. 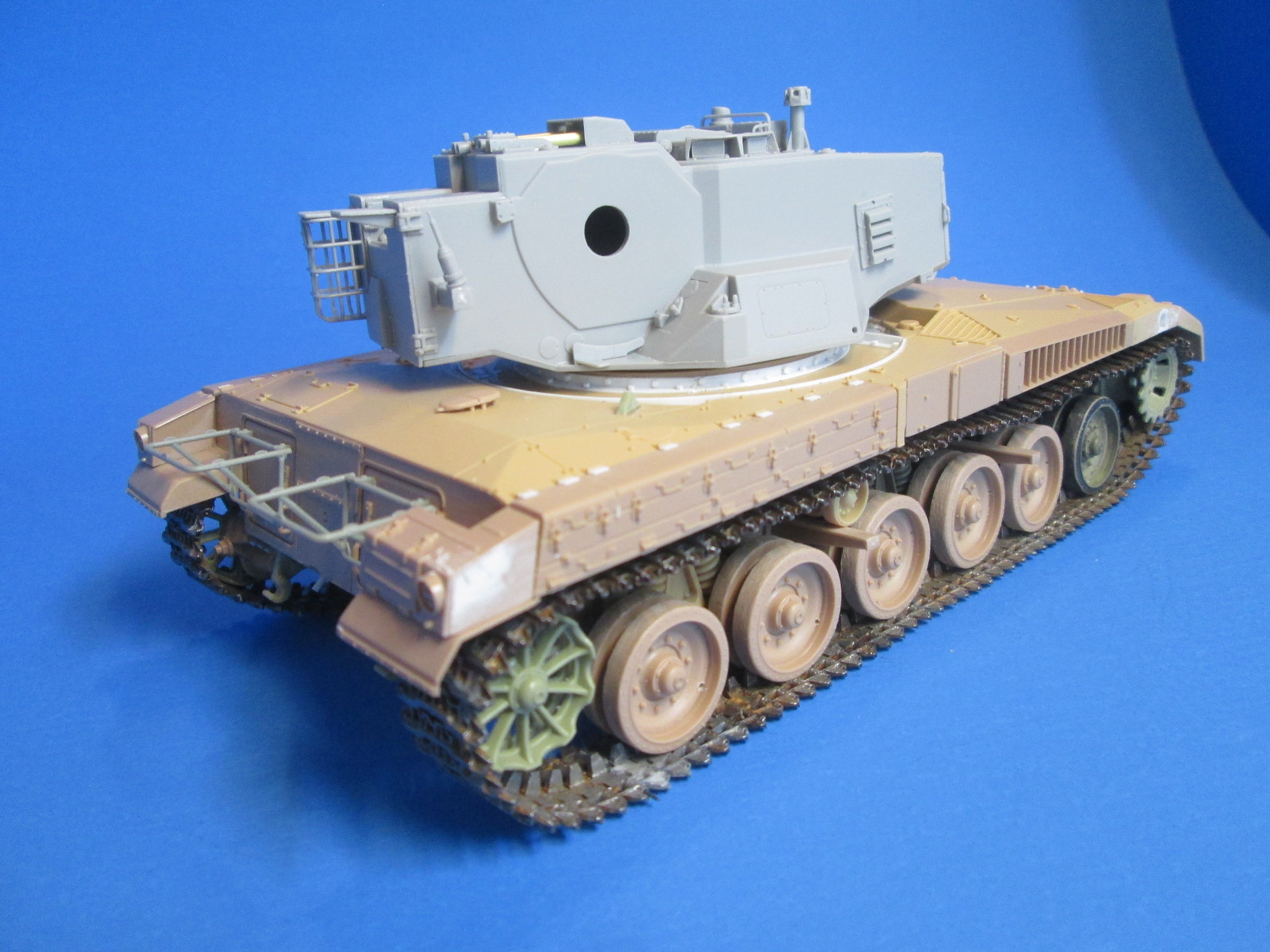 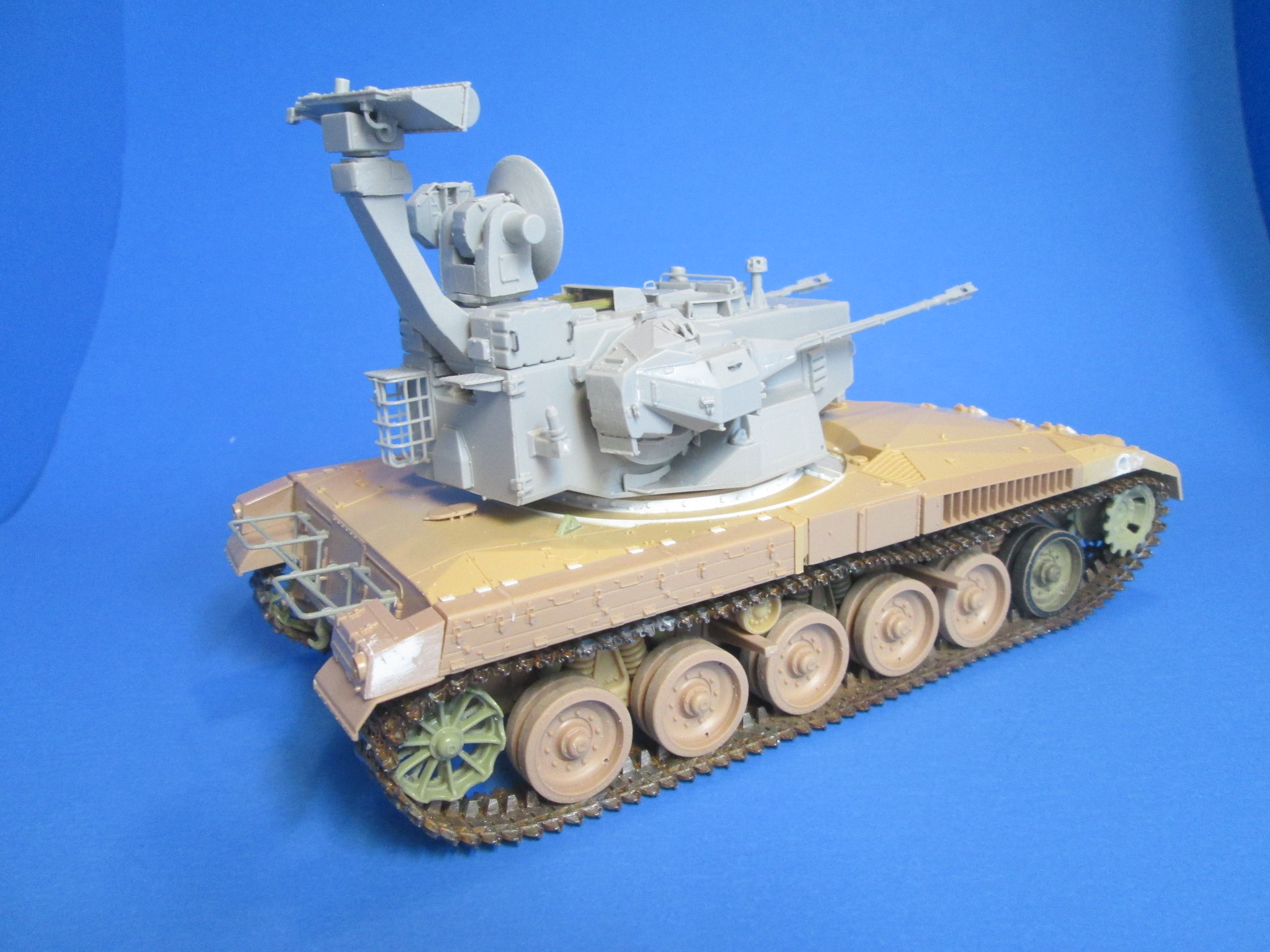 IMG_2575 by Russel Baer, on Flickr
I almost forgot to add anti-slip! 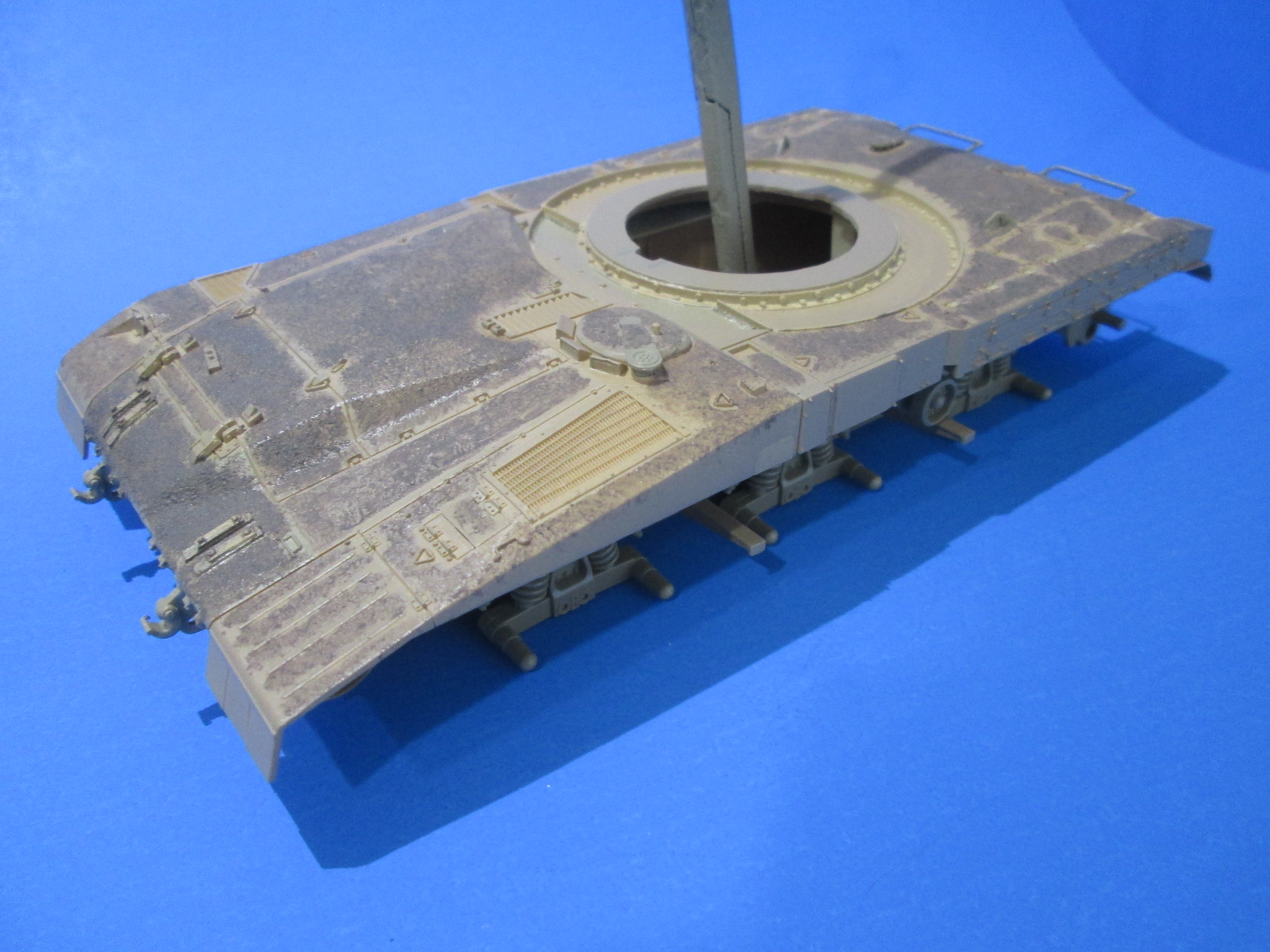 IMG_2618 by Russel Baer, on Flickr
In paint and washed, starting to look like something that really could have been… 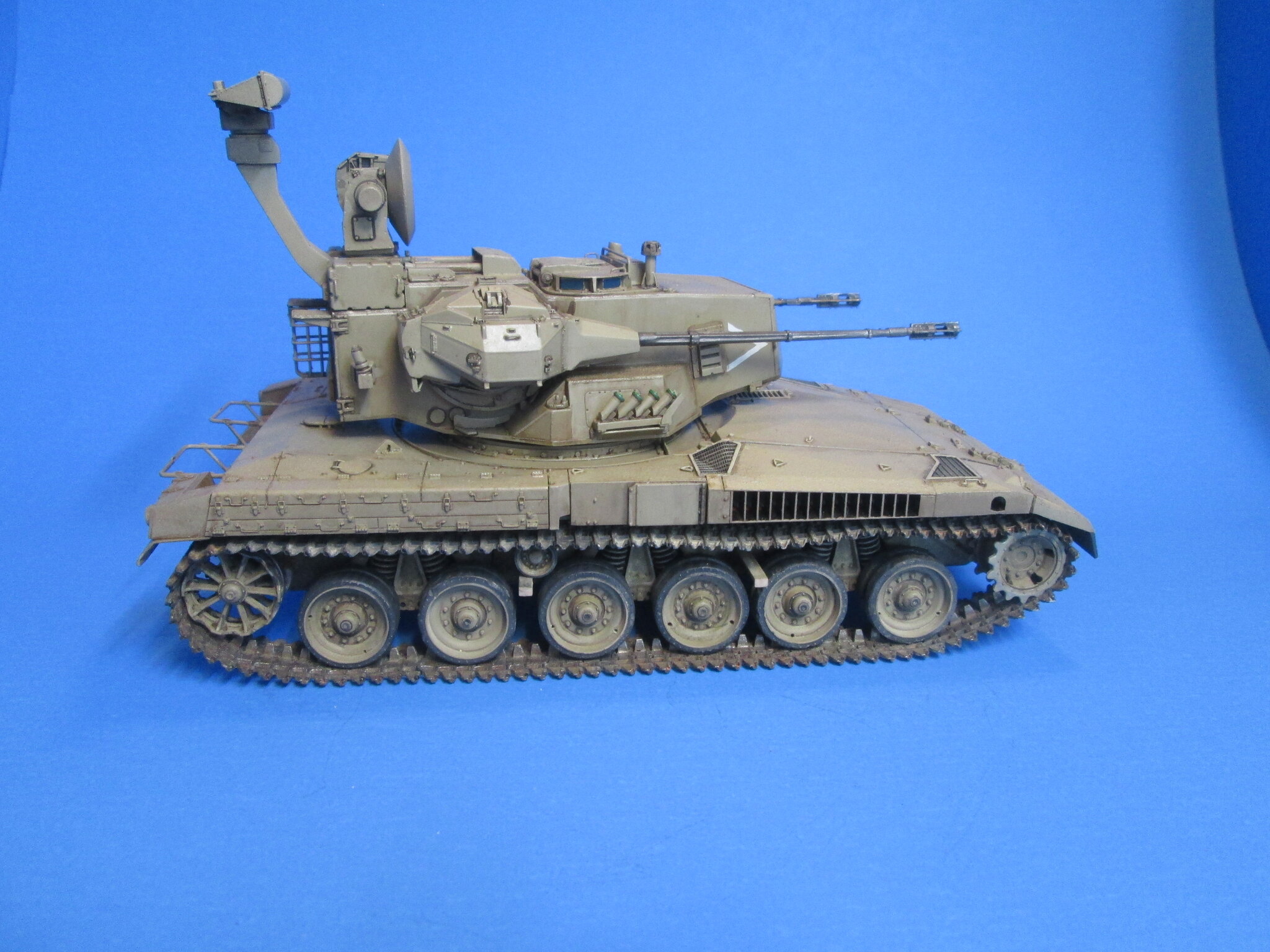 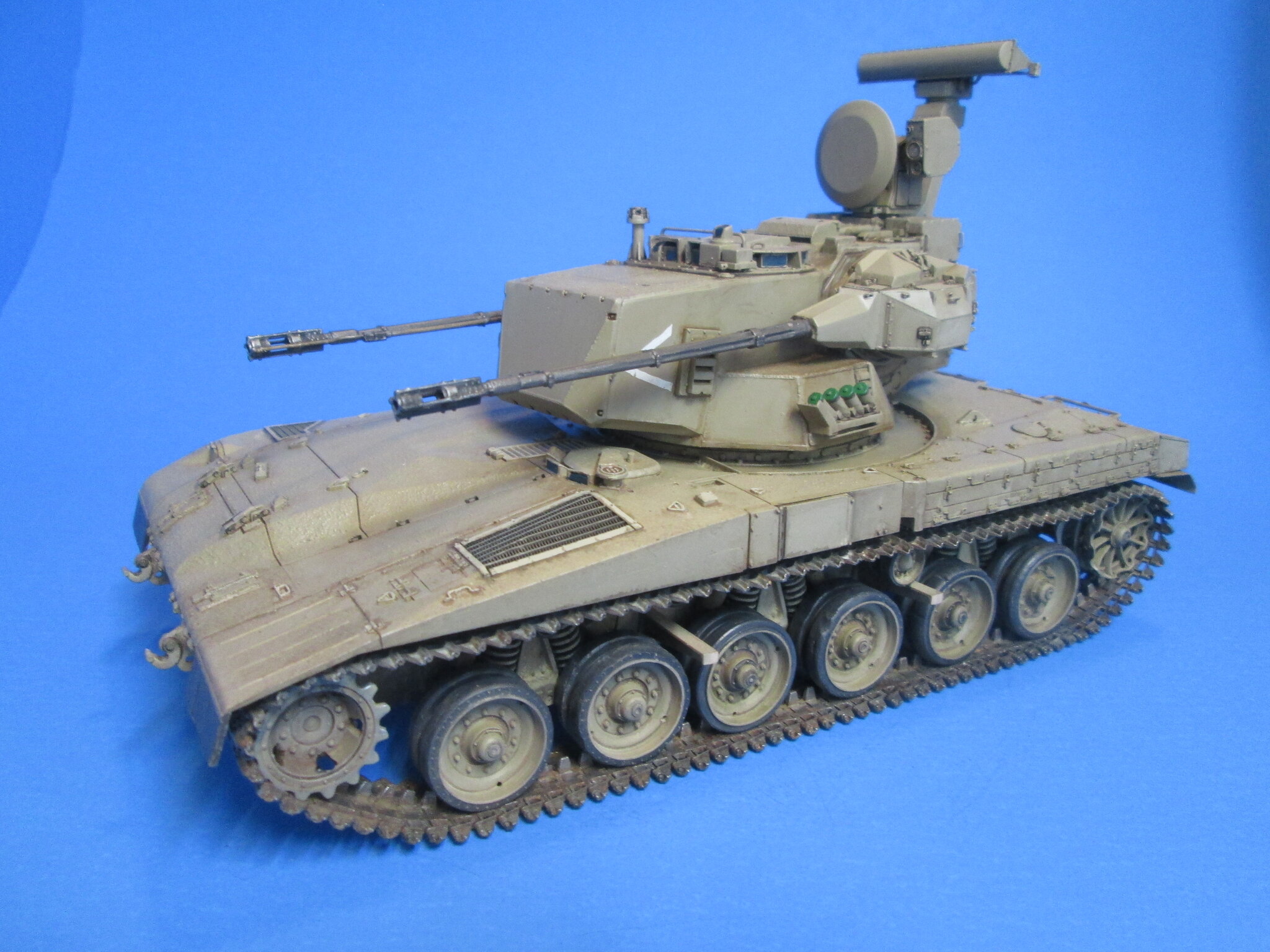 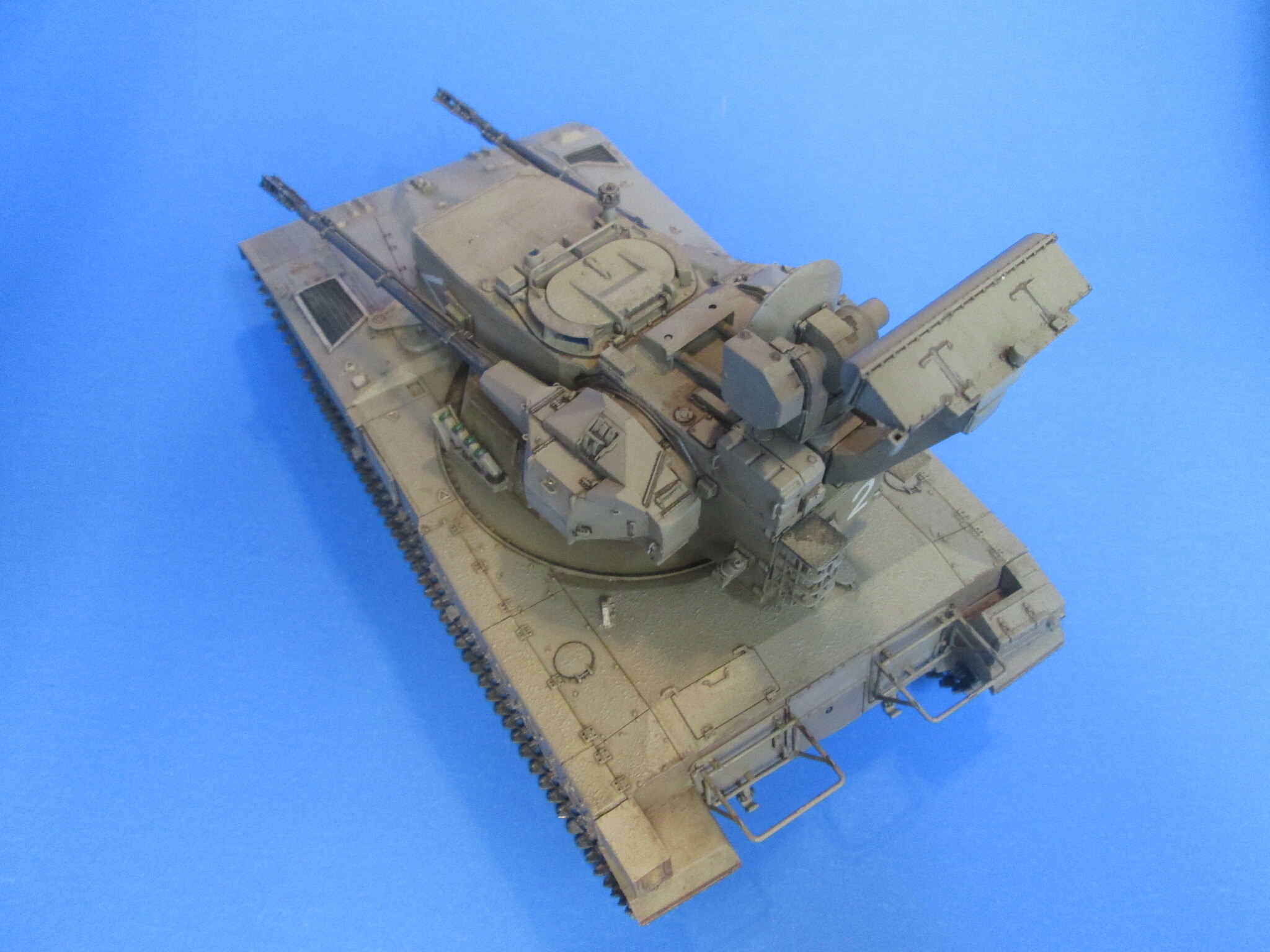 IMG_2625 by Russel Baer, on Flickr
I need to dust to thing, add some bits and do some detail painting, and maybe find a Wookie for the turret hatch…
Now what to do with the last Tamiya Merk in the stash?

While what if aren’t my cup of tea this really look cool.

Very well thought out and executed. They together perfectly. All of the angles and lines match like a set

I think it’s a brilliant build. Given the IDFs history of adapting anything with a working drive train for service. I could totally see this being fielded.

Did the Israelis capture any ZSU-23-4 Shilkas? That would also be a good one on a Merkava chassis.

Great idea, great use of spares and you have built a viable and very realistic looking aircraft killer…
What’s not to love about it ??

Great idea, great use of spares and you have built a viable and very realistic looking aircraft killer…
What’s not to love about it

Great idea, great use of spares and you have built a viable and very realistic looking aircraft killer…
What’s not to love about it ?

Exactly. As for “realism” most of my OOB builds probably seem "What If"s to the knowledgeable, if not "WTF"s…

As for “realism” most of my OOB builds probably seem "What If"s to the knowledgeable, if not "WTF"s…

Please submit a short write up and images and I will get it run as a feature on here. Very nice work and a convincing result.

Well that is just a fantastic kit mash-up right there. Looks brilliant- and a fantastic job adding the non slip texture too!

Did the Israelis capture any ZSU-23-4 Shilkas? That would also be a good one on a Merkava chassis.

We did, (I think both in '73 and '82) in such numbers, that the IDF actually considered putting them into service, but eventually the project was abandoned. At least some of the vehicles received IDF registrations. 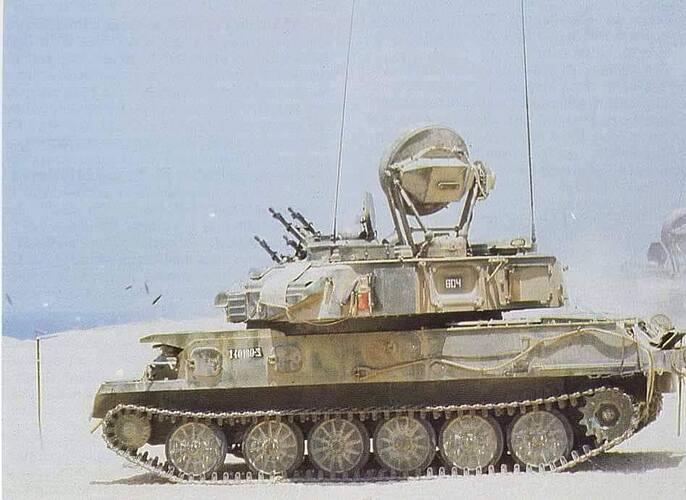 Great idea and result. While a what if it looks realistic.
For your last merkava why not an engineer version?

Olivier, I’d have to so something distinctly different than the Centurion-based vehicles, but I’ll percolate that for a while…

Very cool looking ‘whiffer’, and a well done job on construction and finish.

Looks great ! Very clever with the Merk. turret base as an adapter. 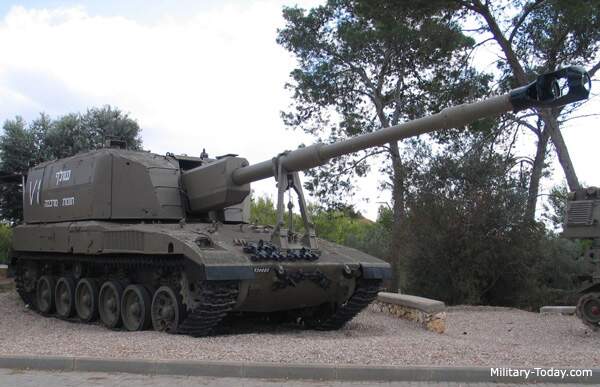 How about this to use your last kit for ?

Enjoyed this build and a great model!

Only just caught up with this Russel; love it - really interesting. I keep meaning to dabble in What-Ifs but never seem to get around to it - this might make me get a move on!

As for your remaining Merkava - how about an AVRE version (165mm demolition gun etc) or similar? Just a thought…