"What if" Merkava SPAAG 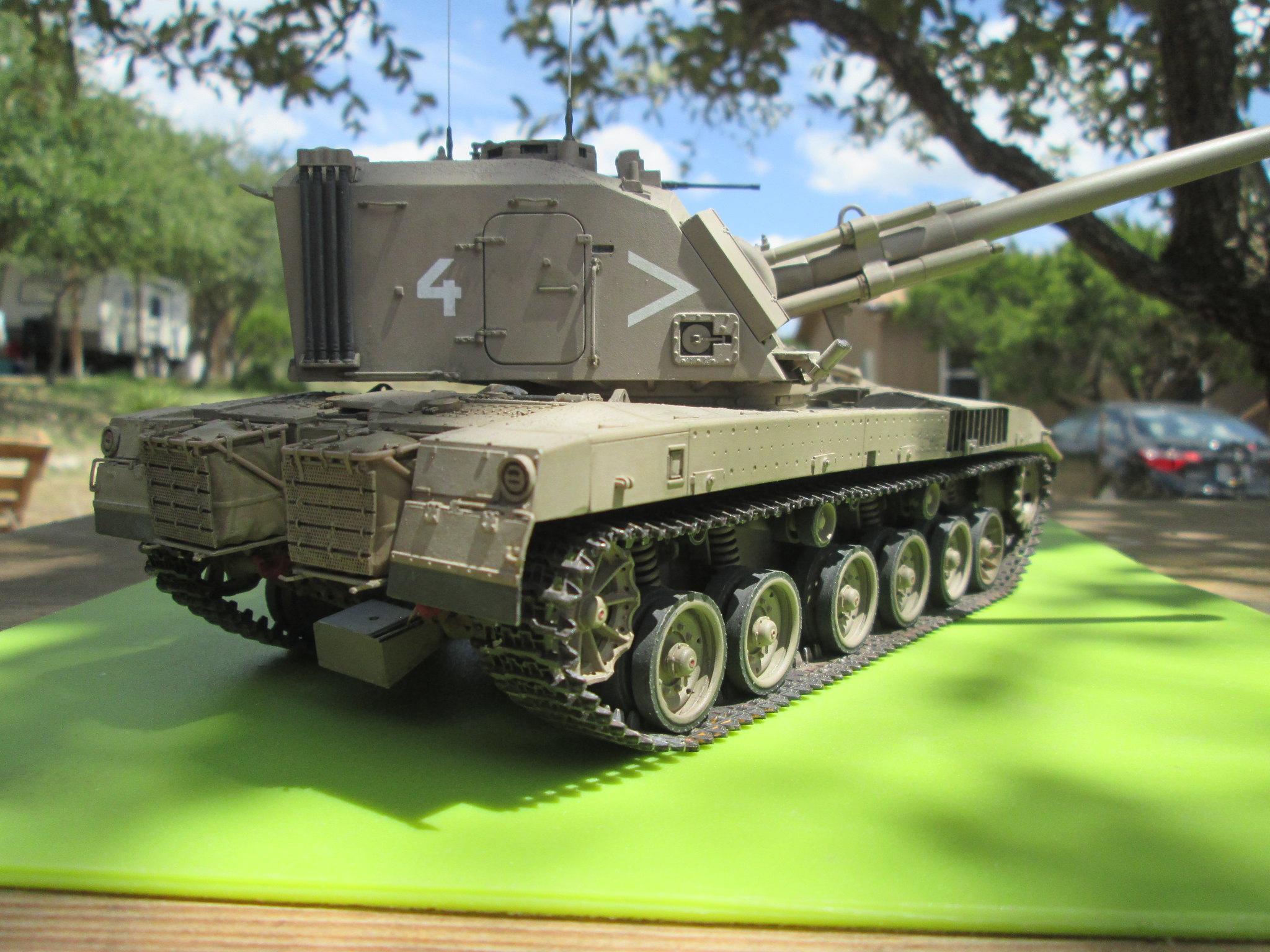 IMG_1870 by Russel Baer, on Flickr
I still think it’s another one of those “why didn’t this happen” things. I used the Meng AUF1 turret and Meng Merk3 hull, both kits bought with missing parts.
I’ve also done a couple based on M60 hulls, lotsa fun.

Here’s a few pics of the finished model. I couldn’t find anyplace to hang a tow cable, maybe later tonight. 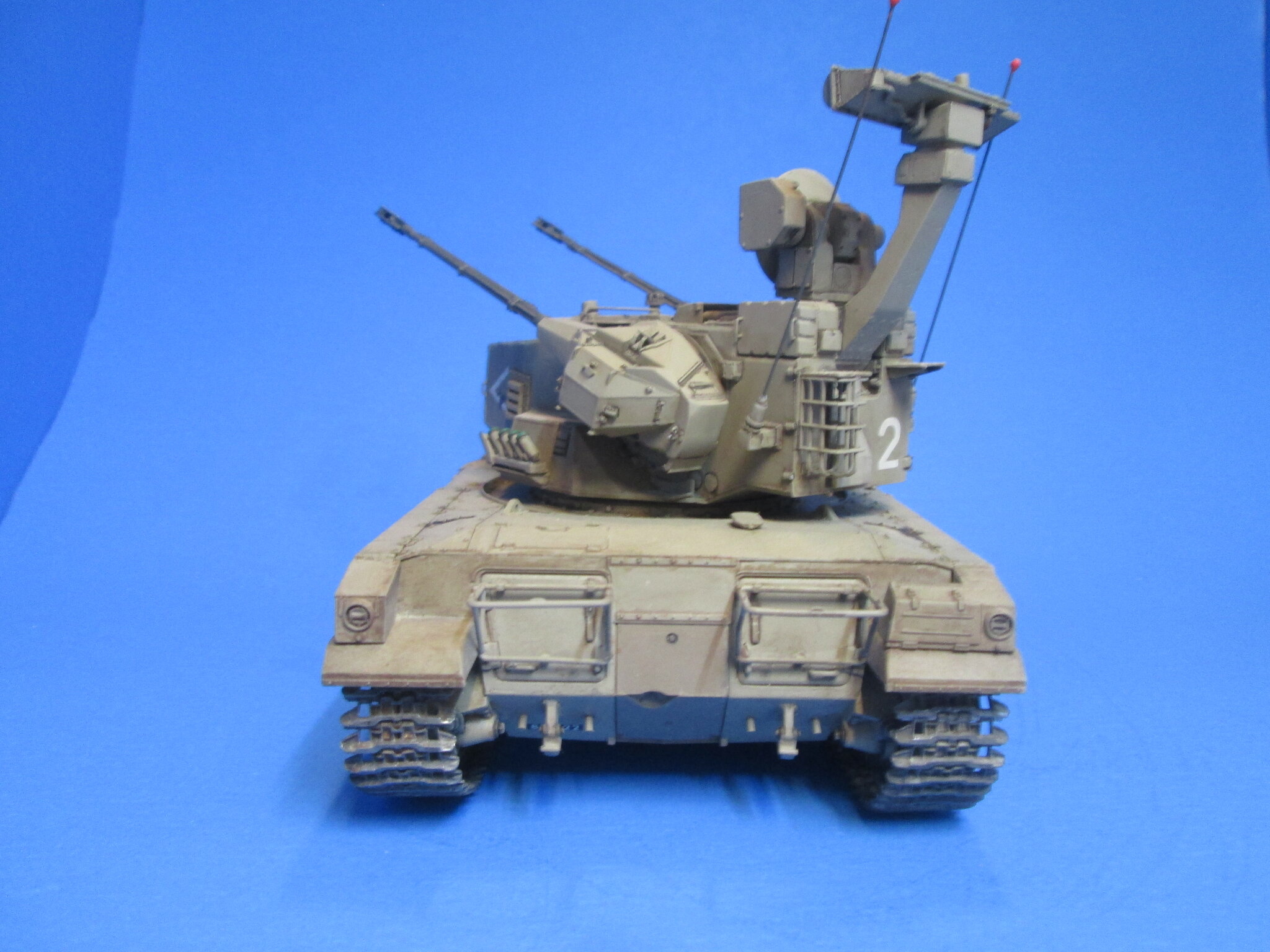 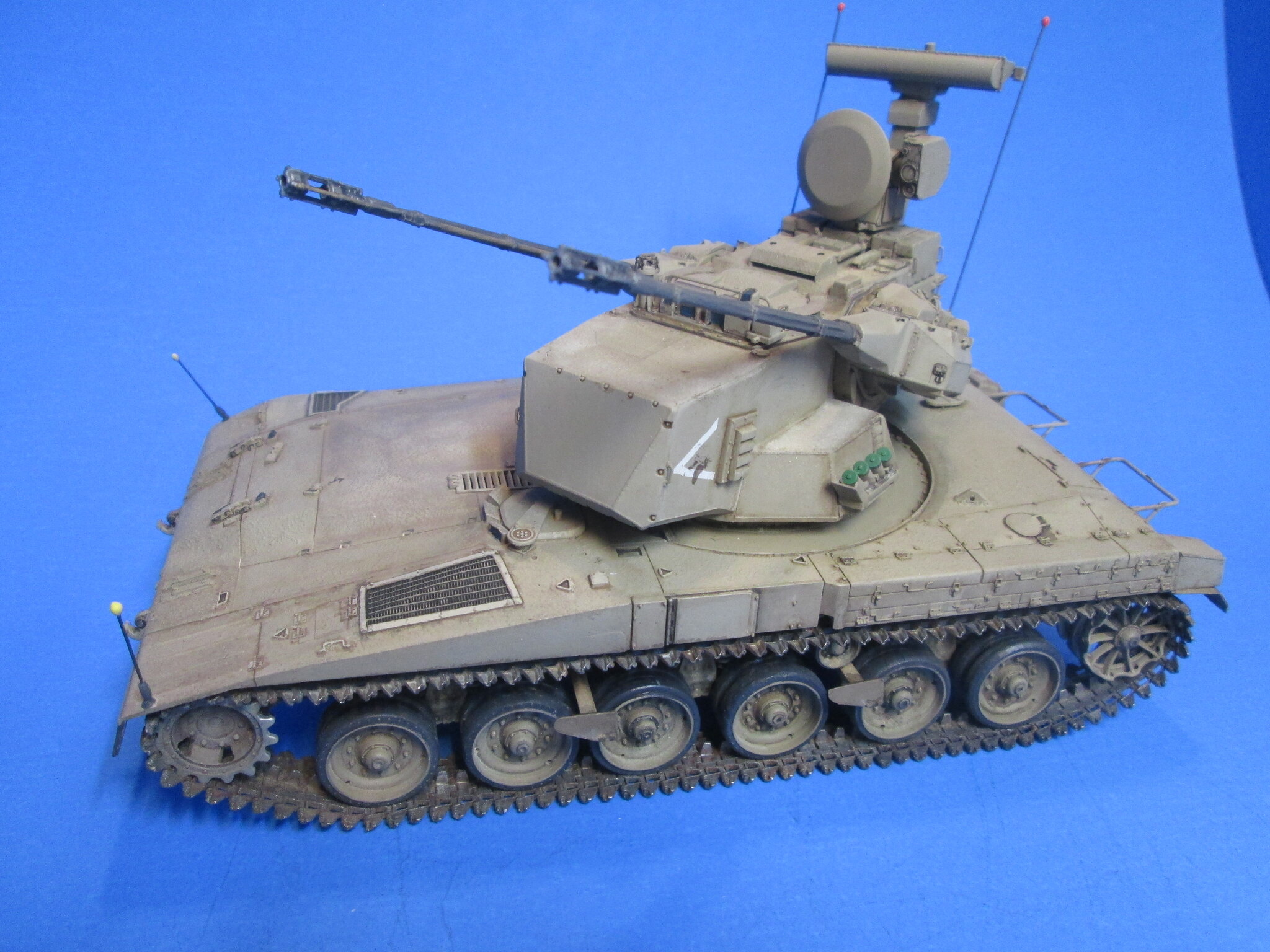 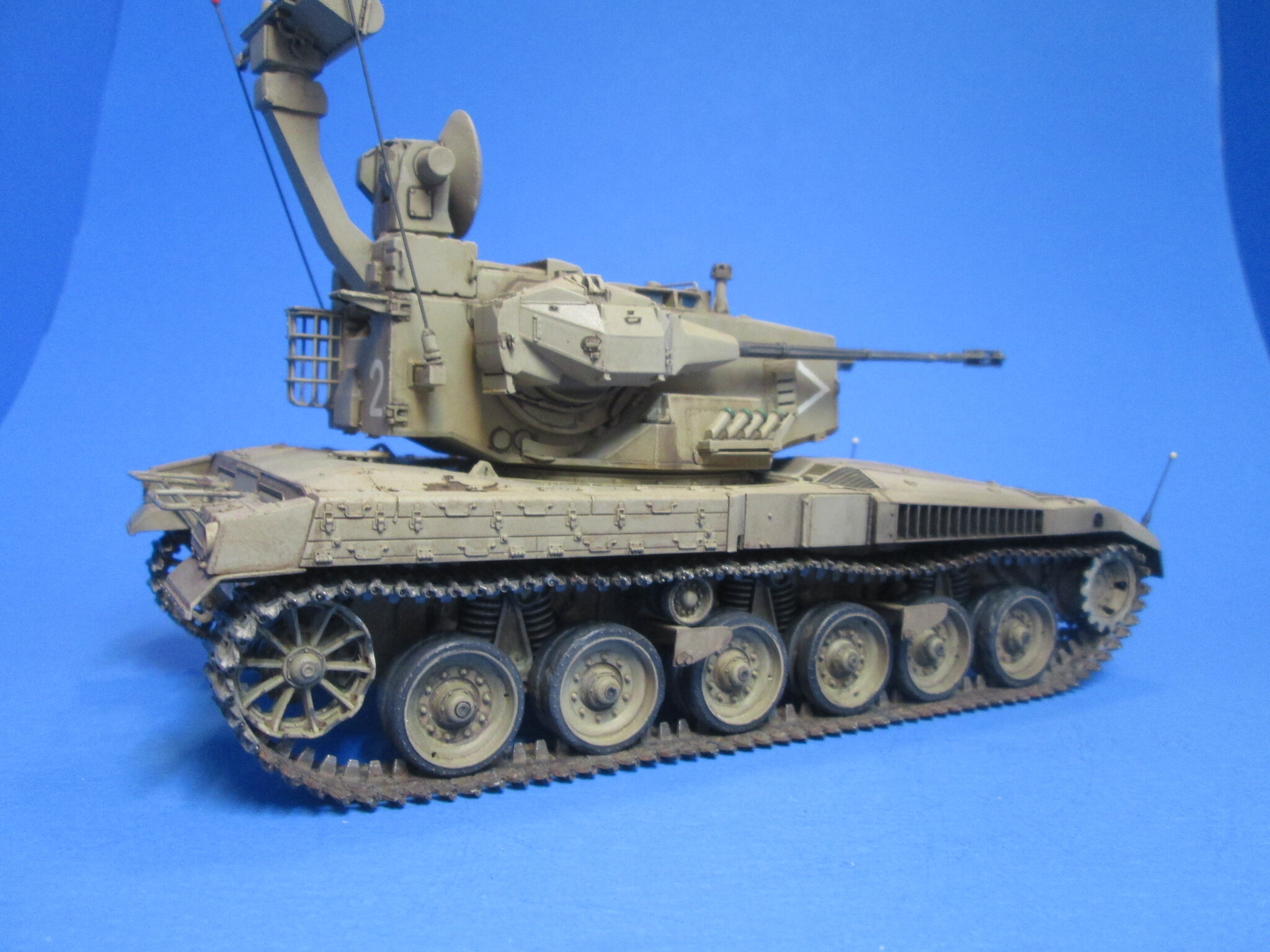 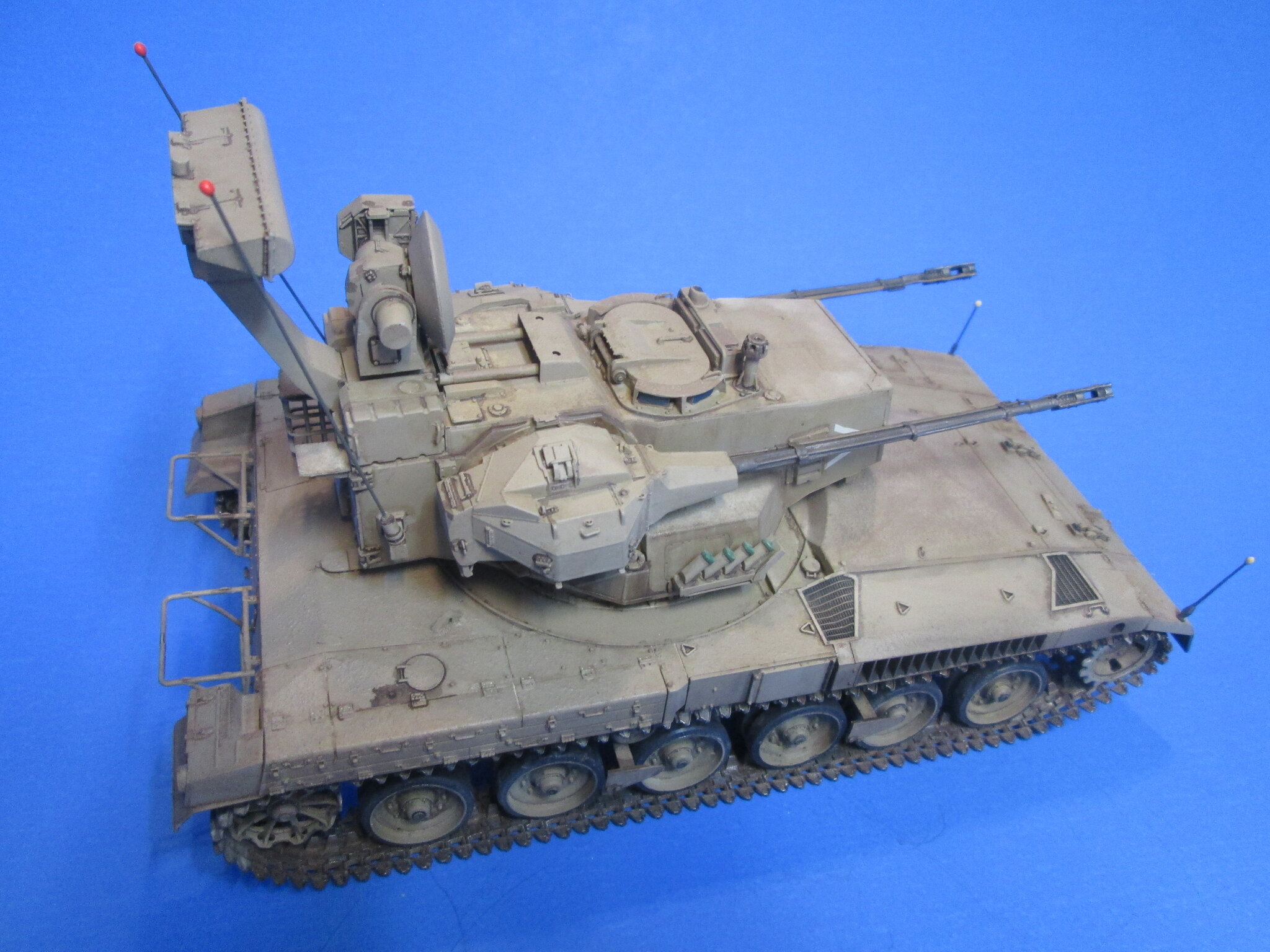 IMG_2631 by Russel Baer, on Flickr
Thanks for all the feedback, much appreciated.

Ok, very nice ! How about a bridge layer or ARV ? A Mercava hull might look cool with a big honkin’ launcher arm off the front. Or really go crazy & go with the IDF take on the Soviet IMR combat engineer vehicles, telescopic grabber/bucket arm & huge retractable dozer blade on the front.

Not a what if ,but you could do a stripped down cannibalized hull waiting for the scrappers. I believe AK interactive has published a book on early Merk hulks in all states of disrepair which I’ve been meaning to get. 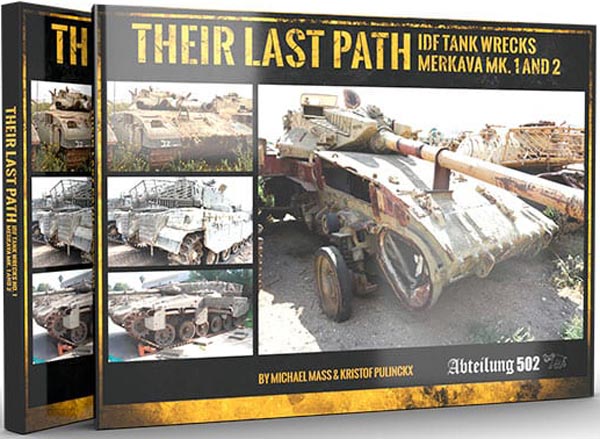 Personally I love what ifs. I actually find them more interesting than conventional models because we inevitably end up making some alternative history lore to go with them. Excellent job on the Merk!

Gotta percolate on this for a bit, lots of cool ideas here. In the meantime, I took it to an IPMS contest yesterday, and for those of you who are familiar with IPMS classes, I put it and the “Slammer2” in 330, lumped in with open top anythings fully tracked (I think) and self propelled artillery, wheeled or tracked. Dip me in plastic shavings, it got a 2nd, with the Slammer 1st. Cool beans.

Awesome ! Congrats. Any good vendor offerings ? I haven’t been able to make it to a show in ages.

Thanks all.
Sean, I only spent about $200, less than usual, but the vendors were out in force. Being IPMS, it was a lot of wingie things and cars, strong in the San Antonio area but I still managed to find a couple of things on my “want” list, along with some “what-if” fodder. The turnout of contest models was a little low based on the last event in 2019, but I thought the quality of entrants was up to standard, maybe even higher due to the extended time between shows. I saw some really nice work, especially in the automotive classes.

Great looking kitbash! That’s one of the best I’ve seen!