What if: T54E1 Vietnam diorama WIP

As the title says, currently working on a T54E1 diorama, any feedback welcome.

Still in the early stages but the build is complete I think. The kit is the infamous Dragon Black Label 3560 therefore I made a couple corrections as well to make it look more like the real thing. My aim wasn’t historical accuracy or anything, but to fix some of the molding quality issues. 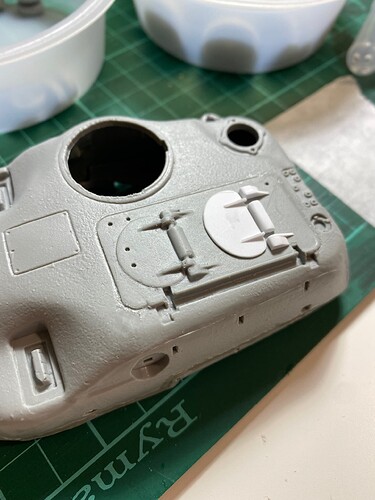 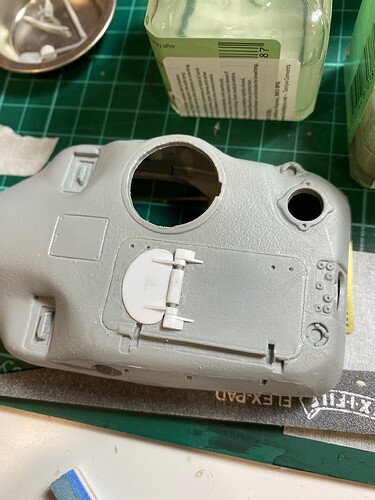 Also replaced the spring on the spring hatch with some lead wire (doesn’t look much better unfortunately, didn’t have a thin enough piece of wire) 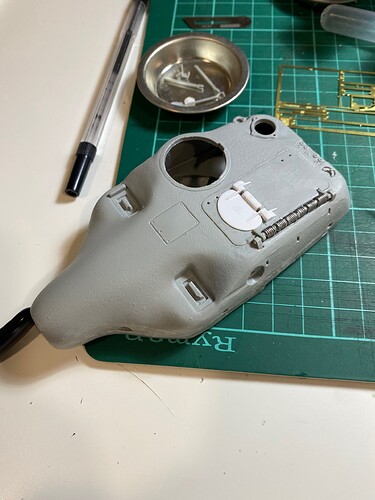 Correcting the turret ring, you can’t even put the turret on OOB without this, the turret edge will bump into the stowage bins on the fenders making you unable to rotate the turret into place. Shocking oversight from Dragon. 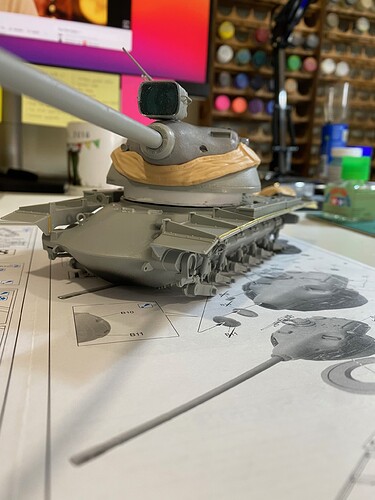 This is what it looks like after applying some casting texture, putty, stowage and models. Let me know what you think. 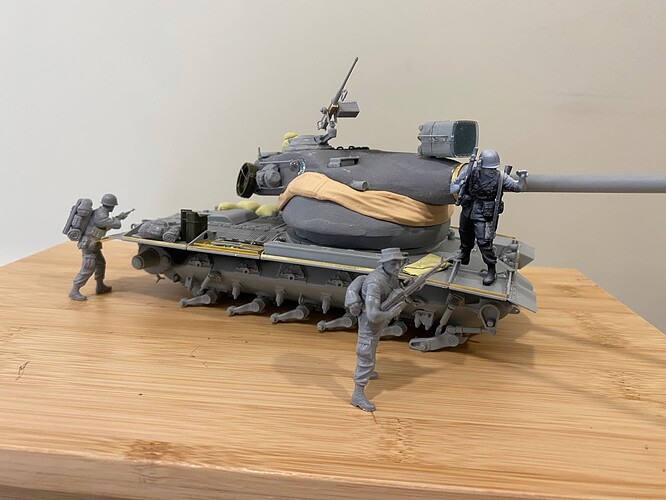 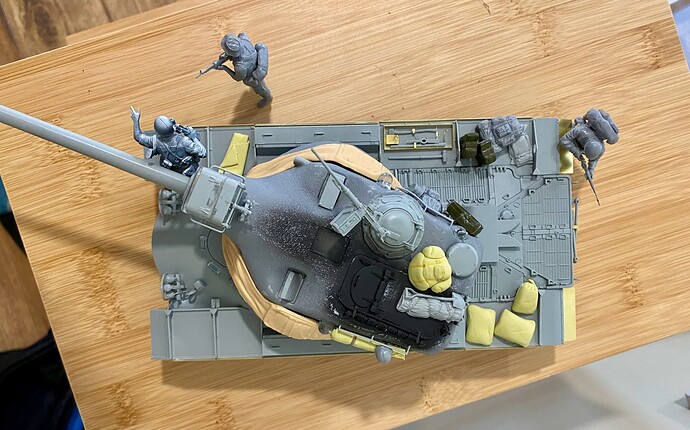 Cool! Never knew about this vehicle.

What was the fix on the turret? I’d very much appreciate it as this is not an unattractive model overall.

I recall a Modeller on Finescale Modeller explained such a fix some years ago but I believe that that info is no unattainable; anything you can offer would be very helpful.

The old armorama review covers most of the inaccuracies quite well (there’s a lot): Armorama :: Dragon Models 1:35 T54E1 Build Review

There is also a guide on Missing-Lynx for the turret rework. Happy to link it here if the mods don’t mind, but you can find it easily by googling ‘T54E1 Turret Re-Work’.

I didn’t go all-in, the collar of the oscillating turret is still inaccurate but I cut off the ring that attaches the turret to the hull, then raised the turret base by adding an oval cylinder made out of scrap styrene to the bottom. I then re-attached the mounting point to this cylinder and smoothed out the transition with some milliput. I hope that makes sense, I don’t have any photos of the process unfortunately. 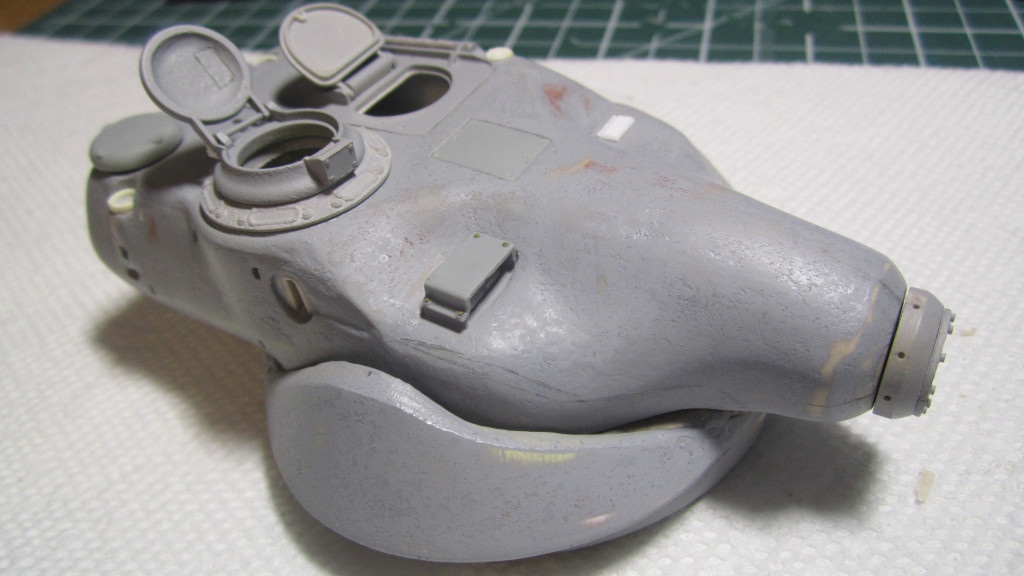 Hi guys, I am new to the forum.  First armour model in 20 years.  Been a Sci-Fi scratch builder for a while now.  I have decided to take on the re-

Thanks! All grist to the mill.

Thanks Robin; a fair bit of work there. However, I’ll add this to my Favorites and I’m sure it will come in useful (mind you, I haven’t even got the base kit yet - mainly because I knew about its shortcomings).

Yeah, you get a lot of modelling “fun” for your cash with this kit.
Something in the slogan “Black Label, A Quality Product of Dragon” sounds slightly off, can’t put my finger on it but there is something

Black label is the kiss of death for any Dragon kit. I don’t recall any boxing’s under the BL that hasn’t been torn to shreds for accuracy issues. I may be wrong but that is general sentiment I see for that line. Maybe that marketing invites the additional scrutiny not seen on other kits or the standard is held higher for once a high end model manufacturer.

what did you used to scratch the hatch? plasticard? Any idea on the scheme yet? I like the acessories you added on the hull and turret

Well, I’ve got mixed feelings about Dragon BL kits; I certainly agree with the accuracy issues - almost as if they just couldn’t, actually, be bothered. However, they gave us an M103 which I was slavering for, thinking that we’d never see one in plastic. That said, of course it really requires a huge effort to make it acceptable (as documented on the old Armorama site by Pavel); I probably won’t go as far as him when I do get around to it (mainly as I just haven’t the skills) but I reckon I can get something worthwhile out of it.

It certainly could have been much better and Dragon could have excelled themselves if, if they’d bothered; I’m a little at a loss as to why they didn’t.

Black Label also gave us the Kpz 70 - which I was delighted to see, thinking again, that we’d never get one in plastic. Again, they cut a few corners and it would have been a great success if they also produced the MBT-70 (a major effort mind as the hulls are very different). But the Kpz 70 looks a little more up to spec and I’m looking forward to getting the best from it once I manage to rationalize and even prioritize my builds.

So, as I say mixed feelings; they do provide kits that no-one else has/does.

You’ll note that I abbreviated Black Label to “BL” in my opening sentence; back in the 70s/80s, “BL” was also the abbreviation for British Leyland - a car manufacturer - noted for its extremely shoddy production values(!)

Black Label quickly became renamed Black Plague by modelers and the name spread throughout the worldwide modeling community like wildfire. Each and every kit in the line earned the moniker with flying colors.

Maybe the design team consumed too much 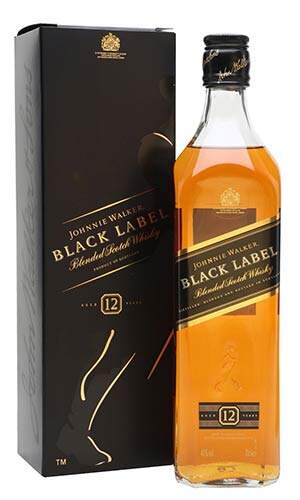