Oooh good idea Randy! If Im not mistaken there may be a build a photo 2021 Campaign, so someone could always do one on these!

During the “Leopard 2 Campaign” last year, these 2 paintings were suggested to build but none was realised …

I guess you could almost have a group build with only one subject : the Mandela Way T-34 in London 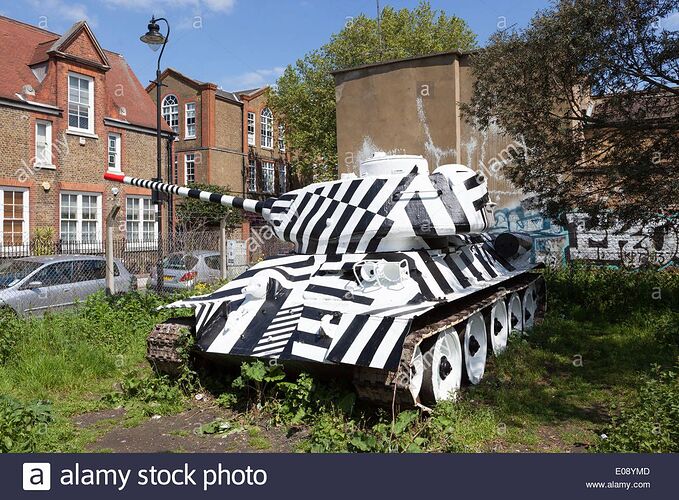 Those women knitted cozies for the tanks…we could have used them in winter, so our hands wouldn’t stick!

Oooh good idea Randy! If Im not mistaken there may be a build a photo 2021 Campaign, so someone could always do one on these!

I guess you could almost have a group build with only one subject : the Mandela Way T-34 in London 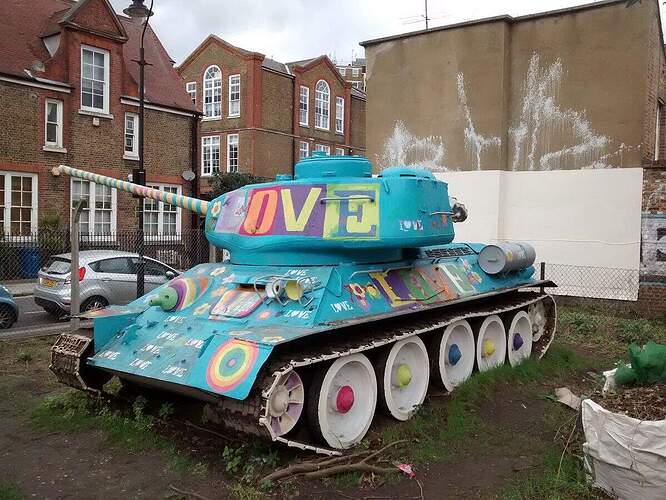 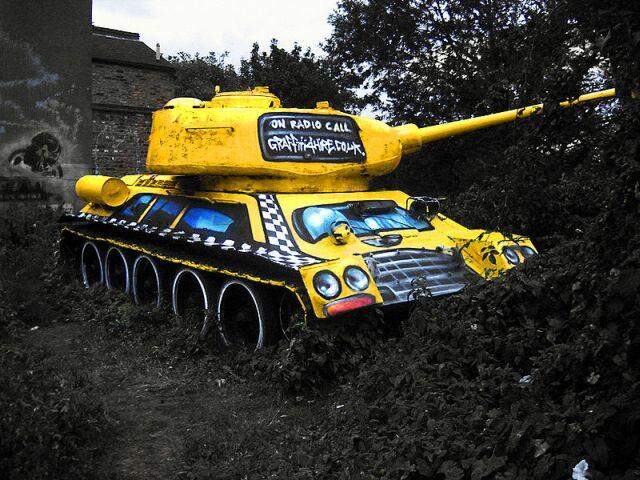 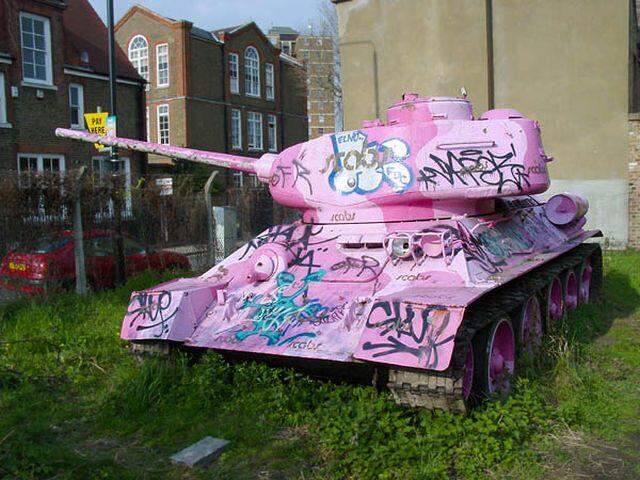 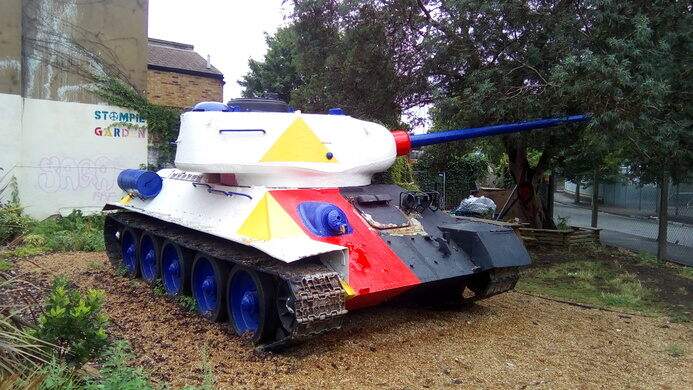 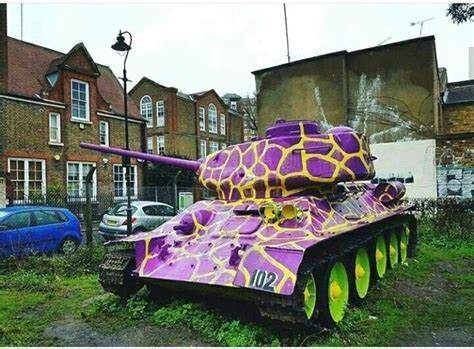 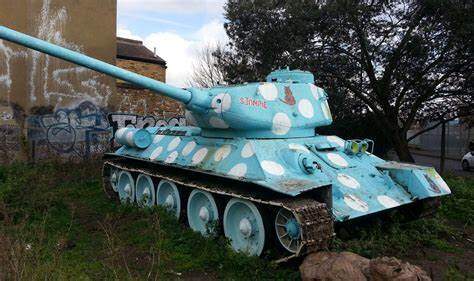 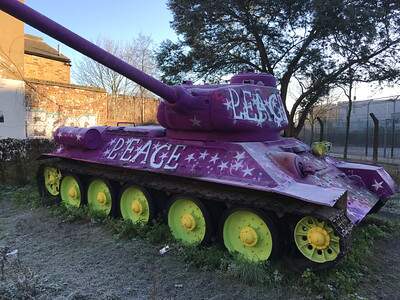 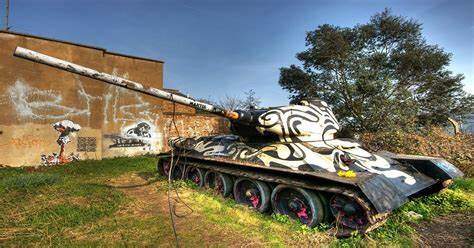 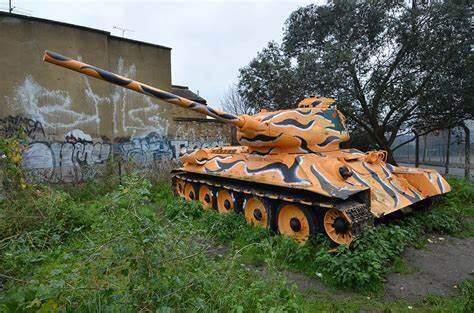 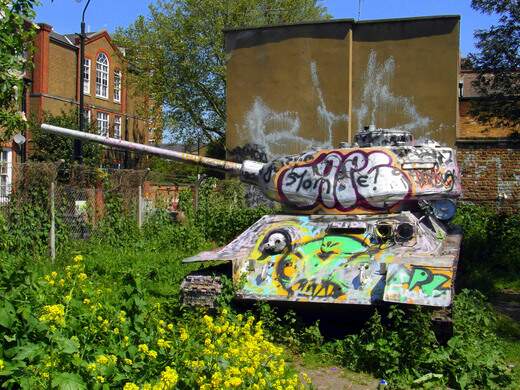 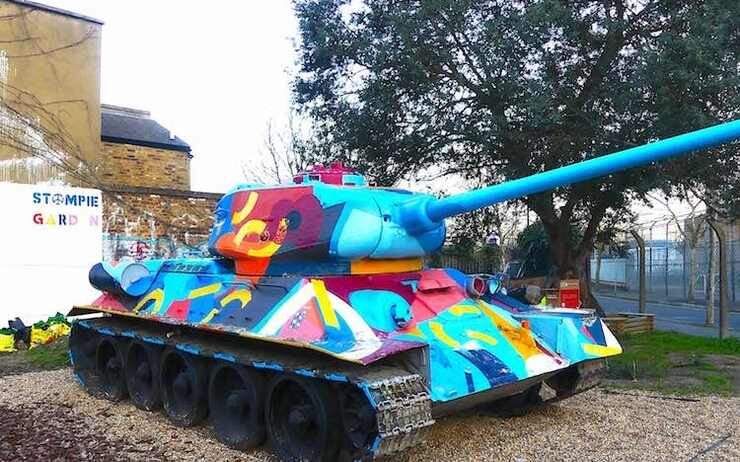 Only problem with a Mandela Way build is you’d need to keep repainting your model!

I’d just like to point out one of “Stompie’s schemes; the sky blue variant thanking the National Health Service for its service during the Covid Crisis: 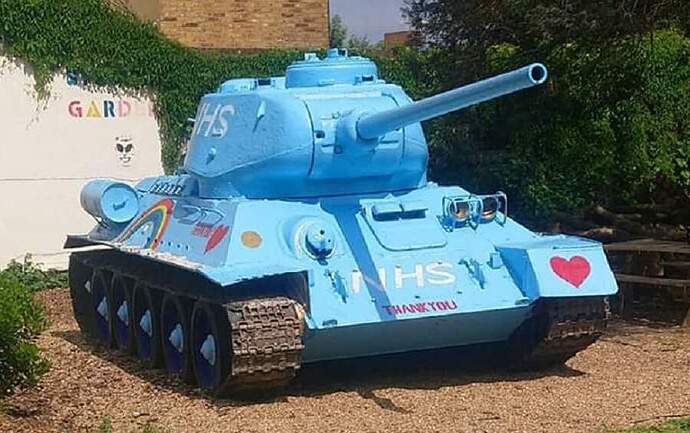 It is not unique as a private military tribute, a Supermarine Spitfire PR.XI (PL983 “L”) made morale-raising flights with the message “THANK U NHS” painted on it’s underside.

I thought another idea for a group build might be to take some crap old kit from the bottom of the stash that you’re never going to use and turn it into an imaginary “Stompie” celebrating a charity or institution that has particular meaning for you.

On a related note, there doesn’t seem to be as much old military hardware used as public memorials in the U.K. as in other countries; a lot of stuff went to the smelter in the scrap drives early in WW2 (along with a lot of decorative architectural ironwork which has never been restored). My Father once showed me the hardstanding for a WW1 Mk.IV Female tank on which he had played as a child; this was one of over 265 Mk.IVs (mostly Females) distributed after WW1 to towns that had raised money by buying War Bonds. Of these only one survives, it had been gutted to house an electrical sub-station and was still in use as such when many others were scrapped; some had gone even before WW2 in response to anti-war sentiments held by some local authorities. I cannot but wonder what its appearance would have been like over the years if it had survived to the present day.

Make it in 1/35 and you can hide it in SWMBO’s china cabinet.

Randy, when did you break in and photograph my model bench chair!?!?

I think that Dutch Leopard was part of a squad deployed to Hawaii to protect the big lava flow.