Where do shell casings go?

This is probably a really dumb question, especially for those that have served in a tank, but what happens to shell casings? I imagine on more modern vehicles they eject out a port as the gun recoils similar. But what about WWII vehicles? Were the spent main gun casings just haphazardly dropped into the turret basket floor / hull body to be cleaned out later?

Reason I ask is I am building a Churchill MkIII at dieppe. I am scratching building an interior and used afv club 6 pounder brass ammo to populate the ready rack in the turret. This set also comes with four shell casings I was gonna display, but I am wondering what the best way to do this is

Allot of that would depend on the vehicle .

Churchill MkIII. I imagine in the thick of it, they would get dropped on the floor to be cleaned up later

Yeah. With Dieppe being the slaughter it was I imagine they just got thrown wherever

Panzers often came with a catch for the casings, but they would have to be emptied fairly frequently as they were attached to the gun mount and there is only so much room in a turret. Other than that they get tossed out a hatch and picked up later.

In WWII some tanks just fall on the floor but like many german (if not all) have a fabric basket attached to the gun and then when you can you trow them out the hatches,some have small hatches or pistol port on the side/back big enough to slide the shell out without expose to much.

Perfect, thanks all. The Churchill has no such port, and the hatches are rather large. In a heavy fight I imagine they wouldn’t risk popping out to throw them out the hatch. I’ll go with having them scattered on the turret floor

I think that as long as they don’t risk getting stuck between the turret mechanism etc … they didn’t give much trouble apart from the risk of getting burned, a tank is not a place where you run around and risk tripping … it’s already nice if they have enough room to move from their seat.

However looking at some photos depending on the version some Churchill turrets have pistol ports on the side / back large enough to throw the empty shells, then it also depends on the situation, where the enemy is and how close he is.

Hi
My father mentioned that in Centurion, they had a large canvas bag in the turret to drop the cases in. Possibly just a NZ thing?

Cheers, I’ll double check my reference of the interior to see if there is anything like that. I don’t recall there being so on the Churchill though

I have looked at a ton of Churchill reference and dont recall anything like that . I have one more thing I can check today.

You can pitch them out of the turret roof hatches when the opportunity presents itself. Having them rolling around on the turret basket floor isn’t ideal as they get in the way.

Yeah and I guess 6 pounder shells were pretty light relative to 76 or 88 mm casings. Maybe I could display the shell casings on the beach around the tank

Tossed out a hatch as soon as the tactical situation permits.

In theory, and probably in training, the empties would be returned to the rack and then returned to the ammo resupply system at the next re-load. In combat… naw, not so much (if ever). 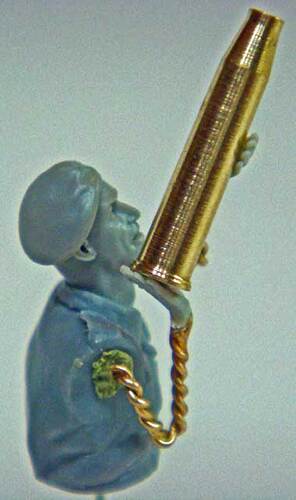 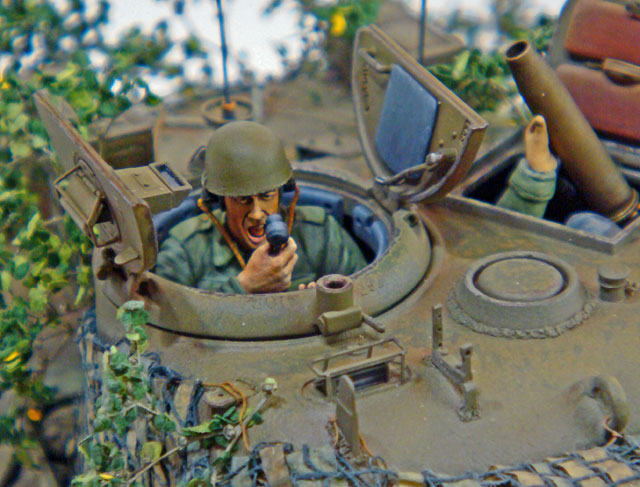 Like bread crumbs along the track of the tank… 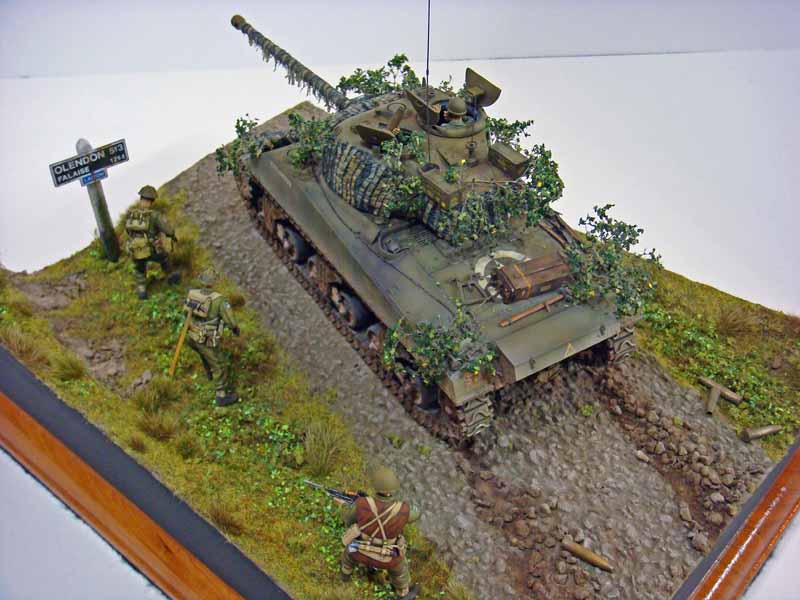 Okay this is what I think I’ll do. It makes tactical sense to get rid of them, anyone whose almost slipped on a casing at the range knows those buggers love to find their way under your feet.

It also looks nicer and more dynamic to display them like this! Thanks!

During the Korea War cause of a Army order due to 90mm shortage Marines built the cage on the M46 to capture used shells to turn in after action for more ammo. The rounds went out the hatch like you built or the side hatch.