Were there any aircraft in solid upper and lower colors? Without all that mottling I mean. Thanks.

Not sure about solid except for maybe night fighters but some had solid demarcation between upper and lower. For example this BF-109

I believe that there were some G-10s in the overall RLM 76 also. 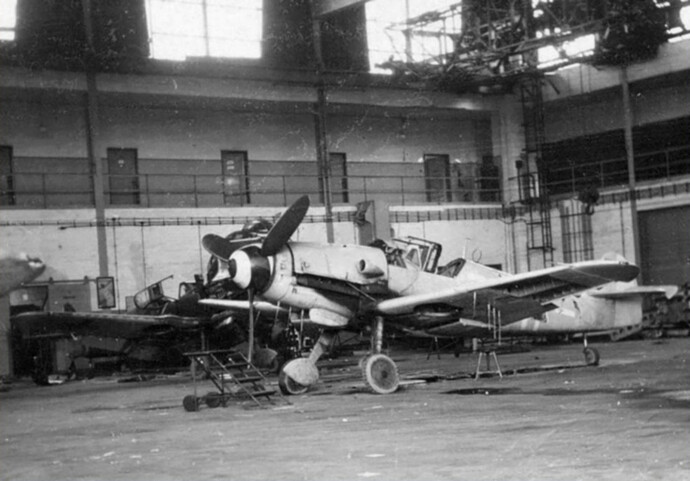 @STLDALE Up until about summer 1940, German fighters were camouflaged in two greens on the upper surfaces and light blue on the lower. The example that @Mead93 posted above is very good!

So if you want to do Luftwaffe fighters without mottling you should generally stay in the time period BEFORE summer 1940.

There are of course exceptions, several are mentioned above, further well known examples that are common as decal options in kits are JG 54 aircraft from the Eastern Front, both FW-190 and Bf-109.

If you include the Mediterranean Theater, there were certainly several types of aircraft that were just grey brown on top and light blue underneath.