Evening chaps,
Would anyone know where I could get 1/16 7.62 ammo belts? Flexible if possible, resin or metal also.
All help would be much appreciated

LIVE RESIN and SOL both make them.
Do a Google search for a shop near you.
Cheers, 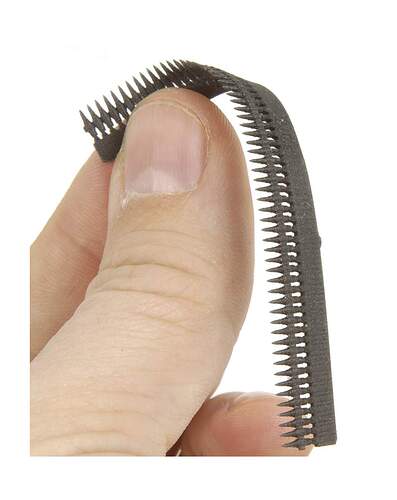 Nice one gents!
Nothing to be sorry about, Joe. Searching brought me to a few more possibilities for later ….

I also think there are some shells and cartridges from Master Model in 1/16 but don’t remember which calibers are covered by the company’s offerings.

Gary, ha, can’t wait to see what you’re up to

Yes of course there is a size difference for sure…I just got “trigger happy” when
I saw the OP…LOL!

I don’t know what kind of gun your using, but keep this in mind: 7.62 ball ammo gets heavy when in a 300 round belt. Typically cut to 30 rounds and maybe 45 rounds max. I shot a lot of 50 round belts, and after four or five you got tired. Many infantry guys used 20 to 30 rounds belts while standing or walking. Much longer and they work against you. The real issue you’ll have in scratch building a belt is not the rounds so much as the metal links. Don’t forget the orange juice can on the side of the receiver (M60 of course)
gary

Hi Gary,
You’re right about it being an M60😁
I managed to finally get hold of the Verlinden M60 gunner from Desert Shield era. One question though, was the ‘orange juice’ can used at this time?
Thanks in advance

have no idea about Desert Storm and it’s use. The M60 always had a feeding issue without an assistant gunner. The orange juice can makes the belt go up and then down into the receiver. Doesn’t always hang up, but seems to at the worst of times. The M60 had some revisions done to it, so they may have redid that issue. I know I like the basic layout of the newer gun better than the old one. What I’d have given for the forward pistol grip! I shot alot standing up, and weighing a big fat 140lb. made it a beast to hang on to. Still you learn.

The belt length is really each individual’s taste. If I was shooting out of a bomb crater and not moving around much; I might well have a forty to fifty round belt. But if I was moving; it’d probably be thirty rounds and maybe even twenty. Don’t forget that the M60 is considered to be a crew served weapon (what crew?), so the guy was issued a side arm. In my case a 45, and kept it under my shirt and out of sight. Also many folks get the belt wrong when hanging a couple belts on the torso. The base of the case is always towards the neck with the pointed ends out away from the neck. I learned the hard way!!! Normally the assistant gunner will also carry the extra barrel, but not always. Sometimes the actual gunner will carry it tucked away on his ruck sack. Then there will be the mitten used to grab the hot barrel. (another design flaw). A good kid can swap out the barrel in a minute or less, while an MG42 crew did it in 15 seconds. That mitten was always exposed to aid in finding it when your in a serious hurry.

I think it may be forbidden to paint something on the modern guns. I named mine “Digger II”, but have seen everything from the Queen of hearts to a hang man’s noose. If the gun has been shot a lot; don’t forget to weather it. There will be a lot of grey on the top sheet metal, and a little bit of bare metal on the high points of the gun. I (after a month or so) wired the bi-pod in a fixed and folded position. Later I used hemp rope as it made less noise. Wrapped a sand bag around the butt stock and another was tied to the lower part of the barrel shroud with shoe laces. Doubt they do anything like that now, but I’d spread the sand bags out to prevent the muzzle brake from kicking up dust. The sling is an odd issue. Sometimes I used it and sometimes I didn’t. I’d think they used the sling. Be sure to really weather the hardware on the sling. I think they were made of brass, and painted black. (could be wrong as it’s only been 50+ years). I’ve seen O.D. slings and even black ones.

good luck and make him look the part!
gary