Kind of an oddball scale at 1/18 (I don’t know of any 1/18 modern model kit planes), but it looks really cool as a standalone figure. There are other photos on the Reedoak website. I’ve no affiliation with Reedoak. 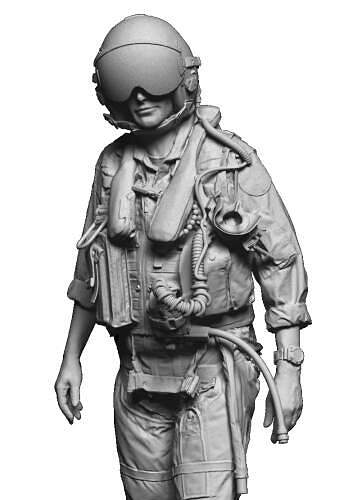 There is a 1/18th scale F-14A Tomcat by JSI so this figure should be nice to go with that kit (unless the helmet and other gear is too modern for a typical A).

BBi released many moons ago an 1/18 F-16, F-18 and F-14 in pre painted and mostly assembled form. 21st Century had F-104s in the same form. Merit released a Harrier in kit form that may have been originally intended as a BBi prebuilt.