I’ve been wanting to build a Maverick for a VERY long time but there aren’t many kits to choose from. The best offering (and this isn’t saying much) is the Jo-Han kit. I was fortunate to get mine from someone on another forum for the mere price of $50. These kits are running around 300+ bucks nowadays so 50 bones is a friggin’ steal. Then there came the matter of subject. I was looking for a car to build…you know…a pattern. Nothing struck my fancy for the longest time until I found Dyno Don’s car. Man…I was smitten! Just an evil lookin’ car! So …I set out to build it. 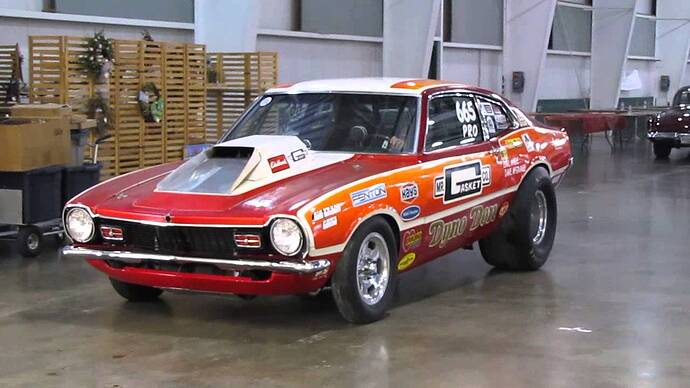 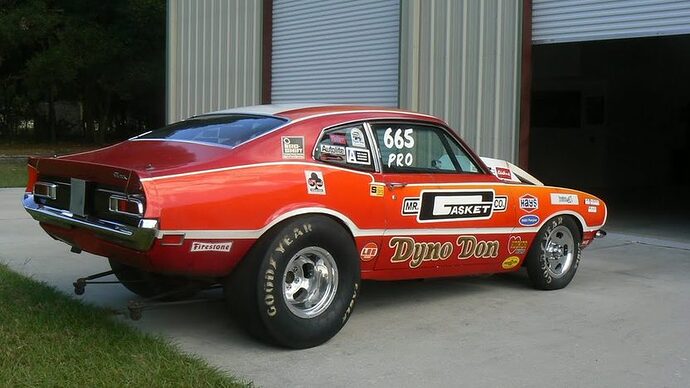 When I started this project one year ago almost to the day I just didn’t realize what ride I was in for. This started life as a Jo-Han kit and I quickly found out that it would become much more on down the line. The only things used out of this kit were the body, base interior tub (which got modified at that) and the engine. The rest…went in the trash. The chassis is from AMT’s 67 Mustang Fastback, interior is almost all aftermarket stuff to include the 27 piece shifter and the 25 piece seat belt harness. In fact so much scratch and up level detailing was done in the interior that I don’t even know where to start. Total parts count for the interior alone is 125 pieces in all. Extensive mods were done to the chassis to get everything to “work” and although not accurate it allowed me to achieve the stance and overall look that I was after. Probably the BIGGEST hang up I had with this car was trying to figure out how to fabricate the shock tower/ inner fenderwells for it because I just couldn’t get anything to work. After MANY hours in thought and experimentation I ended up fabbing them up from soda can aluminum. I used Tamiya’s Pure Red with a Testors Wet Look clear. Car decals were from a supplier on Ebay…forgot the vendor.

Wheels and tires are from the parts bin except for the rear wheels which I used from Revells 41 Willy’s gasser kit. All lettering on the sidewalls of the tires are from Slixx decals. The engine has details from so many different suppliers that I forgot half of where I got everything from. LOTS of scratch work though. Cooling fans are from the Revell Rick Dobbertin Pontiac J2000 kit and again…were heavily modified to fit into this car. This was definitely a test of my abilities as a modeler to say the least but I learned ALOT from this build (as well as learned a few new curse words). There are inaccuracies that’ll be noticed by anyone who knows anything about this car and a few liberties taken here and there in the name of adding interest to the car but I feel like it came out alright. I also left off the wheelie bars. I was going to scratchbuild a set but the longer I looked at it the more I thought that they would detract from the overall looks of the car. Any how…I present here…the finished product. 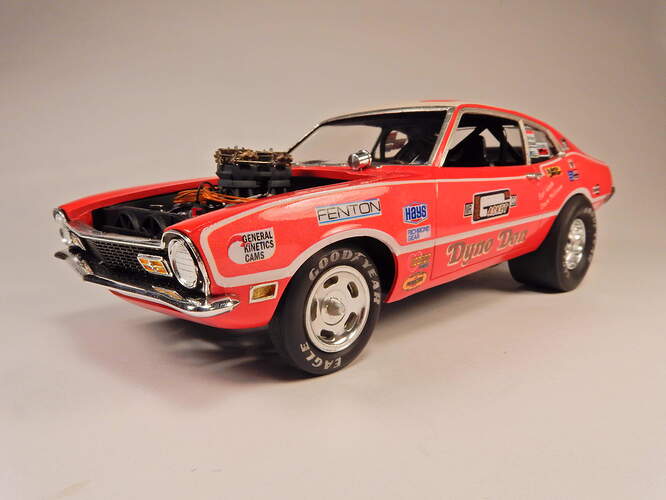 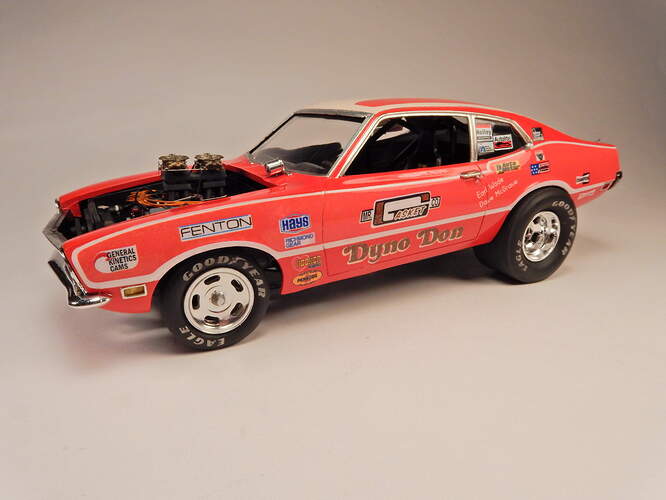 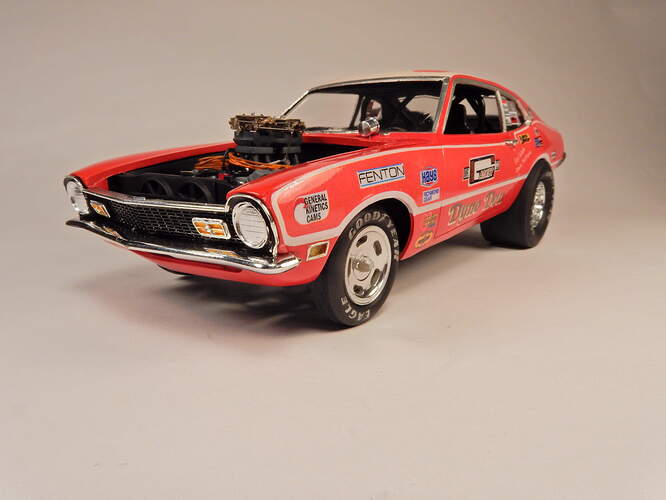 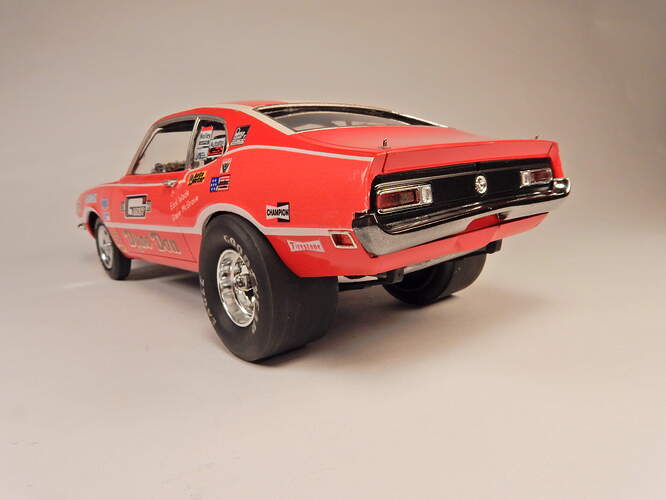 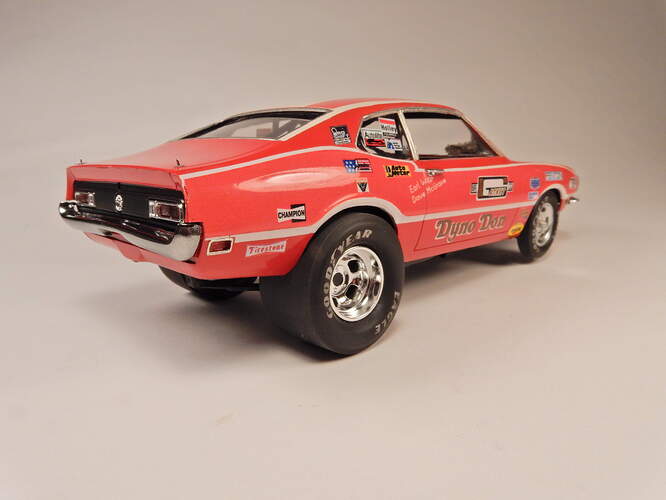 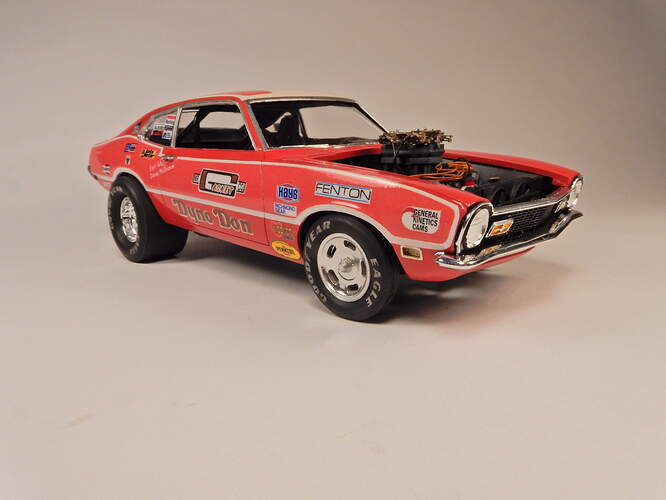 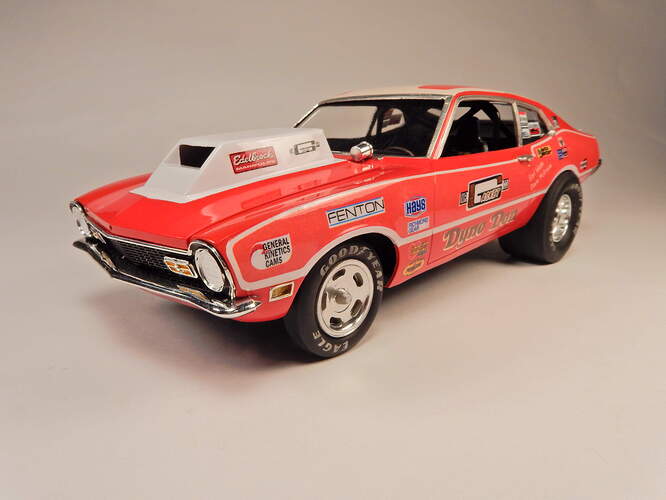 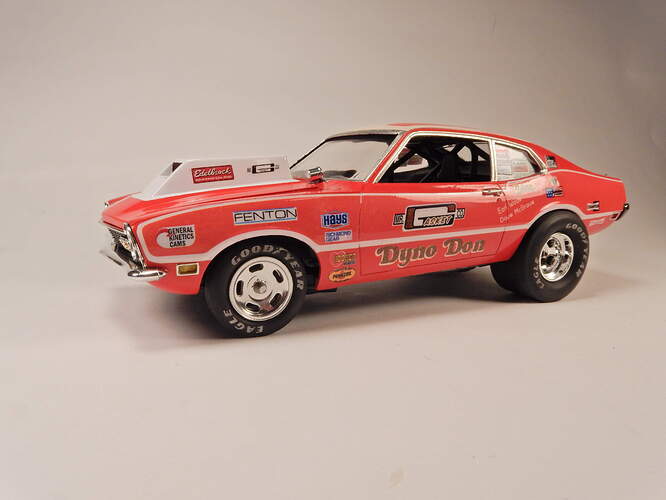 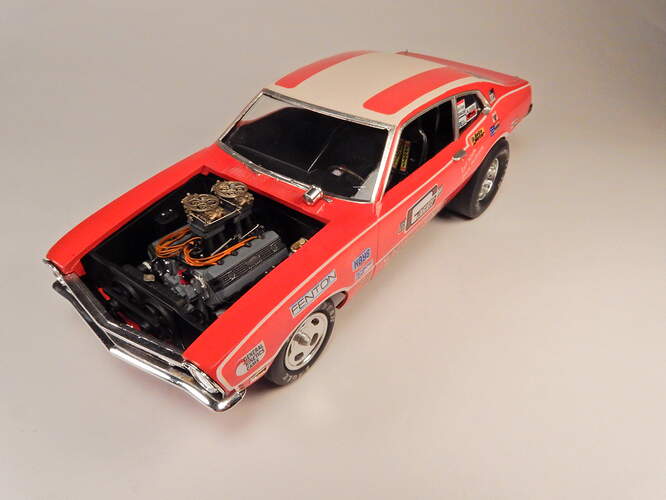 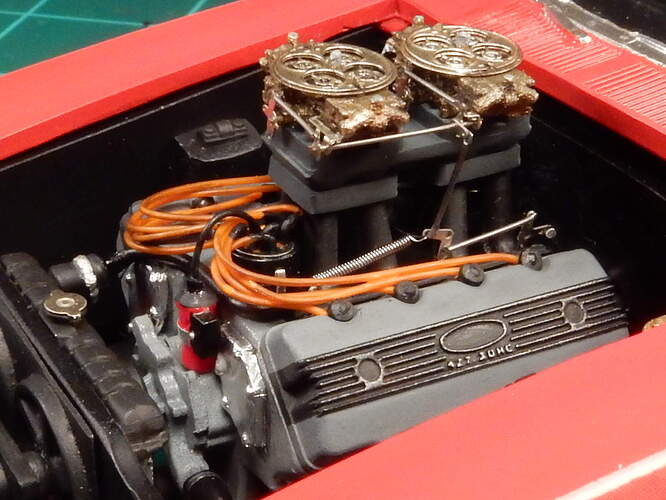 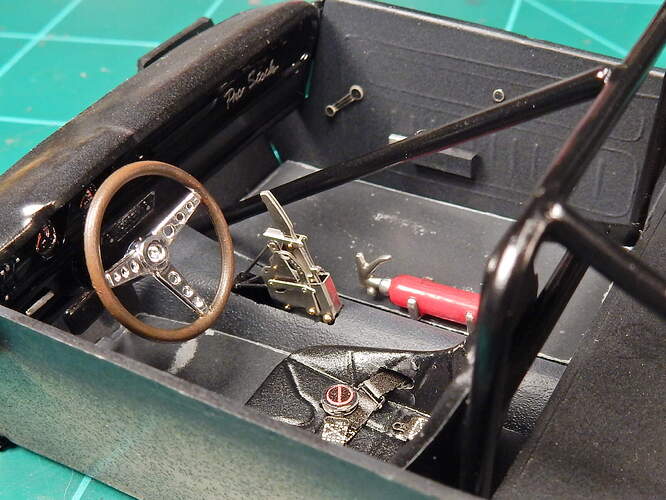 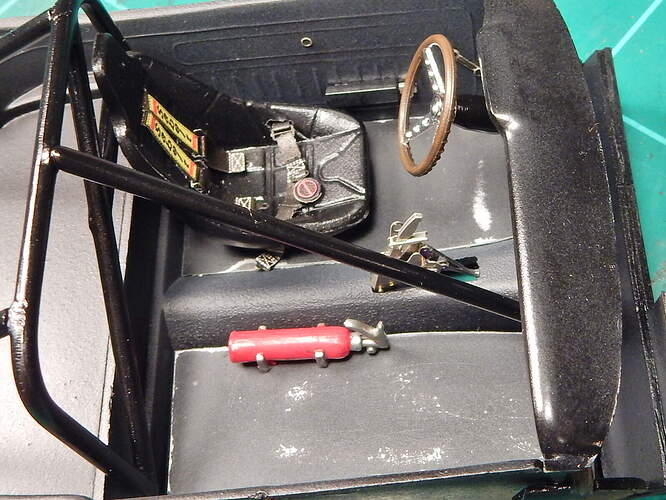 Thanks AB! I’ve got another one in the works that I’m going to build into Hubert Platt’s “Georgia Shaker”. I’ll post that build thread up at some point.

Very nice build, unusual subject matter! You have done a wonderful job on the old Jo-Han kit , the body work and interior detailing came up beautifully.

Thanks D. 'Preciate the comments. About the ONLY things good in this kit were the body, base interior tub and engine. Everything else…can go in the trash. lololol

It was around Christmas time when I finished so it went in my garage like all my current builds do until they get replaced by the next one. 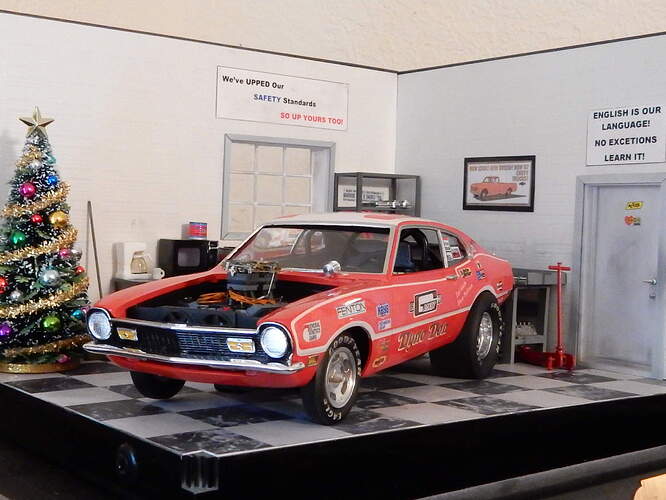 Joseph,
I’ve seen my fair share of super detailed stock bodied dragsters, but none any better then yours, and most not up to your level.

While I’m a road racing type of guy, I do appreciate and admire the amount of time, effort, sweat, and determination into converting that old Jo-Han kit into a truly remarkable replica. With that said, I’m still willing to bet that i’ve learned more cus’ words after all my years in modeling then most.

The interior is just amazing as I’m familar with that PE shifter, and I still can’t imagine how one gets it together so that it looks like yours does. Excellent job on building up the full seat harness. I always struggle with those belt adjusters right below the belt makers name.

And I’m just as impressed with the detailing of the engine compartment. Everything looks as it should. Your choice of Metalizer colors really adds that little extra something as one would have a hard time deciding real from model.

Last but certainly not least is your excellent paint job, decaling, and gloss finish. Very well done is putting it mildly.

Looking forward to your next posted build.

Thank you Johnny and Joel.

Awesome build there! The garage is cool too

Joseph,
the main thing is that your pushing your limits and moved up the ladder a few rungs. That’s the important thing.

Thanks Mark! I’ll have to create another thread for the garage. I had a great time building that.

Joel: You’re right about that brother!!!